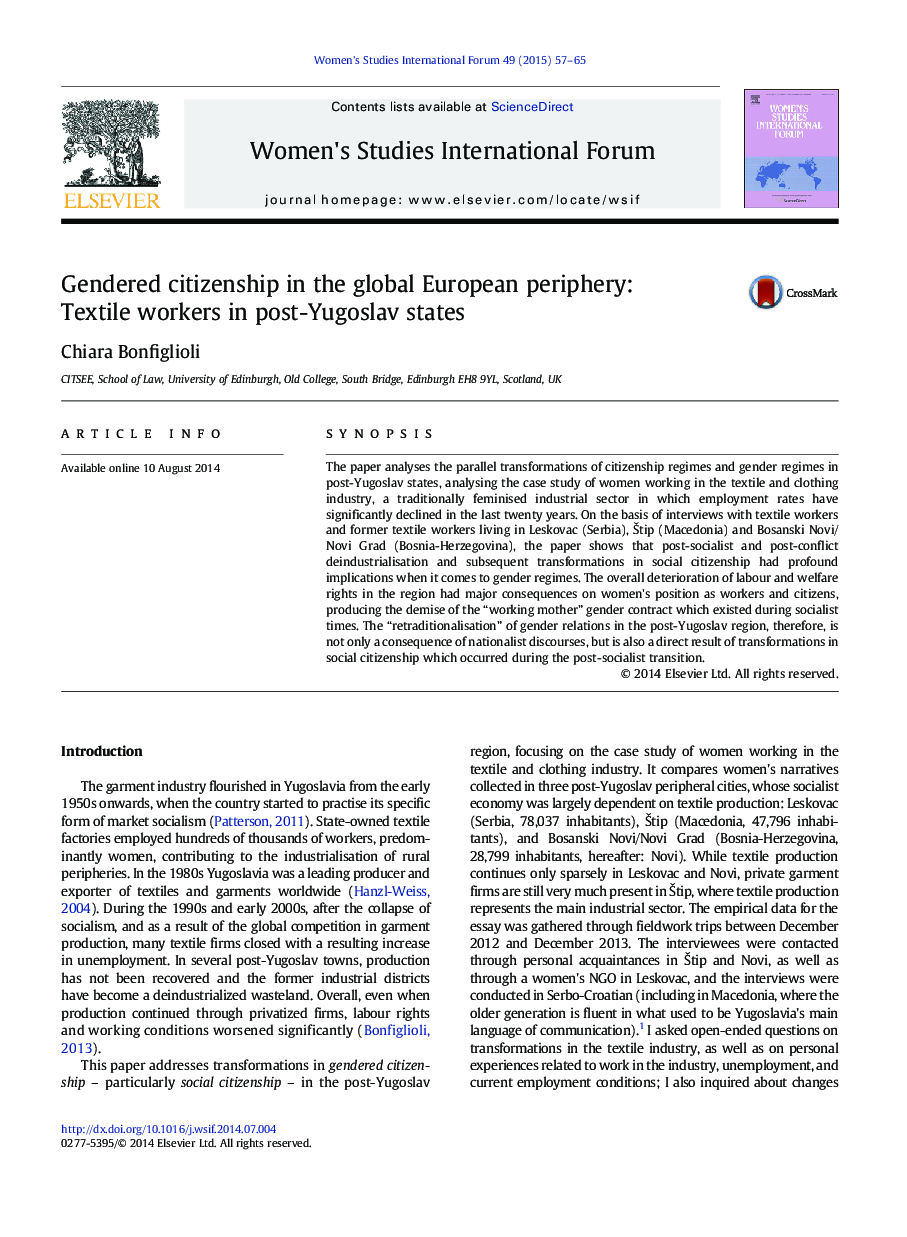 SynopsisThe paper analyses the parallel transformations of citizenship regimes and gender regimes in post-Yugoslav states, analysing the case study of women working in the textile and clothing industry, a traditionally feminised industrial sector in which employment rates have significantly declined in the last twenty years. On the basis of interviews with textile workers and former textile workers living in Leskovac (Serbia), Štip (Macedonia) and Bosanski Novi/Novi Grad (Bosnia-Herzegovina), the paper shows that post-socialist and post-conflict deindustrialisation and subsequent transformations in social citizenship had profound implications when it comes to gender regimes. The overall deterioration of labour and welfare rights in the region had major consequences on women's position as workers and citizens, producing the demise of the “working mother” gender contract which existed during socialist times. The “retraditionalisation” of gender relations in the post-Yugoslav region, therefore, is not only a consequence of nationalist discourses, but is also a direct result of transformations in social citizenship which occurred during the post-socialist transition.