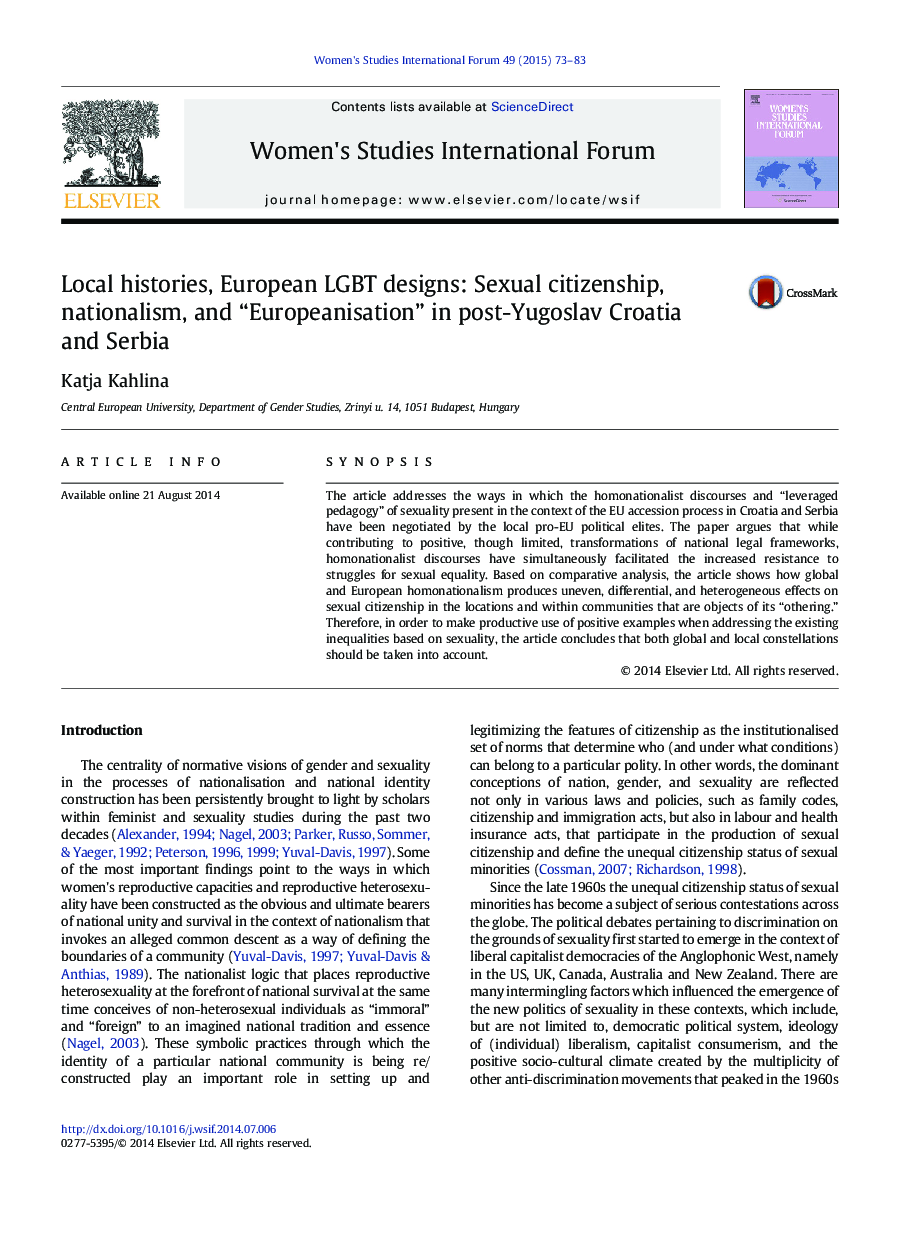 SynopsisThe article addresses the ways in which the homonationalist discourses and “leveraged pedagogy” of sexuality present in the context of the EU accession process in Croatia and Serbia have been negotiated by the local pro-EU political elites. The paper argues that while contributing to positive, though limited, transformations of national legal frameworks, homonationalist discourses have simultaneously facilitated the increased resistance to struggles for sexual equality. Based on comparative analysis, the article shows how global and European homonationalism produces uneven, differential, and heterogeneous effects on sexual citizenship in the locations and within communities that are objects of its “othering.” Therefore, in order to make productive use of positive examples when addressing the existing inequalities based on sexuality, the article concludes that both global and local constellations should be taken into account.