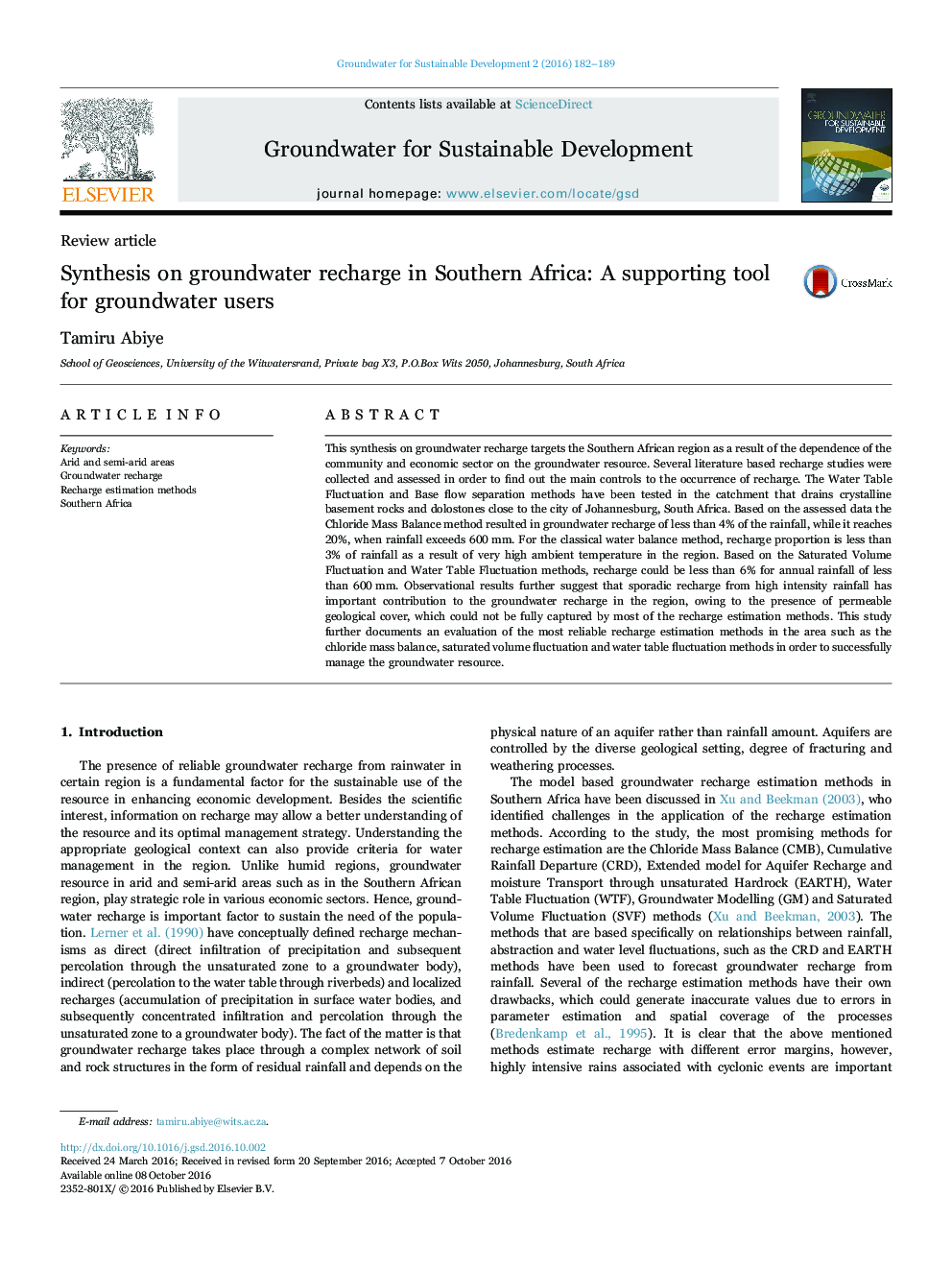 • Southern Africa is very sensitive region due to arid and semi-arid climate.
• Variability in recharge controls groundwater availability and impacts management.
• Tracers and aquifer based recharge estimation methods are reliable in the region.

This synthesis on groundwater recharge targets the Southern African region as a result of the dependence of the community and economic sector on the groundwater resource. Several literature based recharge studies were collected and assessed in order to find out the main controls to the occurrence of recharge. The Water Table Fluctuation and Base flow separation methods have been tested in the catchment that drains crystalline basement rocks and dolostones close to the city of Johannesburg, South Africa. Based on the assessed data the Chloride Mass Balance method resulted in groundwater recharge of less than 4% of the rainfall, while it reaches 20%, when rainfall exceeds 600 mm. For the classical water balance method, recharge proportion is less than 3% of rainfall as a result of very high ambient temperature in the region. Based on the Saturated Volume Fluctuation and Water Table Fluctuation methods, recharge could be less than 6% for annual rainfall of less than 600 mm. Observational results further suggest that sporadic recharge from high intensity rainfall has important contribution to the groundwater recharge in the region, owing to the presence of permeable geological cover, which could not be fully captured by most of the recharge estimation methods. This study further documents an evaluation of the most reliable recharge estimation methods in the area such as the chloride mass balance, saturated volume fluctuation and water table fluctuation methods in order to successfully manage the groundwater resource.