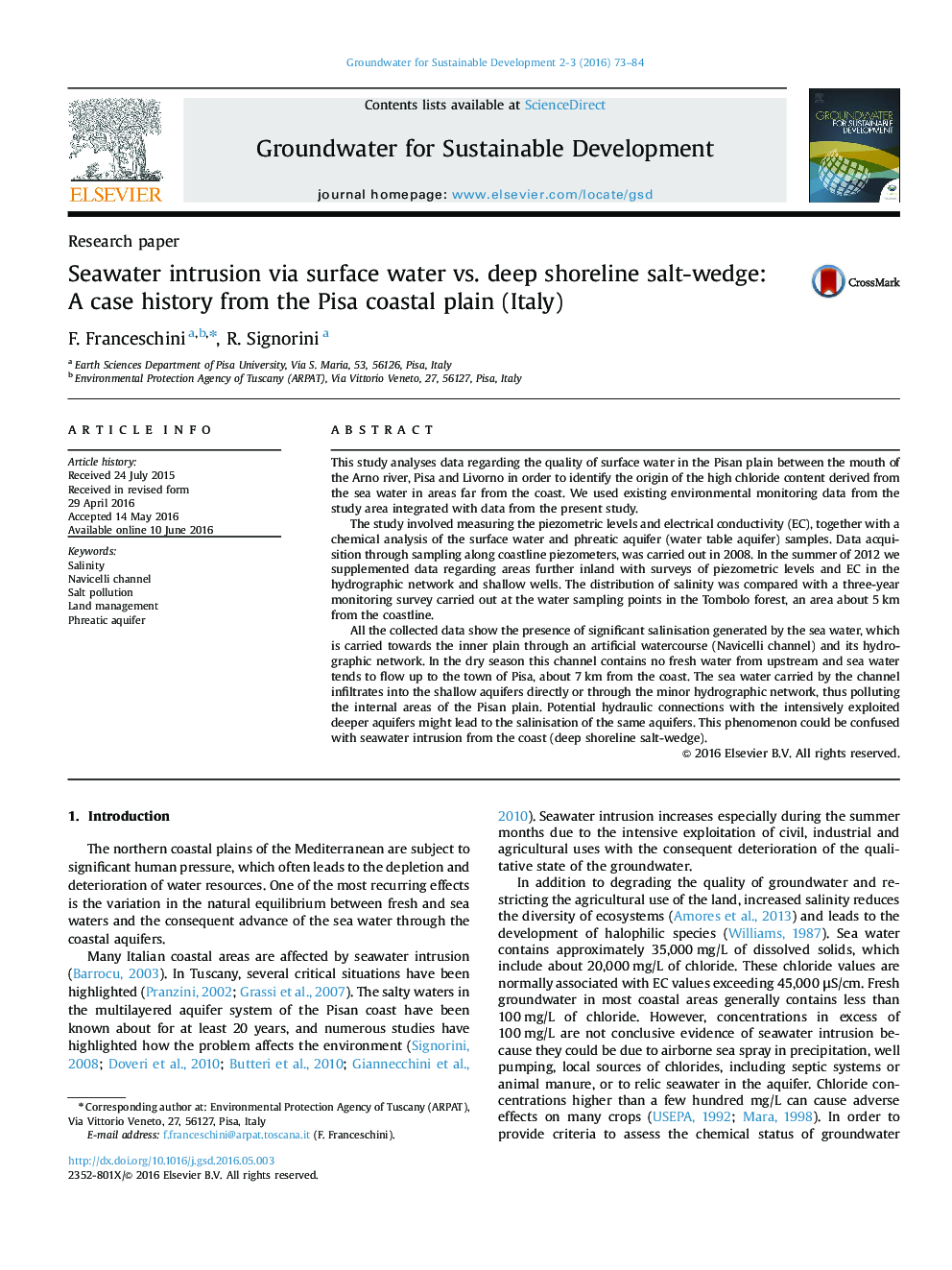 This study analyses data regarding the quality of surface water in the Pisan plain between the mouth of the Arno river, Pisa and Livorno in order to identify the origin of the high chloride content derived from the sea water in areas far from the coast. We used existing environmental monitoring data from the study area integrated with data from the present study.The study involved measuring the piezometric levels and electrical conductivity (EC), together with a chemical analysis of the surface water and phreatic aquifer (water table aquifer) samples. Data acquisition through sampling along coastline piezometers, was carried out in 2008. In the summer of 2012 we supplemented data regarding areas further inland with surveys of piezometric levels and EC in the hydrographic network and shallow wells. The distribution of salinity was compared with a three-year monitoring survey carried out at the water sampling points in the Tombolo forest, an area about 5 km from the coastline.All the collected data show the presence of significant salinisation generated by the sea water, which is carried towards the inner plain through an artificial watercourse (Navicelli channel) and its hydrographic network. In the dry season this channel contains no fresh water from upstream and sea water tends to flow up to the town of Pisa, about 7 km from the coast. The sea water carried by the channel infiltrates into the shallow aquifers directly or through the minor hydrographic network, thus polluting the internal areas of the Pisan plain. Potential hydraulic connections with the intensively exploited deeper aquifers might lead to the salinisation of the same aquifers. This phenomenon could be confused with seawater intrusion from the coast (deep shoreline salt-wedge).