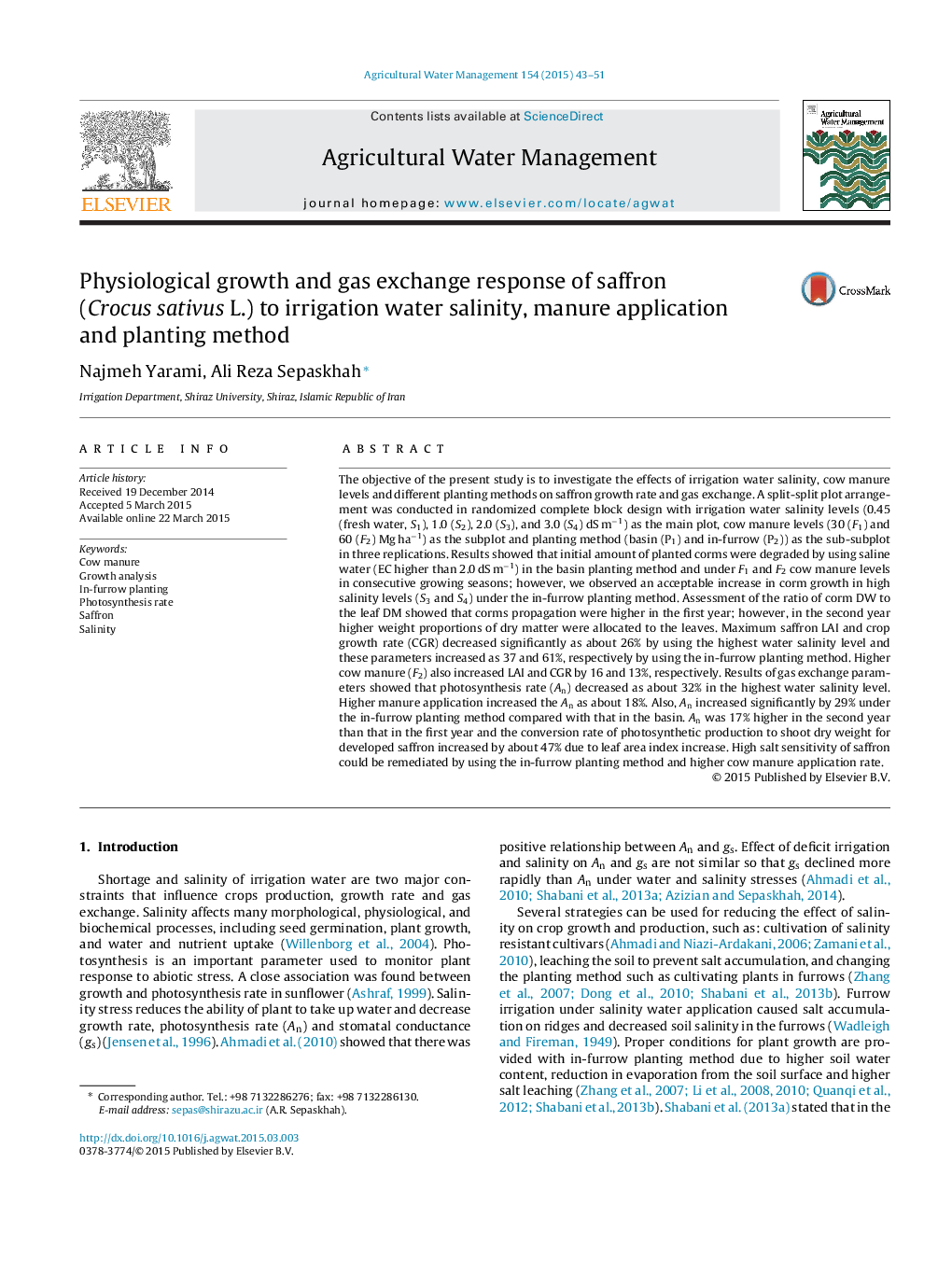 The objective of the present study is to investigate the effects of irrigation water salinity, cow manure levels and different planting methods on saffron growth rate and gas exchange. A split-split plot arrangement was conducted in randomized complete block design with irrigation water salinity levels (0.45 (fresh water, S1), 1.0 (S2), 2.0 (S3), and 3.0 (S4) dS m−1) as the main plot, cow manure levels (30 (F1) and 60 (F2) Mg ha−1) as the subplot and planting method (basin (P1) and in-furrow (P2)) as the sub-subplot in three replications. Results showed that initial amount of planted corms were degraded by using saline water (EC higher than 2.0 dS m−1) in the basin planting method and under F1 and F2 cow manure levels in consecutive growing seasons; however, we observed an acceptable increase in corm growth in high salinity levels (S3 and S4) under the in-furrow planting method. Assessment of the ratio of corm DW to the leaf DM showed that corms propagation were higher in the first year; however, in the second year higher weight proportions of dry matter were allocated to the leaves. Maximum saffron LAI and crop growth rate (CGR) decreased significantly as about 26% by using the highest water salinity level and these parameters increased as 37 and 61%, respectively by using the in-furrow planting method. Higher cow manure (F2) also increased LAI and CGR by 16 and 13%, respectively. Results of gas exchange parameters showed that photosynthesis rate (An) decreased as about 32% in the highest water salinity level. Higher manure application increased the An as about 18%. Also, An increased significantly by 29% under the in-furrow planting method compared with that in the basin. An was 17% higher in the second year than that in the first year and the conversion rate of photosynthetic production to shoot dry weight for developed saffron increased by about 47% due to leaf area index increase. High salt sensitivity of saffron could be remediated by using the in-furrow planting method and higher cow manure application rate.