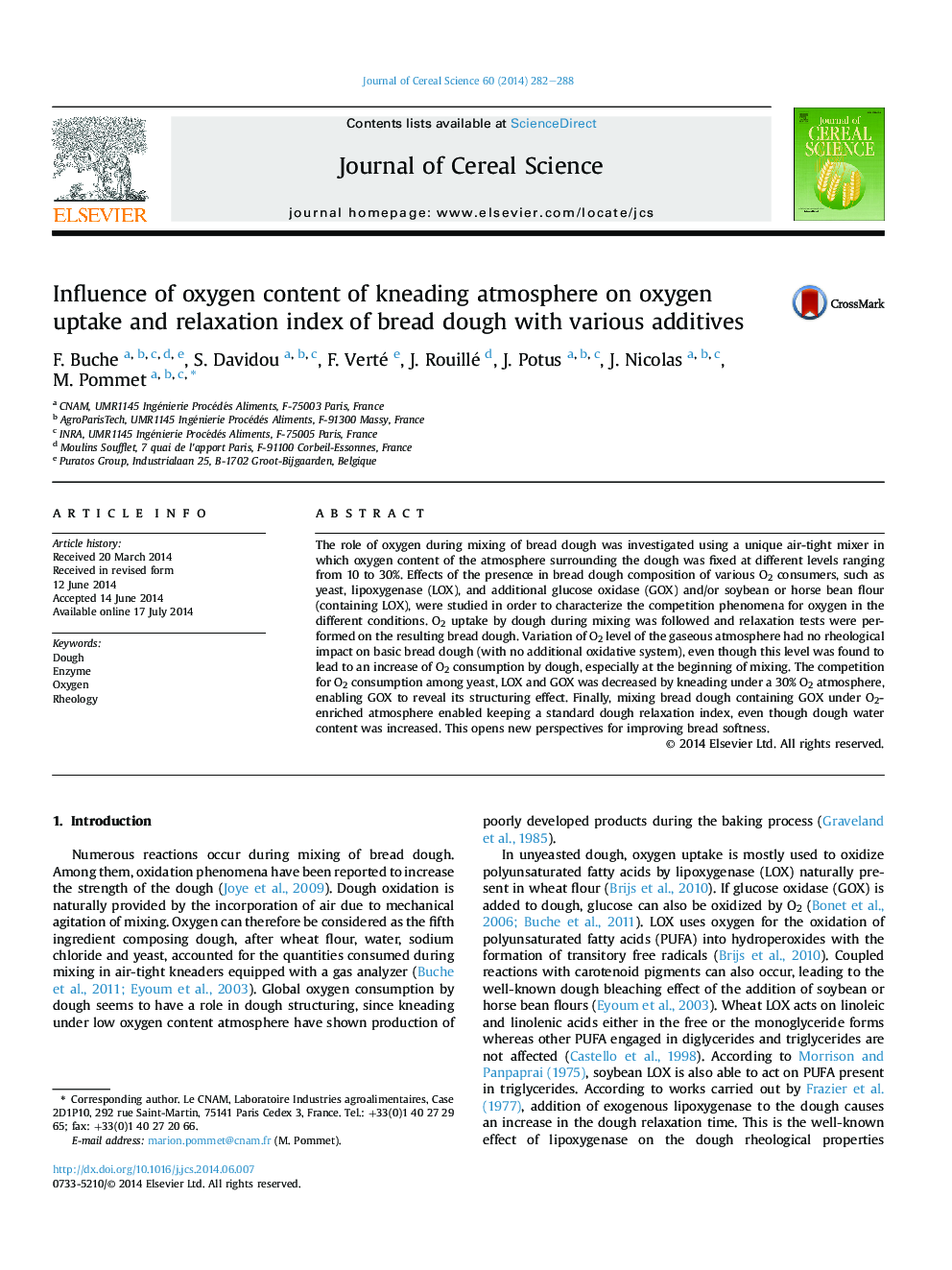 • We performed bread dough mixing under oxygen depleted or enriched atmospheres.
• We analyzed consequences on O2 uptake and relaxation index of various bread doughs.
• Effects of O2-consumer additives are limited by competition phenomena for oxygen.
• Competition between yeast and enzymes was raised by O2-enriched atmosphere.

The role of oxygen during mixing of bread dough was investigated using a unique air-tight mixer in which oxygen content of the atmosphere surrounding the dough was fixed at different levels ranging from 10 to 30%. Effects of the presence in bread dough composition of various O2 consumers, such as yeast, lipoxygenase (LOX), and additional glucose oxidase (GOX) and/or soybean or horse bean flour (containing LOX), were studied in order to characterize the competition phenomena for oxygen in the different conditions. O2 uptake by dough during mixing was followed and relaxation tests were performed on the resulting bread dough. Variation of O2 level of the gaseous atmosphere had no rheological impact on basic bread dough (with no additional oxidative system), even though this level was found to lead to an increase of O2 consumption by dough, especially at the beginning of mixing. The competition for O2 consumption among yeast, LOX and GOX was decreased by kneading under a 30% O2 atmosphere, enabling GOX to reveal its structuring effect. Finally, mixing bread dough containing GOX under O2-enriched atmosphere enabled keeping a standard dough relaxation index, even though dough water content was increased. This opens new perspectives for improving bread softness.