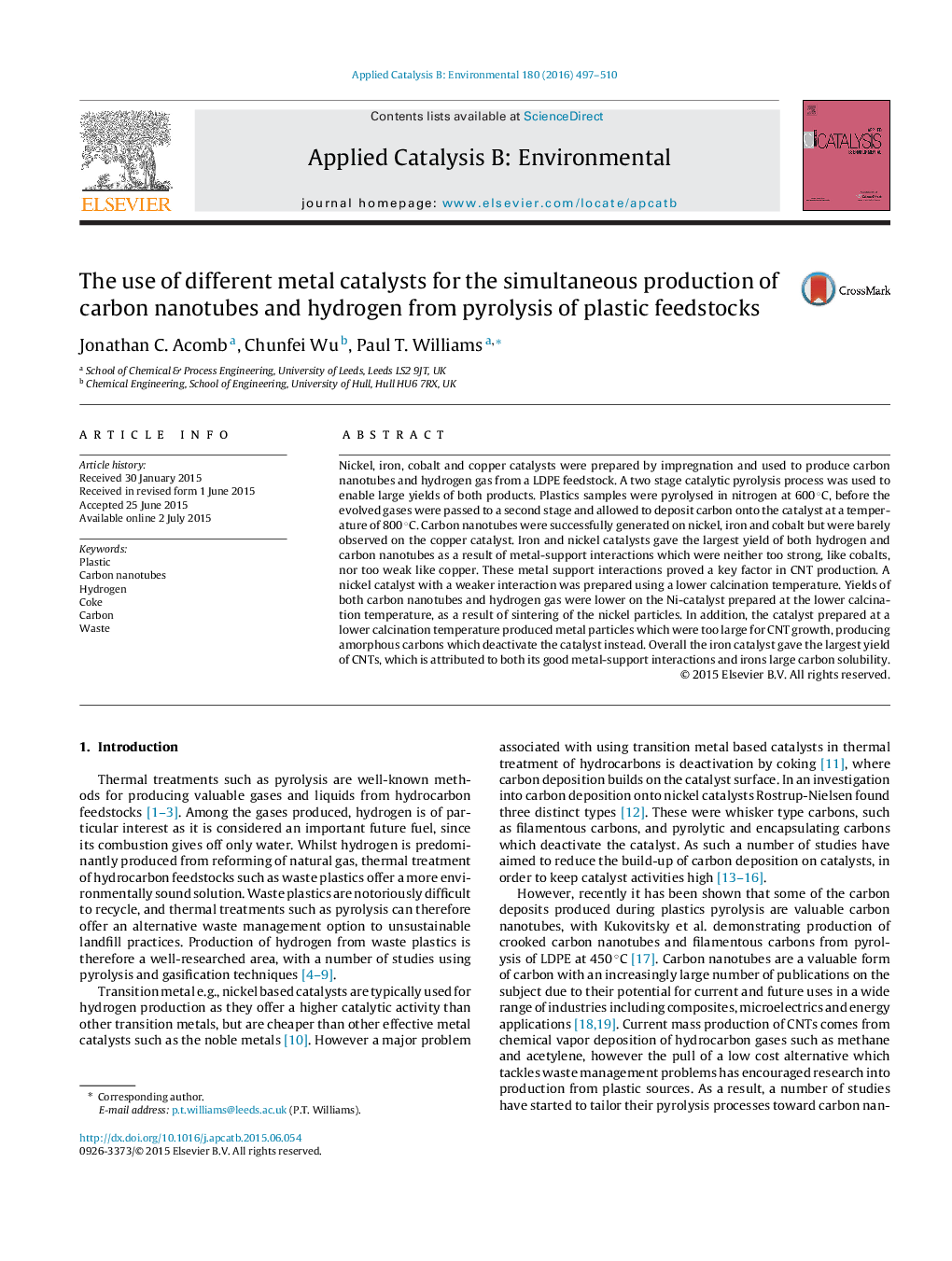 • Ni, Fe, Co and Cu alumina catalysts are investigated to produce carbon nanotube & H2.
• LDPE was used as feedstock in a two-stage pyrolysis-gasification reactor.
• CNT yields were: Fe > Ni > Co > Cu and the Fe catalyst also gave the highest H2 yield.
• Interaction between the metal and support were key to CNT production.

Nickel, iron, cobalt and copper catalysts were prepared by impregnation and used to produce carbon nanotubes and hydrogen gas from a LDPE feedstock. A two stage catalytic pyrolysis process was used to enable large yields of both products. Plastics samples were pyrolysed in nitrogen at 600 °C, before the evolved gases were passed to a second stage and allowed to deposit carbon onto the catalyst at a temperature of 800 °C. Carbon nanotubes were successfully generated on nickel, iron and cobalt but were barely observed on the copper catalyst. Iron and nickel catalysts gave the largest yield of both hydrogen and carbon nanotubes as a result of metal-support interactions which were neither too strong, like cobalts, nor too weak like copper. These metal support interactions proved a key factor in CNT production. A nickel catalyst with a weaker interaction was prepared using a lower calcination temperature. Yields of both carbon nanotubes and hydrogen gas were lower on the Ni-catalyst prepared at the lower calcination temperature, as a result of sintering of the nickel particles. In addition, the catalyst prepared at a lower calcination temperature produced metal particles which were too large for CNT growth, producing amorphous carbons which deactivate the catalyst instead. Overall the iron catalyst gave the largest yield of CNTs, which is attributed to both its good metal-support interactions and irons large carbon solubility.