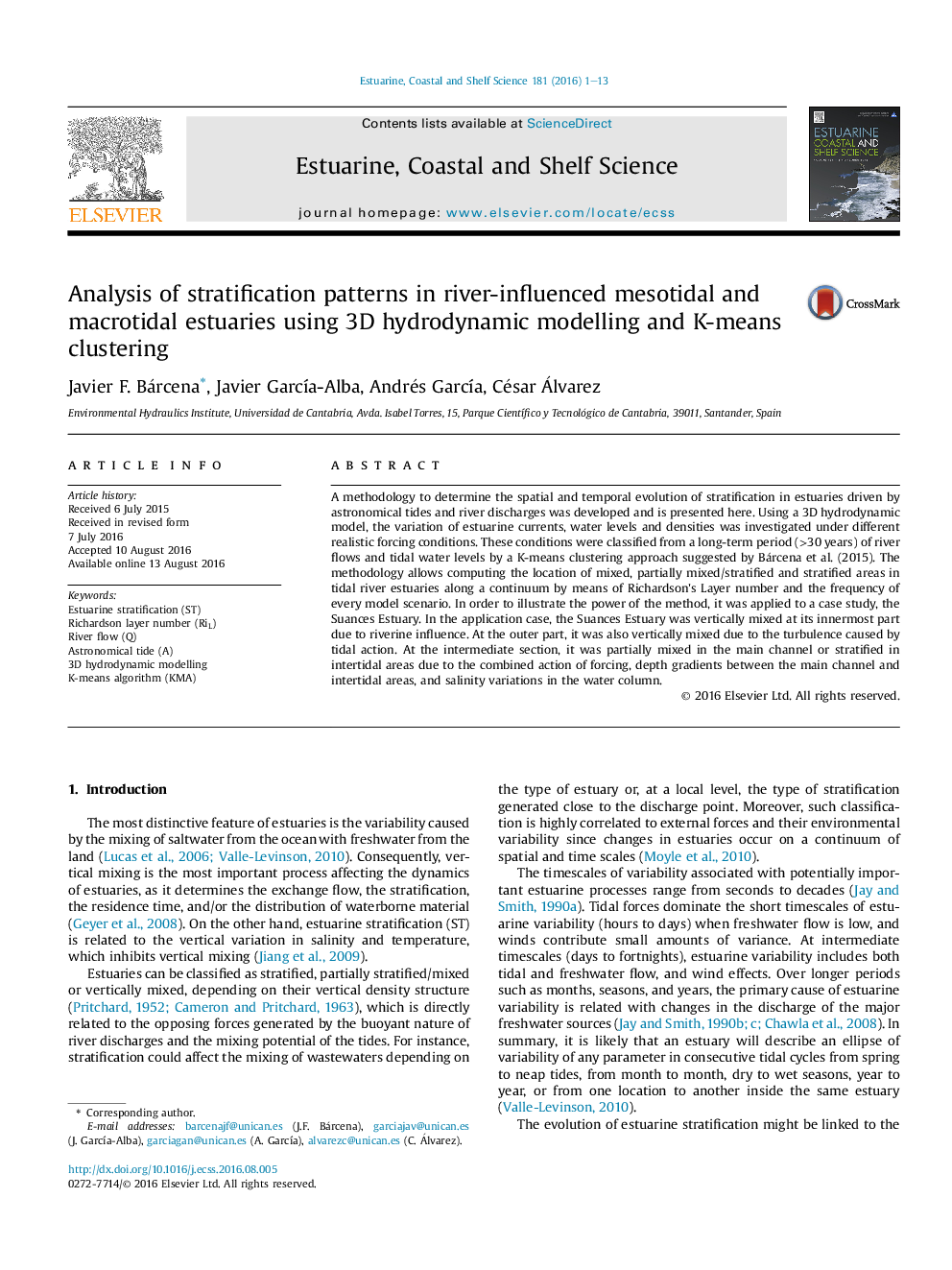 • The KMA clustering effectively reduces the forcing dimension of the system.
• The method calculates the mean behavior of 3D estuarine hydrodynamics.
• The method classifies the location of mixed, partially and stratified estuarine areas.
• The method explains the ellipse of variability in estuarine stratification.

A methodology to determine the spatial and temporal evolution of stratification in estuaries driven by astronomical tides and river discharges was developed and is presented here. Using a 3D hydrodynamic model, the variation of estuarine currents, water levels and densities was investigated under different realistic forcing conditions. These conditions were classified from a long-term period (>30 years) of river flows and tidal water levels by a K-means clustering approach suggested by Bárcena et al. (2015). The methodology allows computing the location of mixed, partially mixed/stratified and stratified areas in tidal river estuaries along a continuum by means of Richardson's Layer number and the frequency of every model scenario. In order to illustrate the power of the method, it was applied to a case study, the Suances Estuary. In the application case, the Suances Estuary was vertically mixed at its innermost part due to riverine influence. At the outer part, it was also vertically mixed due to the turbulence caused by tidal action. At the intermediate section, it was partially mixed in the main channel or stratified in intertidal areas due to the combined action of forcing, depth gradients between the main channel and intertidal areas, and salinity variations in the water column.