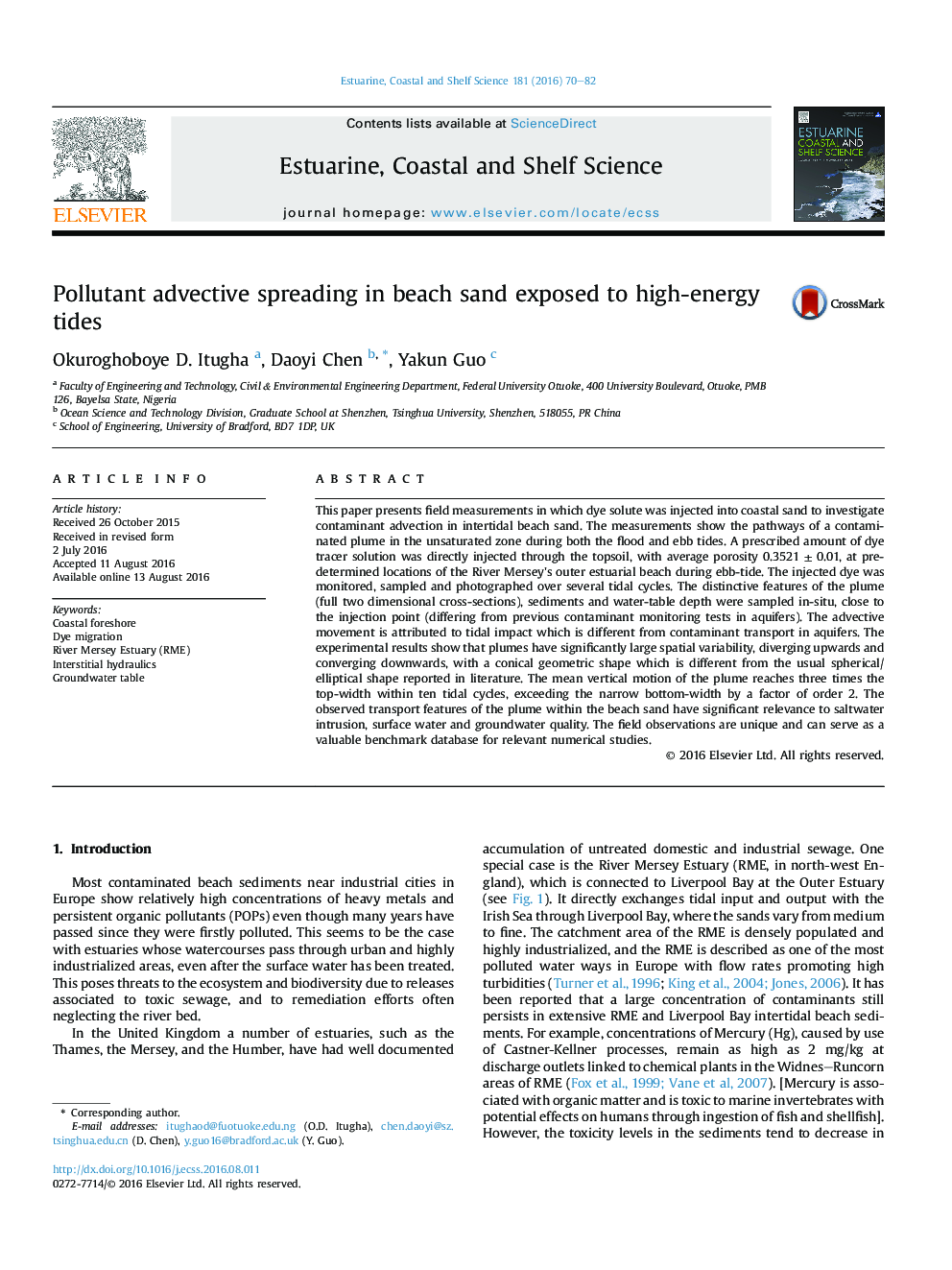 This paper presents field measurements in which dye solute was injected into coastal sand to investigate contaminant advection in intertidal beach sand. The measurements show the pathways of a contaminated plume in the unsaturated zone during both the flood and ebb tides. A prescribed amount of dye tracer solution was directly injected through the topsoil, with average porosity 0.3521 ± 0.01, at predetermined locations of the River Mersey's outer estuarial beach during ebb-tide. The injected dye was monitored, sampled and photographed over several tidal cycles. The distinctive features of the plume (full two dimensional cross-sections), sediments and water-table depth were sampled in-situ, close to the injection point (differing from previous contaminant monitoring tests in aquifers). The advective movement is attributed to tidal impact which is different from contaminant transport in aquifers. The experimental results show that plumes have significantly large spatial variability, diverging upwards and converging downwards, with a conical geometric shape which is different from the usual spherical/elliptical shape reported in literature. The mean vertical motion of the plume reaches three times the top-width within ten tidal cycles, exceeding the narrow bottom-width by a factor of order 2. The observed transport features of the plume within the beach sand have significant relevance to saltwater intrusion, surface water and groundwater quality. The field observations are unique and can serve as a valuable benchmark database for relevant numerical studies.