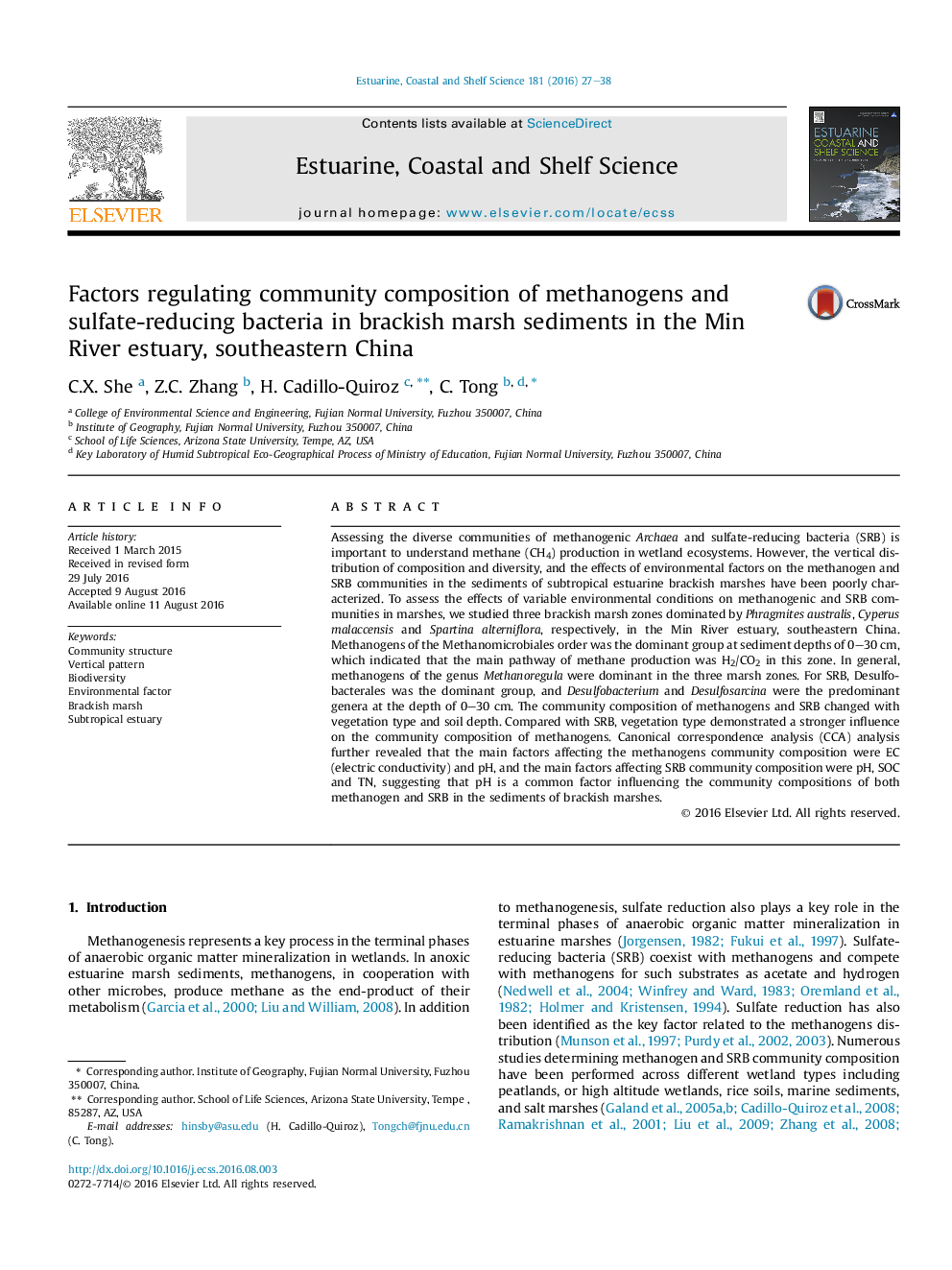 Assessing the diverse communities of methanogenic Archaea and sulfate-reducing bacteria (SRB) is important to understand methane (CH4) production in wetland ecosystems. However, the vertical distribution of composition and diversity, and the effects of environmental factors on the methanogen and SRB communities in the sediments of subtropical estuarine brackish marshes have been poorly characterized. To assess the effects of variable environmental conditions on methanogenic and SRB communities in marshes, we studied three brackish marsh zones dominated by Phragmites australis, Cyperus malaccensis and Spartina alterniflora, respectively, in the Min River estuary, southeastern China. Methanogens of the Methanomicrobiales order was the dominant group at sediment depths of 0–30 cm, which indicated that the main pathway of methane production was H2/CO2 in this zone. In general, methanogens of the genus Methanoregula were dominant in the three marsh zones. For SRB, Desulfobacterales was the dominant group, and Desulfobacterium and Desulfosarcina were the predominant genera at the depth of 0–30 cm. The community composition of methanogens and SRB changed with vegetation type and soil depth. Compared with SRB, vegetation type demonstrated a stronger influence on the community composition of methanogens. Canonical correspondence analysis (CCA) analysis further revealed that the main factors affecting the methanogens community composition were EC (electric conductivity) and pH, and the main factors affecting SRB community composition were pH, SOC and TN, suggesting that pH is a common factor influencing the community compositions of both methanogen and SRB in the sediments of brackish marshes.