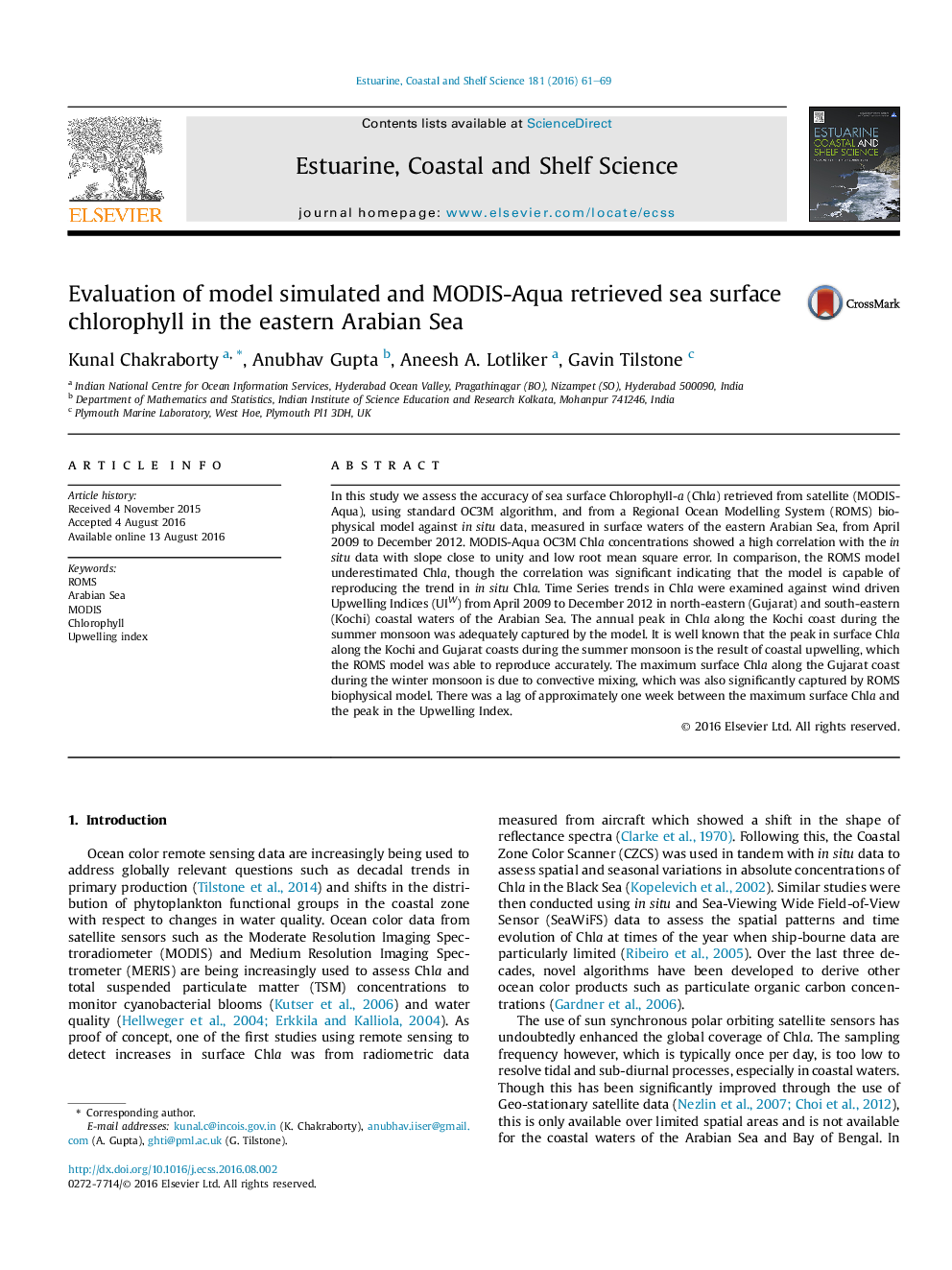 In this study we assess the accuracy of sea surface Chlorophyll-a (Chla) retrieved from satellite (MODIS-Aqua), using standard OC3M algorithm, and from a Regional Ocean Modelling System (ROMS) biophysical model against in situ data, measured in surface waters of the eastern Arabian Sea, from April 2009 to December 2012. MODIS-Aqua OC3M Chla concentrations showed a high correlation with the in situ data with slope close to unity and low root mean square error. In comparison, the ROMS model underestimated Chla, though the correlation was significant indicating that the model is capable of reproducing the trend in in situ Chla. Time Series trends in Chla were examined against wind driven Upwelling Indices (UIW) from April 2009 to December 2012 in north-eastern (Gujarat) and south-eastern (Kochi) coastal waters of the Arabian Sea. The annual peak in Chla along the Kochi coast during the summer monsoon was adequately captured by the model. It is well known that the peak in surface Chla along the Kochi and Gujarat coasts during the summer monsoon is the result of coastal upwelling, which the ROMS model was able to reproduce accurately. The maximum surface Chla along the Gujarat coast during the winter monsoon is due to convective mixing, which was also significantly captured by ROMS biophysical model. There was a lag of approximately one week between the maximum surface Chla and the peak in the Upwelling Index.