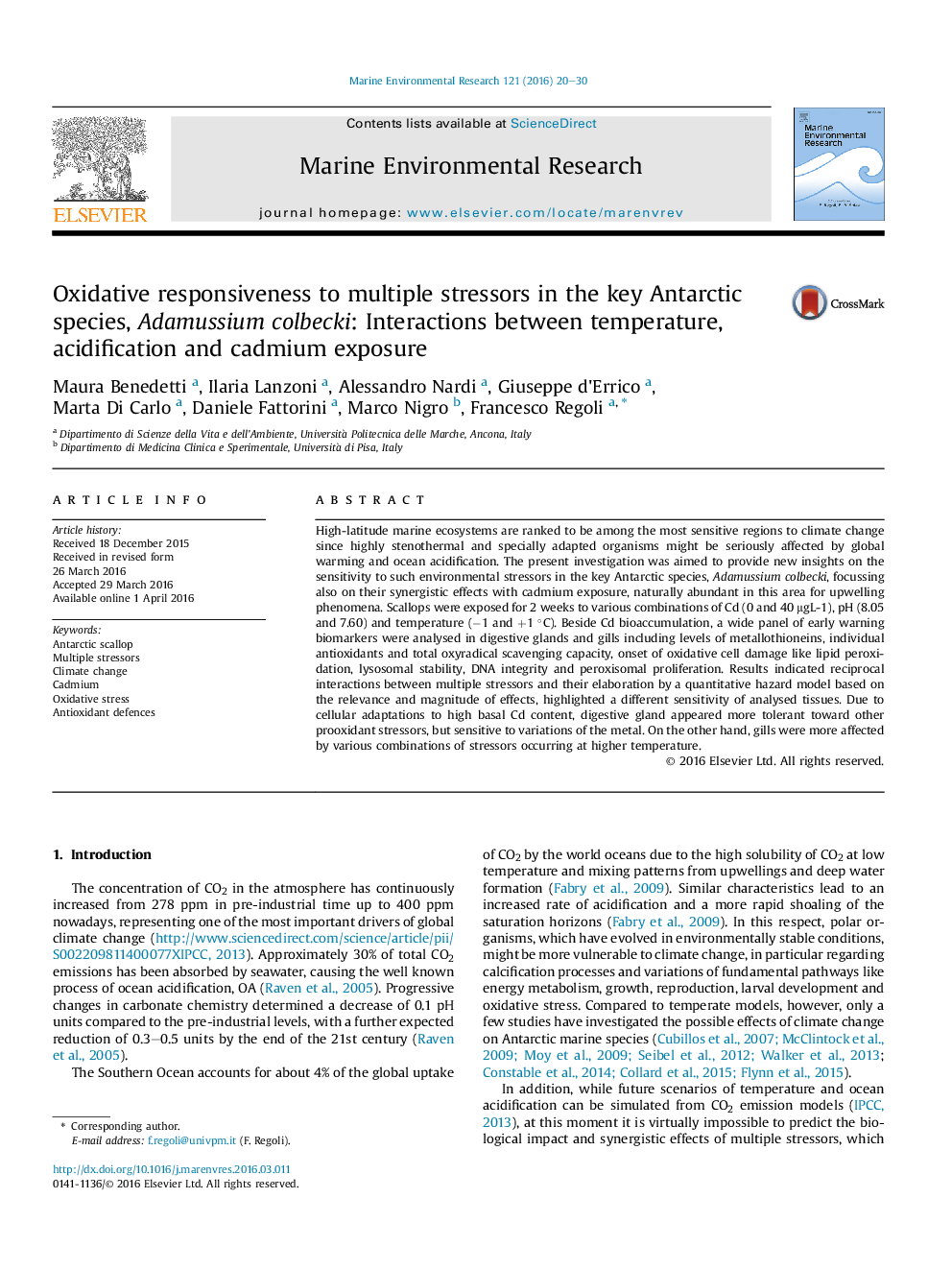 • Effects of multiple stressors were analysed in the Antarctic scallop A. colbecki.
• Synergistic effects occurred between temperature, acidification and cadmium.
• Oxidative responsiveness was evident in digestive gland and gills.
• Cadmium was the primary stressor for digestive gland.
• Gills were more sensitive to treatments at higher temperature.

High-latitude marine ecosystems are ranked to be among the most sensitive regions to climate change since highly stenothermal and specially adapted organisms might be seriously affected by global warming and ocean acidification. The present investigation was aimed to provide new insights on the sensitivity to such environmental stressors in the key Antarctic species, Adamussium colbecki, focussing also on their synergistic effects with cadmium exposure, naturally abundant in this area for upwelling phenomena. Scallops were exposed for 2 weeks to various combinations of Cd (0 and 40 μgL-1), pH (8.05 and 7.60) and temperature (−1 and +1 °C). Beside Cd bioaccumulation, a wide panel of early warning biomarkers were analysed in digestive glands and gills including levels of metallothioneins, individual antioxidants and total oxyradical scavenging capacity, onset of oxidative cell damage like lipid peroxidation, lysosomal stability, DNA integrity and peroxisomal proliferation. Results indicated reciprocal interactions between multiple stressors and their elaboration by a quantitative hazard model based on the relevance and magnitude of effects, highlighted a different sensitivity of analysed tissues. Due to cellular adaptations to high basal Cd content, digestive gland appeared more tolerant toward other prooxidant stressors, but sensitive to variations of the metal. On the other hand, gills were more affected by various combinations of stressors occurring at higher temperature.