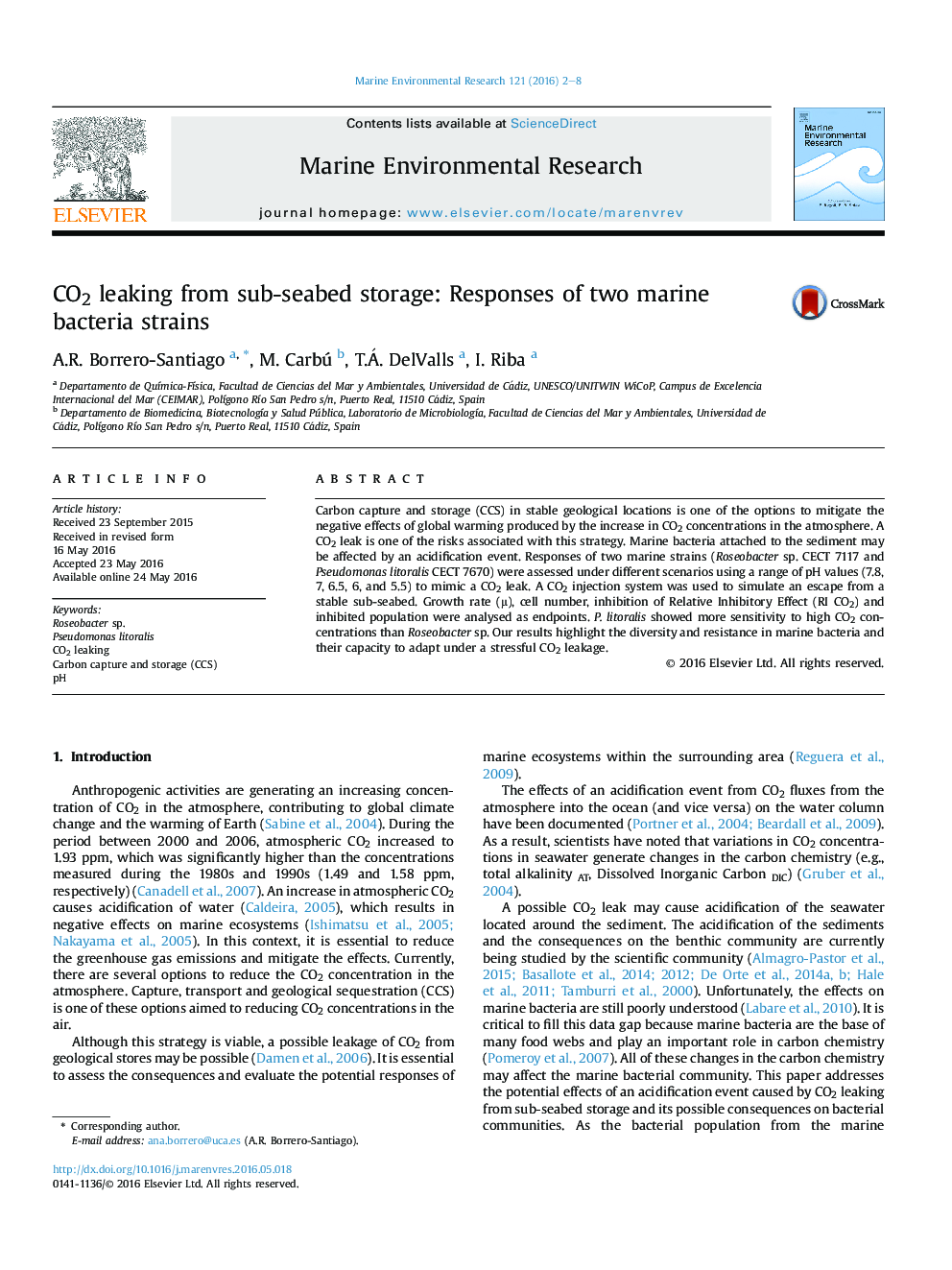 Carbon capture and storage (CCS) in stable geological locations is one of the options to mitigate the negative effects of global warming produced by the increase in CO2 concentrations in the atmosphere. A CO2 leak is one of the risks associated with this strategy. Marine bacteria attached to the sediment may be affected by an acidification event. Responses of two marine strains (Roseobacter sp. CECT 7117 and Pseudomonas litoralis CECT 7670) were assessed under different scenarios using a range of pH values (7.8, 7, 6.5, 6, and 5.5) to mimic a CO2 leak. A CO2 injection system was used to simulate an escape from a stable sub-seabed. Growth rate (μ), cell number, inhibition of Relative Inhibitory Effect (RI CO2) and inhibited population were analysed as endpoints. P. litoralis showed more sensitivity to high CO2 concentrations than Roseobacter sp. Our results highlight the diversity and resistance in marine bacteria and their capacity to adapt under a stressful CO2 leakage.