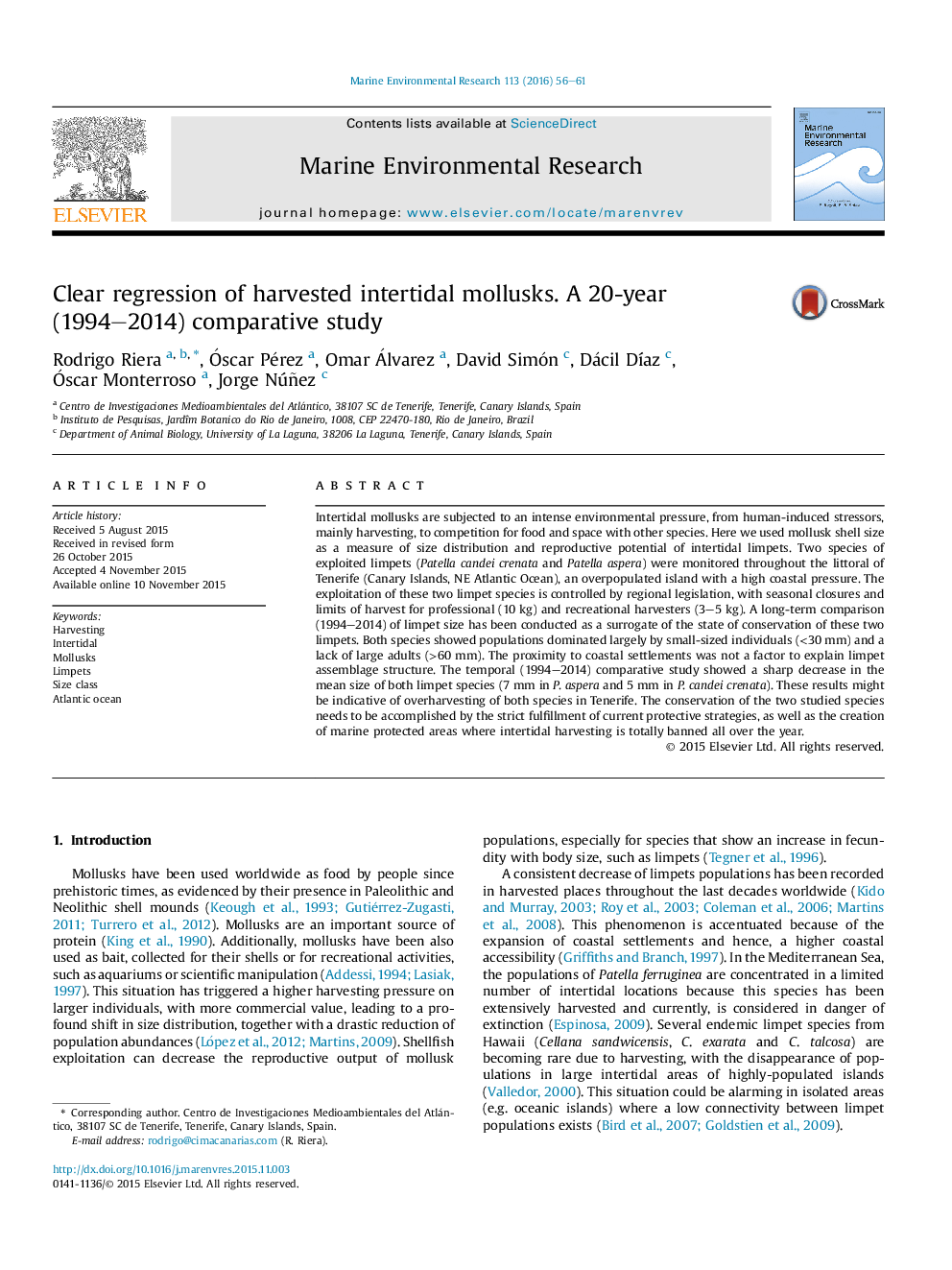 • Both limpet species were dominated by small-sized individuals.
• The proximity to coastal settlements was not a factor explaining limpet assemblage structure.
• Temporal comparative study (1994–2014) showed a sharp decrease in limpet size.
• These results might be indicative of overharvesting of both species in Tenerife.

Intertidal mollusks are subjected to an intense environmental pressure, from human-induced stressors, mainly harvesting, to competition for food and space with other species. Here we used mollusk shell size as a measure of size distribution and reproductive potential of intertidal limpets. Two species of exploited limpets (Patella candei crenata and Patella aspera) were monitored throughout the littoral of Tenerife (Canary Islands, NE Atlantic Ocean), an overpopulated island with a high coastal pressure. The exploitation of these two limpet species is controlled by regional legislation, with seasonal closures and limits of harvest for professional (10 kg) and recreational harvesters (3–5 kg). A long-term comparison (1994–2014) of limpet size has been conducted as a surrogate of the state of conservation of these two limpets. Both species showed populations dominated largely by small-sized individuals (<30 mm) and a lack of large adults (>60 mm). The proximity to coastal settlements was not a factor to explain limpet assemblage structure. The temporal (1994–2014) comparative study showed a sharp decrease in the mean size of both limpet species (7 mm in P. aspera and 5 mm in P. candei crenata). These results might be indicative of overharvesting of both species in Tenerife. The conservation of the two studied species needs to be accomplished by the strict fulfillment of current protective strategies, as well as the creation of marine protected areas where intertidal harvesting is totally banned all over the year.