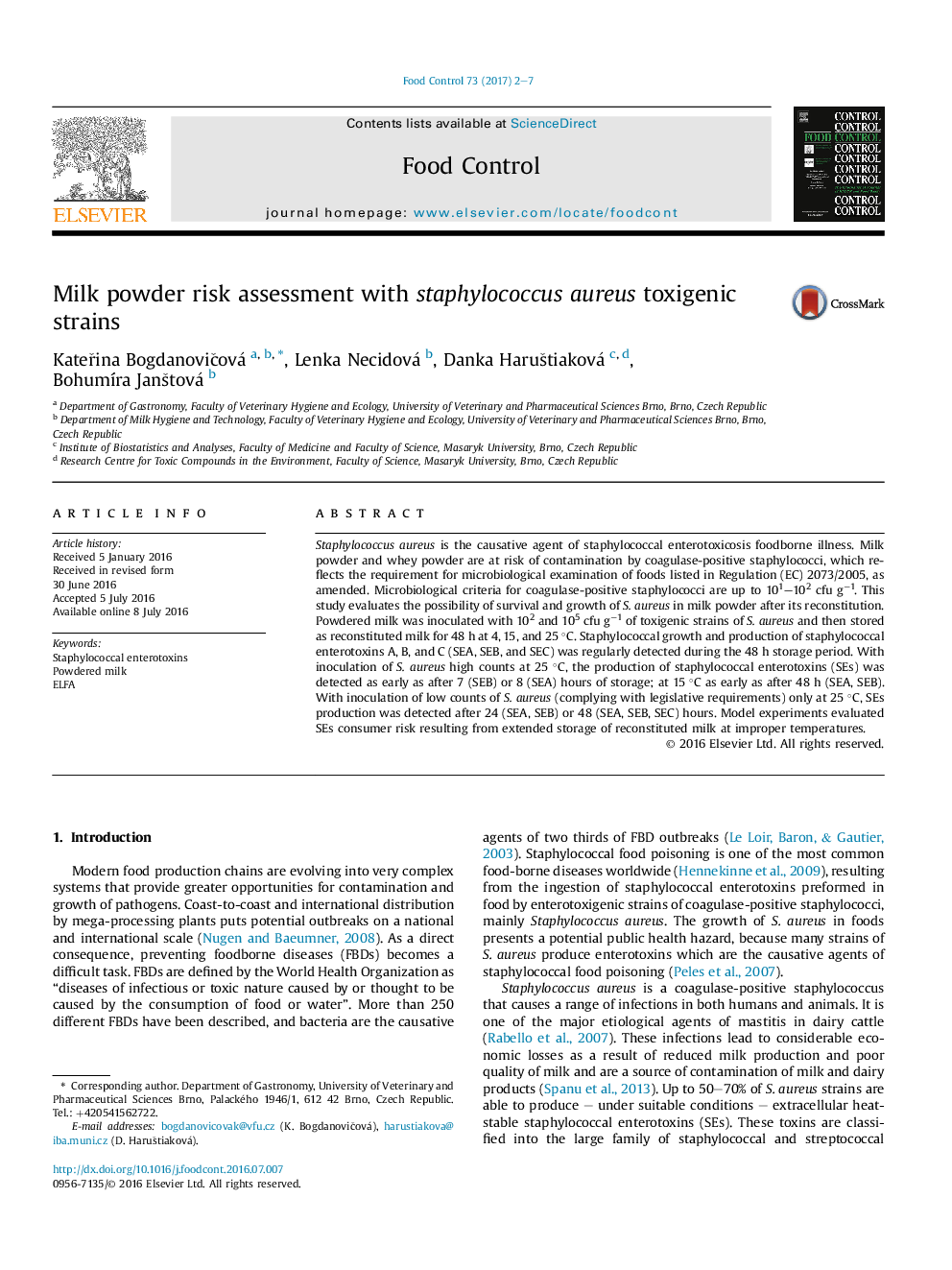 • Growth of Staphylococcus aureus in milk powder after its reconstitution.
• Production of staphylococcal enterotoxins was regularly detected during the 48 h.
• At 25 °C, enterotoxin was detected in most samples after 24 or 48 h.
• S. aureus numbers exceeded the critical threshold of 105 cfu ml−1 after 7 o’clock.
• The first positive detection SEA was at 8 h.

Staphylococcus aureus is the causative agent of staphylococcal enterotoxicosis foodborne illness. Milk powder and whey powder are at risk of contamination by coagulase-positive staphylococci, which reflects the requirement for microbiological examination of foods listed in Regulation (EC) 2073/2005, as amended. Microbiological criteria for coagulase-positive staphylococci are up to 101–102 cfu g−1. This study evaluates the possibility of survival and growth of S. aureus in milk powder after its reconstitution. Powdered milk was inoculated with 102 and 105 cfu g−1 of toxigenic strains of S. aureus and then stored as reconstituted milk for 48 h at 4, 15, and 25 °C. Staphylococcal growth and production of staphylococcal enterotoxins A, B, and C (SEA, SEB, and SEC) was regularly detected during the 48 h storage period. With inoculation of S. aureus high counts at 25 °C, the production of staphylococcal enterotoxins (SEs) was detected as early as after 7 (SEB) or 8 (SEA) hours of storage; at 15 °C as early as after 48 h (SEA, SEB). With inoculation of low counts of S. aureus (complying with legislative requirements) only at 25 °C, SEs production was detected after 24 (SEA, SEB) or 48 (SEA, SEB, SEC) hours. Model experiments evaluated SEs consumer risk resulting from extended storage of reconstituted milk at improper temperatures.