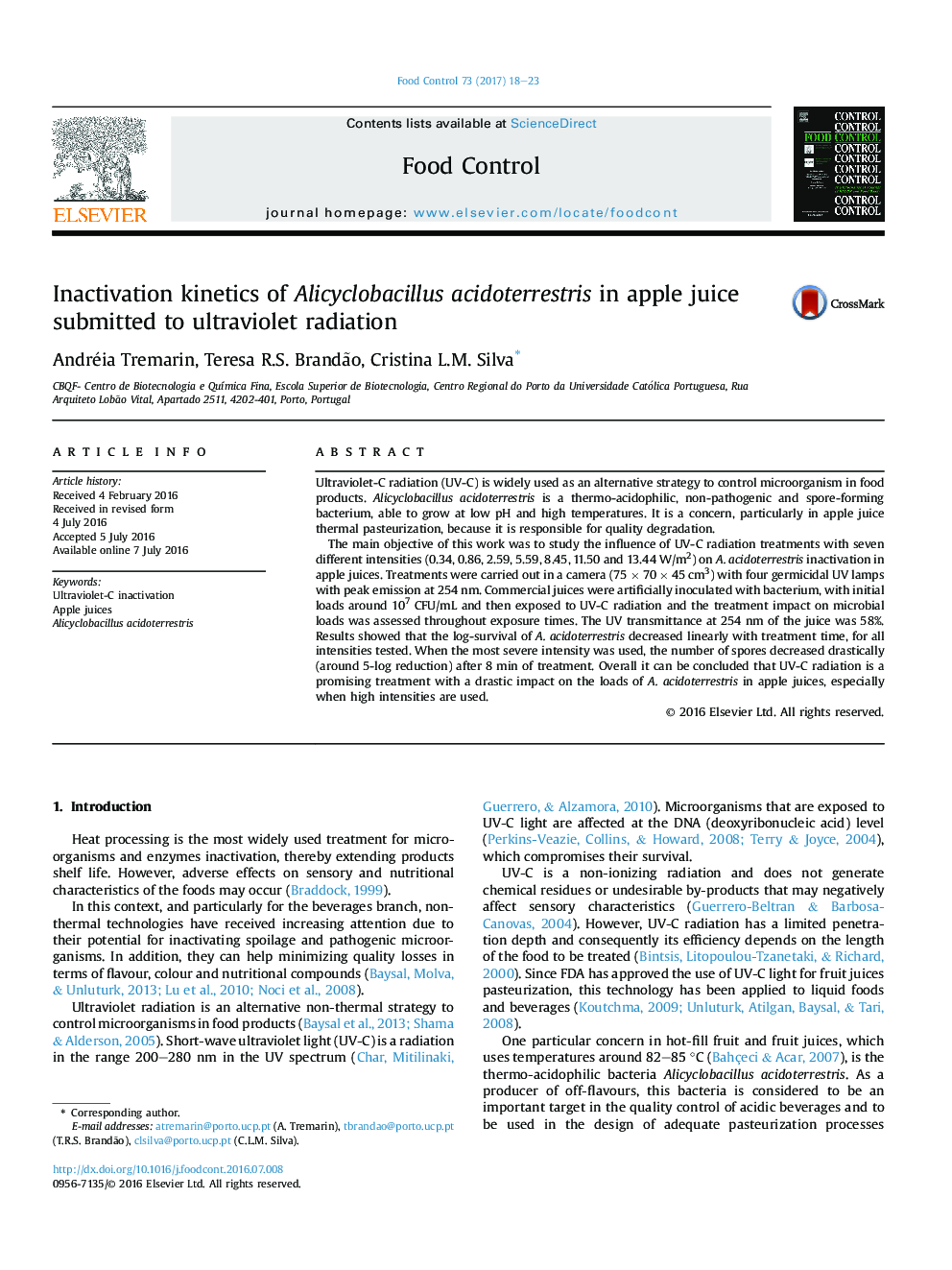 • Assessment of UV-C treatments on Alicyclobacillus acidoterrestris inactivation in apple juices.
• Study of the influence of UV-C radiation with different intensities.
• Modelling inactivation kinetics due to the radiation effect.
• Microbial inactivation followed a first-order kinetics and D-values were estimated.
• UV-C had a drastic impact on A. acidoterrestris loads in apples juices.

Ultraviolet-C radiation (UV-C) is widely used as an alternative strategy to control microorganism in food products. Alicyclobacillus acidoterrestris is a thermo-acidophilic, non-pathogenic and spore-forming bacterium, able to grow at low pH and high temperatures. It is a concern, particularly in apple juice thermal pasteurization, because it is responsible for quality degradation.The main objective of this work was to study the influence of UV-C radiation treatments with seven different intensities (0.34, 0.86, 2.59, 5.59, 8.45, 11.50 and 13.44 W/m2) on A. acidoterrestris inactivation in apple juices. Treatments were carried out in a camera (75 × 70 × 45 cm3) with four germicidal UV lamps with peak emission at 254 nm. Commercial juices were artificially inoculated with bacterium, with initial loads around 107 CFU/mL and then exposed to UV-C radiation and the treatment impact on microbial loads was assessed throughout exposure times. The UV transmittance at 254 nm of the juice was 58%. Results showed that the log-survival of A. acidoterrestris decreased linearly with treatment time, for all intensities tested. When the most severe intensity was used, the number of spores decreased drastically (around 5-log reduction) after 8 min of treatment. Overall it can be concluded that UV-C radiation is a promising treatment with a drastic impact on the loads of A. acidoterrestris in apple juices, especially when high intensities are used.