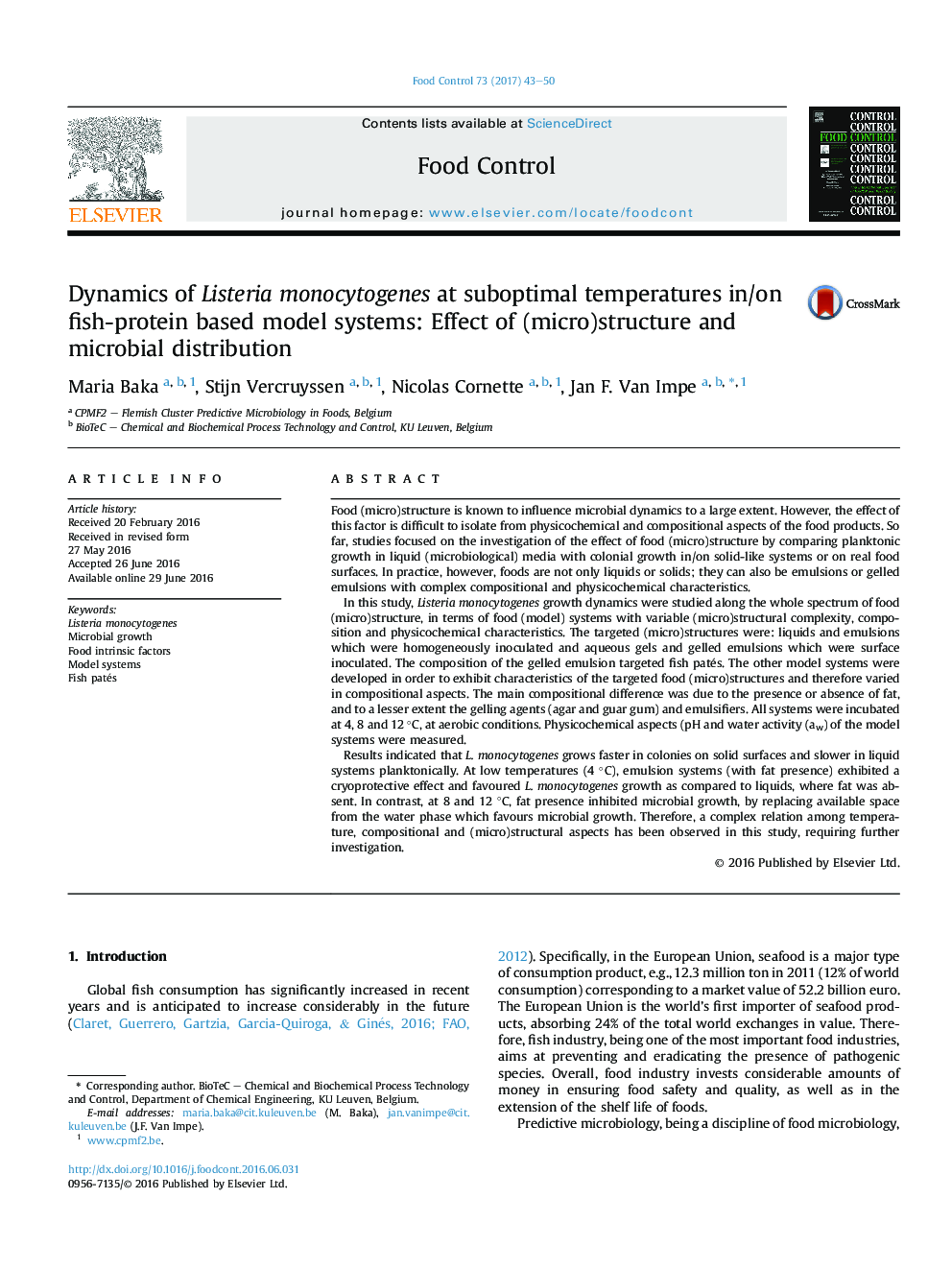 Food (micro)structure is known to influence microbial dynamics to a large extent. However, the effect of this factor is difficult to isolate from physicochemical and compositional aspects of the food products. So far, studies focused on the investigation of the effect of food (micro)structure by comparing planktonic growth in liquid (microbiological) media with colonial growth in/on solid-like systems or on real food surfaces. In practice, however, foods are not only liquids or solids; they can also be emulsions or gelled emulsions with complex compositional and physicochemical characteristics.In this study, Listeria monocytogenes growth dynamics were studied along the whole spectrum of food (micro)structure, in terms of food (model) systems with variable (micro)structural complexity, composition and physicochemical characteristics. The targeted (micro)structures were: liquids and emulsions which were homogeneously inoculated and aqueous gels and gelled emulsions which were surface inoculated. The composition of the gelled emulsion targeted fish patés. The other model systems were developed in order to exhibit characteristics of the targeted food (micro)structures and therefore varied in compositional aspects. The main compositional difference was due to the presence or absence of fat, and to a lesser extent the gelling agents (agar and guar gum) and emulsifiers. All systems were incubated at 4, 8 and 12 °C, at aerobic conditions. Physicochemical aspects (pH and water activity (aw) of the model systems were measured.Results indicated that L. monocytogenes grows faster in colonies on solid surfaces and slower in liquid systems planktonically. At low temperatures (4 °C), emulsion systems (with fat presence) exhibited a cryoprotective effect and favoured L. monocytogenes growth as compared to liquids, where fat was absent. In contrast, at 8 and 12 °C, fat presence inhibited microbial growth, by replacing available space from the water phase which favours microbial growth. Therefore, a complex relation among temperature, compositional and (micro)structural aspects has been observed in this study, requiring further investigation.