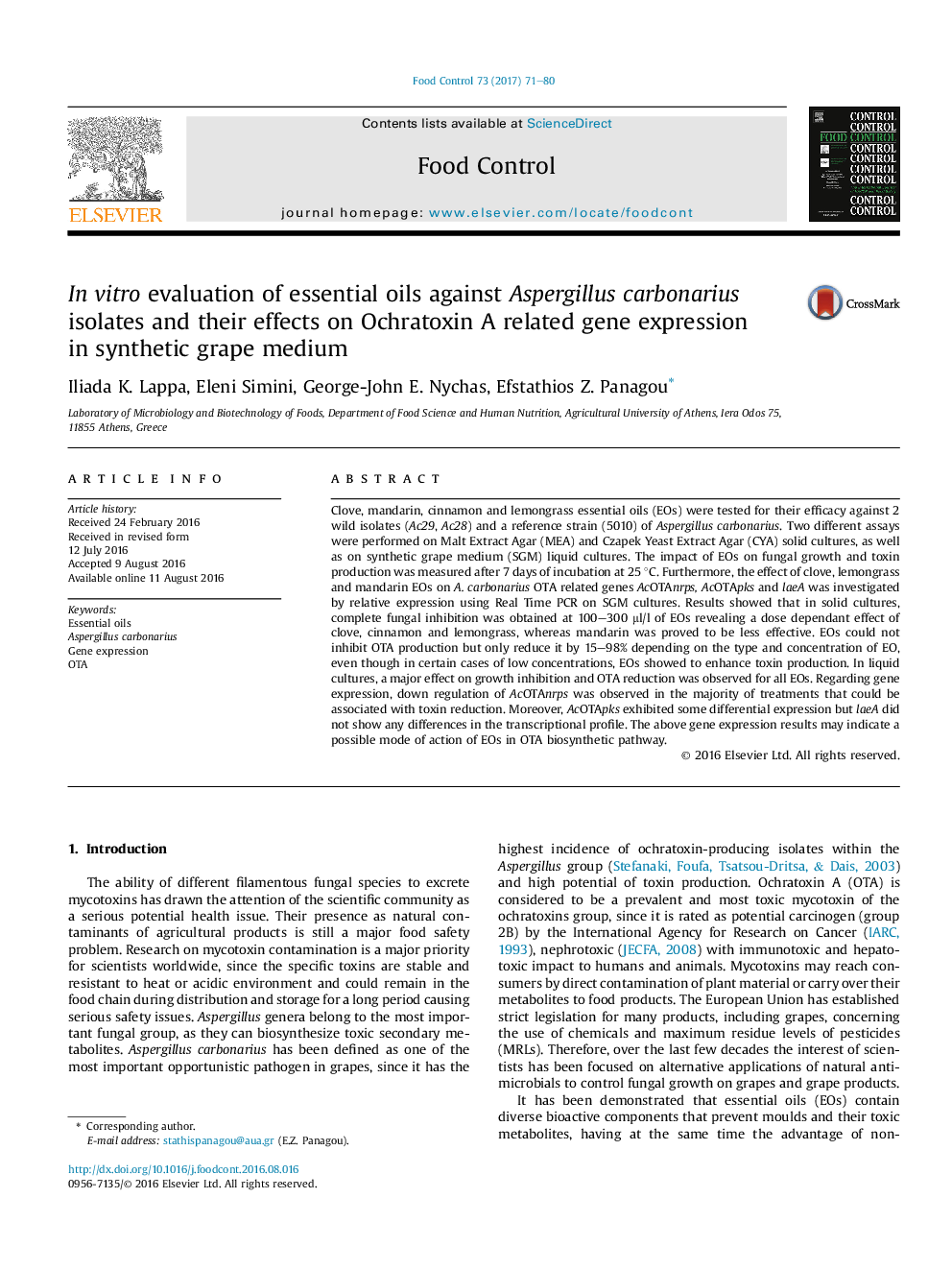 • EOs exhibited significant reduction on growth of A. carbonarius isolates.
• The anti-ochratoxigenic effect of EOs depended on fungal isolate.
• Down regulation of AcOTAnrps was observed and correlation with OTA was feasible.

Clove, mandarin, cinnamon and lemongrass essential oils (EOs) were tested for their efficacy against 2 wild isolates (Ac29, Ac28) and a reference strain (5010) of Aspergillus carbonarius. Two different assays were performed on Malt Extract Agar (MEA) and Czapek Yeast Extract Agar (CYA) solid cultures, as well as on synthetic grape medium (SGM) liquid cultures. The impact of EOs on fungal growth and toxin production was measured after 7 days of incubation at 25 °C. Furthermore, the effect of clove, lemongrass and mandarin EOs on A. carbonarius OTA related genes AcOTAnrps, AcOTApks and laeA was investigated by relative expression using Real Time PCR on SGM cultures. Results showed that in solid cultures, complete fungal inhibition was obtained at 100–300 μl/l of EOs revealing a dose dependant effect of clove, cinnamon and lemongrass, whereas mandarin was proved to be less effective. EOs could not inhibit OTA production but only reduce it by 15–98% depending on the type and concentration of EO, even though in certain cases of low concentrations, EOs showed to enhance toxin production. In liquid cultures, a major effect on growth inhibition and OTA reduction was observed for all EOs. Regarding gene expression, down regulation of AcOTAnrps was observed in the majority of treatments that could be associated with toxin reduction. Moreover, AcOTApks exhibited some differential expression but laeA did not show any differences in the transcriptional profile. The above gene expression results may indicate a possible mode of action of EOs in OTA biosynthetic pathway.