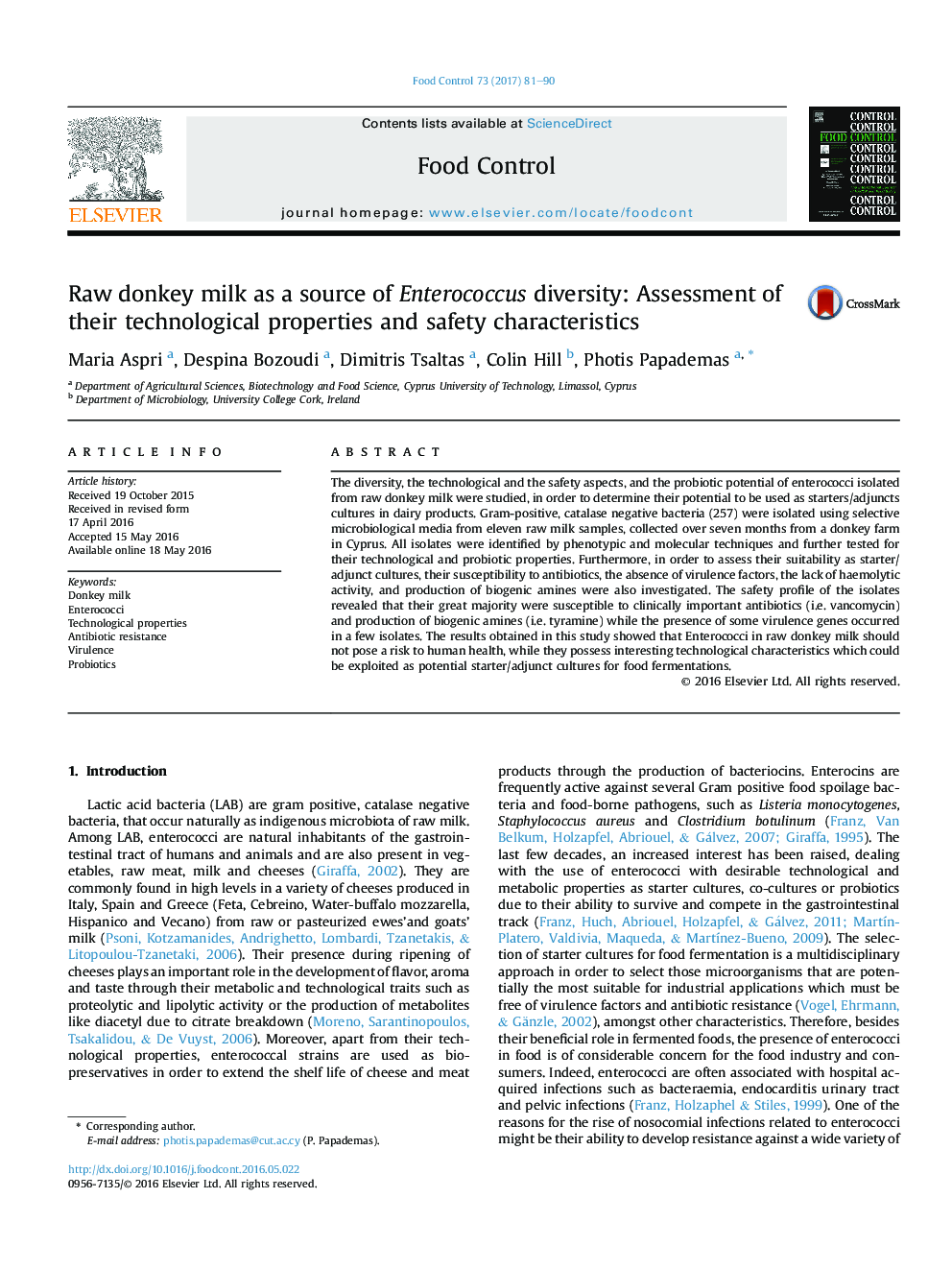 The diversity, the technological and the safety aspects, and the probiotic potential of enterococci isolated from raw donkey milk were studied, in order to determine their potential to be used as starters/adjuncts cultures in dairy products. Gram-positive, catalase negative bacteria (257) were isolated using selective microbiological media from eleven raw milk samples, collected over seven months from a donkey farm in Cyprus. All isolates were identified by phenotypic and molecular techniques and further tested for their technological and probiotic properties. Furthermore, in order to assess their suitability as starter/adjunct cultures, their susceptibility to antibiotics, the absence of virulence factors, the lack of haemolytic activity, and production of biogenic amines were also investigated. The safety profile of the isolates revealed that their great majority were susceptible to clinically important antibiotics (i.e. vancomycin) and production of biogenic amines (i.e. tyramine) while the presence of some virulence genes occurred in a few isolates. The results obtained in this study showed that Enterococci in raw donkey milk should not pose a risk to human health, while they possess interesting technological characteristics which could be exploited as potential starter/adjunct cultures for food fermentations.