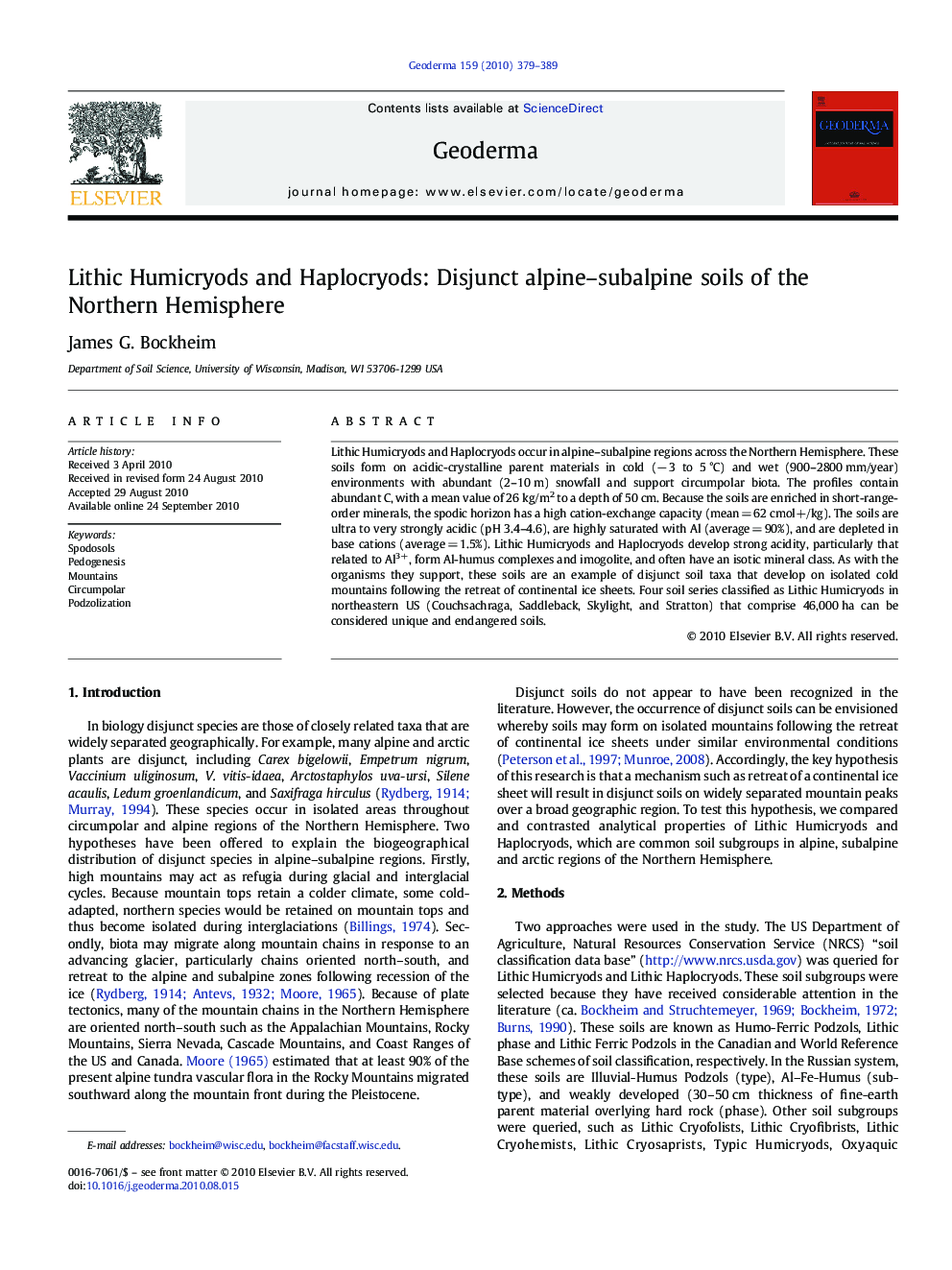 Lithic Humicryods and Haplocryods occur in alpine–subalpine regions across the Northern Hemisphere. These soils form on acidic-crystalline parent materials in cold (− 3 to 5 °C) and wet (900–2800 mm/year) environments with abundant (2–10 m) snowfall and support circumpolar biota. The profiles contain abundant C, with a mean value of 26 kg/m2 to a depth of 50 cm. Because the soils are enriched in short-range-order minerals, the spodic horizon has a high cation-exchange capacity (mean = 62 cmol+/kg). The soils are ultra to very strongly acidic (pH 3.4–4.6), are highly saturated with Al (average = 90%), and are depleted in base cations (average = 1.5%). Lithic Humicryods and Haplocryods develop strong acidity, particularly that related to Al3+, form Al-humus complexes and imogolite, and often have an isotic mineral class. As with the organisms they support, these soils are an example of disjunct soil taxa that develop on isolated cold mountains following the retreat of continental ice sheets. Four soil series classified as Lithic Humicryods in northeastern US (Couchsachraga, Saddleback, Skylight, and Stratton) that comprise 46,000 ha can be considered unique and endangered soils.

Research Highlights
► As with organisms, soils may be disjunct: similar soils occur in geographically distinct areas.
► Lithic Humicryods/Haplocryods are ubiquitous in alpine–subalpine regions of the No. Hemisphere.
► Four LH soil series in northeastern US can be considered unique and endangered.