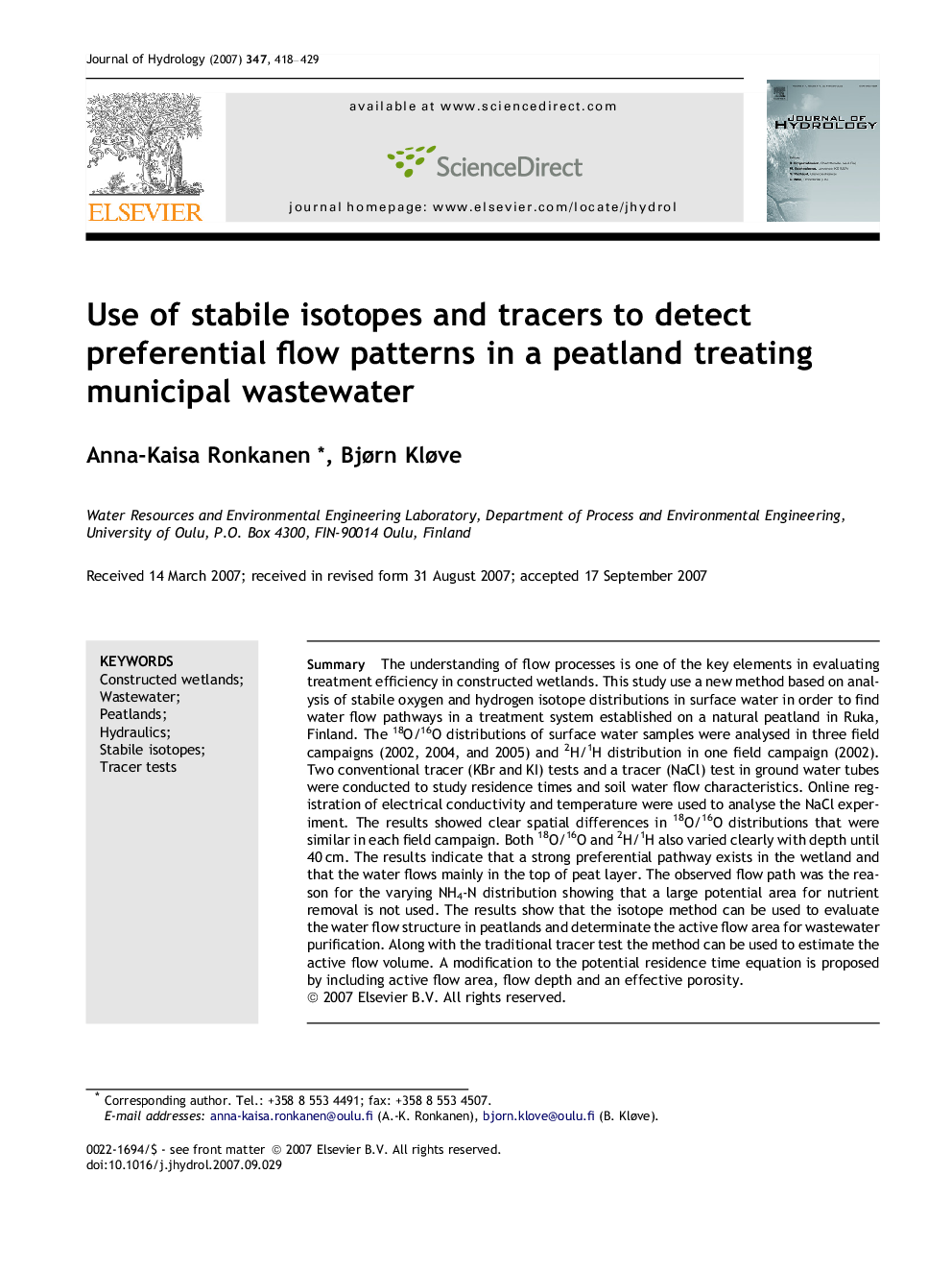 SummaryThe understanding of flow processes is one of the key elements in evaluating treatment efficiency in constructed wetlands. This study use a new method based on analysis of stabile oxygen and hydrogen isotope distributions in surface water in order to find water flow pathways in a treatment system established on a natural peatland in Ruka, Finland. The 18O/16O distributions of surface water samples were analysed in three field campaigns (2002, 2004, and 2005) and 2H/1H distribution in one field campaign (2002). Two conventional tracer (KBr and KI) tests and a tracer (NaCl) test in ground water tubes were conducted to study residence times and soil water flow characteristics. Online registration of electrical conductivity and temperature were used to analyse the NaCl experiment. The results showed clear spatial differences in 18O/16O distributions that were similar in each field campaign. Both 18O/16O and 2H/1H also varied clearly with depth until 40 cm. The results indicate that a strong preferential pathway exists in the wetland and that the water flows mainly in the top of peat layer. The observed flow path was the reason for the varying NH4-N distribution showing that a large potential area for nutrient removal is not used. The results show that the isotope method can be used to evaluate the water flow structure in peatlands and determinate the active flow area for wastewater purification. Along with the traditional tracer test the method can be used to estimate the active flow volume. A modification to the potential residence time equation is proposed by including active flow area, flow depth and an effective porosity.