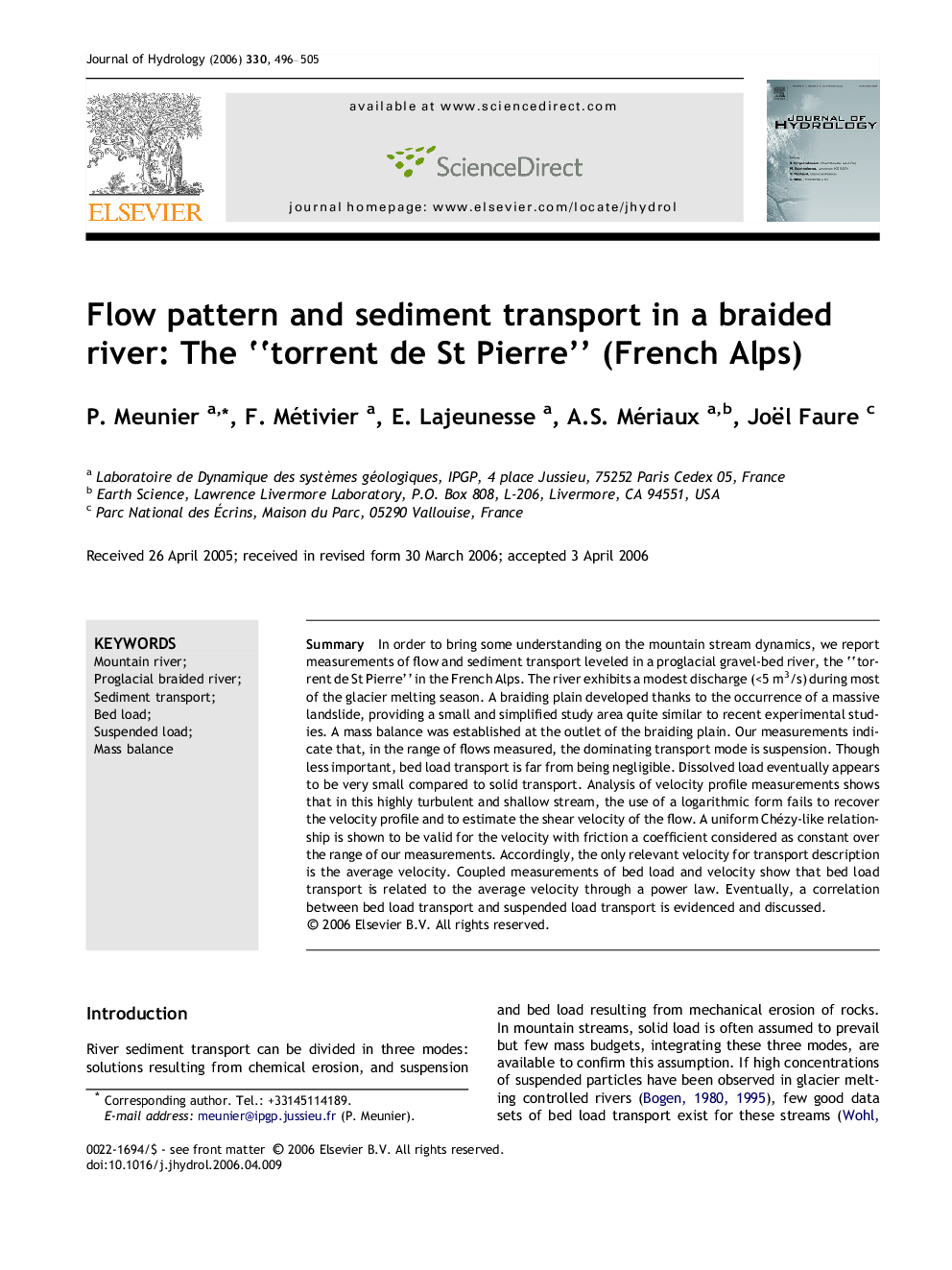 SummaryIn order to bring some understanding on the mountain stream dynamics, we report measurements of flow and sediment transport leveled in a proglacial gravel-bed river, the “torrent de St Pierre” in the French Alps. The river exhibits a modest discharge (<5 m3/s) during most of the glacier melting season. A braiding plain developed thanks to the occurrence of a massive landslide, providing a small and simplified study area quite similar to recent experimental studies. A mass balance was established at the outlet of the braiding plain. Our measurements indicate that, in the range of flows measured, the dominating transport mode is suspension. Though less important, bed load transport is far from being negligible. Dissolved load eventually appears to be very small compared to solid transport. Analysis of velocity profile measurements shows that in this highly turbulent and shallow stream, the use of a logarithmic form fails to recover the velocity profile and to estimate the shear velocity of the flow. A uniform Chézy-like relationship is shown to be valid for the velocity with friction a coefficient considered as constant over the range of our measurements. Accordingly, the only relevant velocity for transport description is the average velocity. Coupled measurements of bed load and velocity show that bed load transport is related to the average velocity through a power law. Eventually, a correlation between bed load transport and suspended load transport is evidenced and discussed.