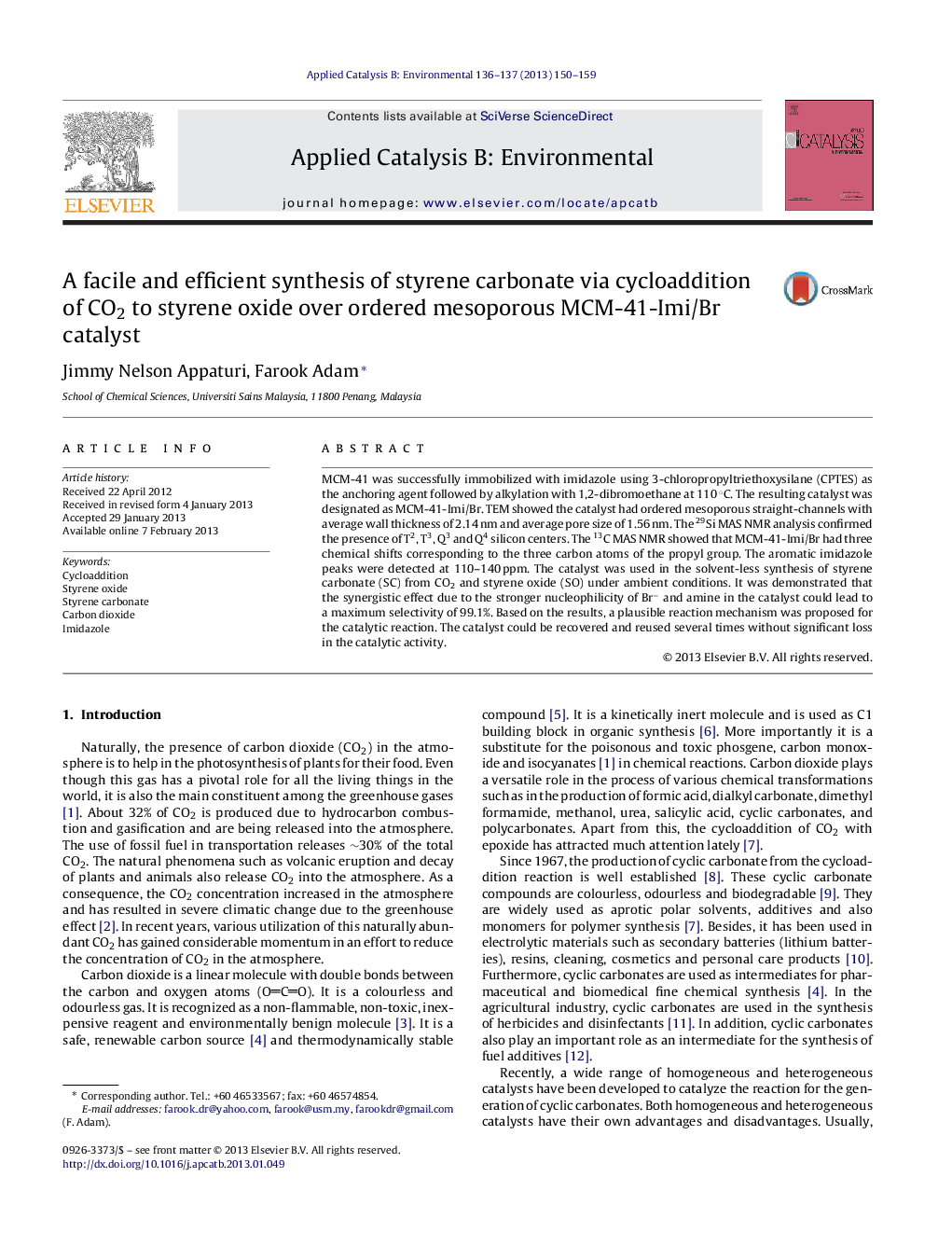 MCM-41 was successfully immobilized with imidazole using 3-chloropropyltriethoxysilane (CPTES) as the anchoring agent followed by alkylation with 1,2-dibromoethane at 110 °C. The resulting catalyst was designated as MCM-41-Imi/Br. TEM showed the catalyst had ordered mesoporous straight-channels with average wall thickness of 2.14 nm and average pore size of 1.56 nm. The 29Si MAS NMR analysis confirmed the presence of T2, T3, Q3 and Q4 silicon centers. The 13C MAS NMR showed that MCM-41-Imi/Br had three chemical shifts corresponding to the three carbon atoms of the propyl group. The aromatic imidazole peaks were detected at 110–140 ppm. The catalyst was used in the solvent-less synthesis of styrene carbonate (SC) from CO2 and styrene oxide (SO) under ambient conditions. It was demonstrated that the synergistic effect due to the stronger nucleophilicity of Br− and amine in the catalyst could lead to a maximum selectivity of 99.1%. Based on the results, a plausible reaction mechanism was proposed for the catalytic reaction. The catalyst could be recovered and reused several times without significant loss in the catalytic activity.