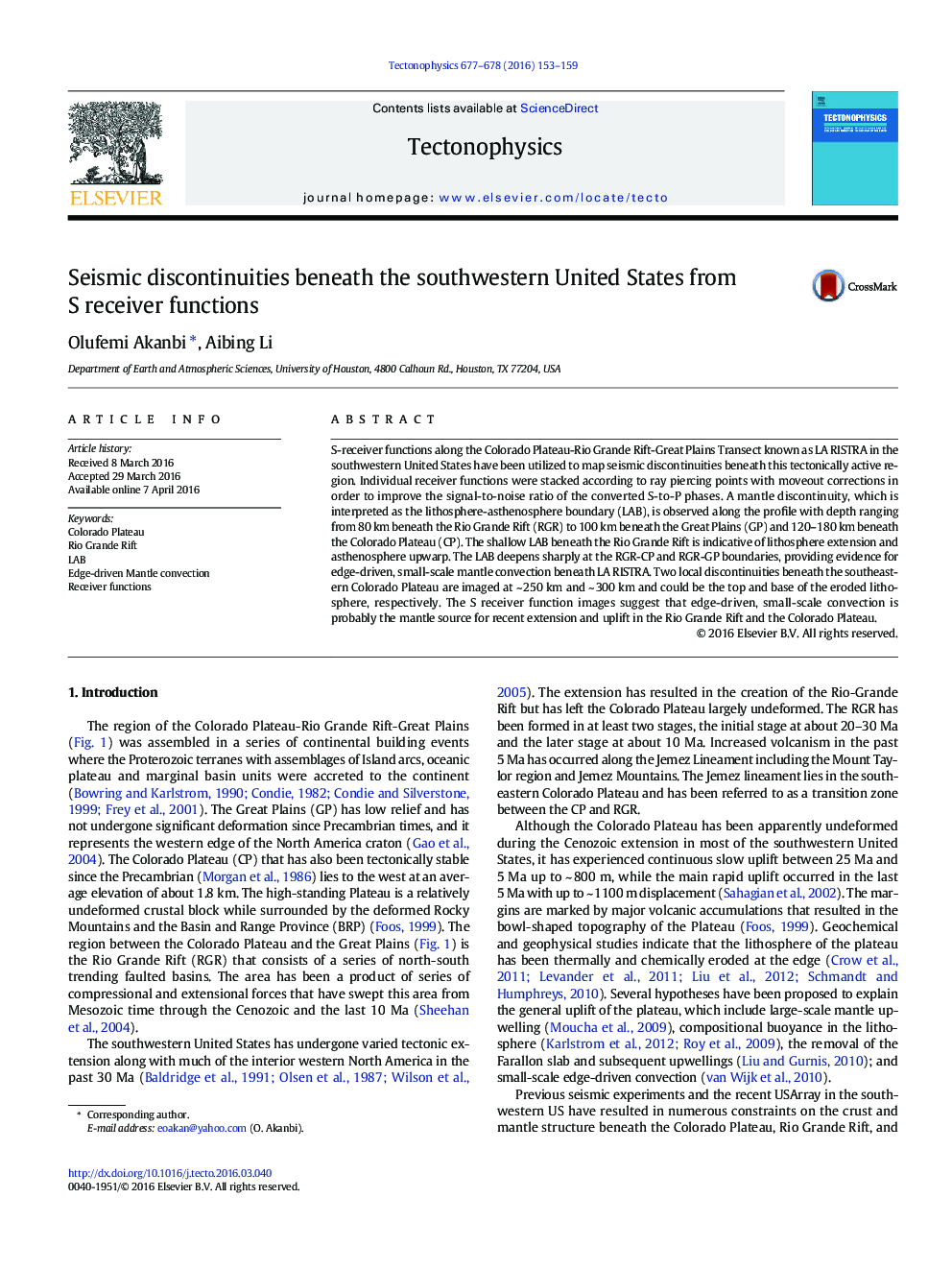 • We produced high resolution image of the Moho and LAB beneath RISTRA array.
• We observed a lithospheric-step of the LAB at the RGR-CP and RGR-GP boundaries.
• We imaged two local discontinuities beneath the southeastern Colorado Plateau which could be the top and base of removed lithosphere.
• Our observation of the LAB step beneath the RISTRA array, will promote edge-drive small-scale mantle convection.

S-receiver functions along the Colorado Plateau-Rio Grande Rift-Great Plains Transect known as LA RISTRA in the southwestern United States have been utilized to map seismic discontinuities beneath this tectonically active region. Individual receiver functions were stacked according to ray piercing points with moveout corrections in order to improve the signal-to-noise ratio of the converted S-to-P phases. A mantle discontinuity, which is interpreted as the lithosphere-asthenosphere boundary (LAB), is observed along the profile with depth ranging from 80 km beneath the Rio Grande Rift (RGR) to 100 km beneath the Great Plains (GP) and 120–180 km beneath the Colorado Plateau (CP). The shallow LAB beneath the Rio Grande Rift is indicative of lithosphere extension and asthenosphere upwarp. The LAB deepens sharply at the RGR-CP and RGR-GP boundaries, providing evidence for edge-driven, small-scale mantle convection beneath LA RISTRA. Two local discontinuities beneath the southeastern Colorado Plateau are imaged at ~ 250 km and ~ 300 km and could be the top and base of the eroded lithosphere, respectively. The S receiver function images suggest that edge-driven, small-scale convection is probably the mantle source for recent extension and uplift in the Rio Grande Rift and the Colorado Plateau.