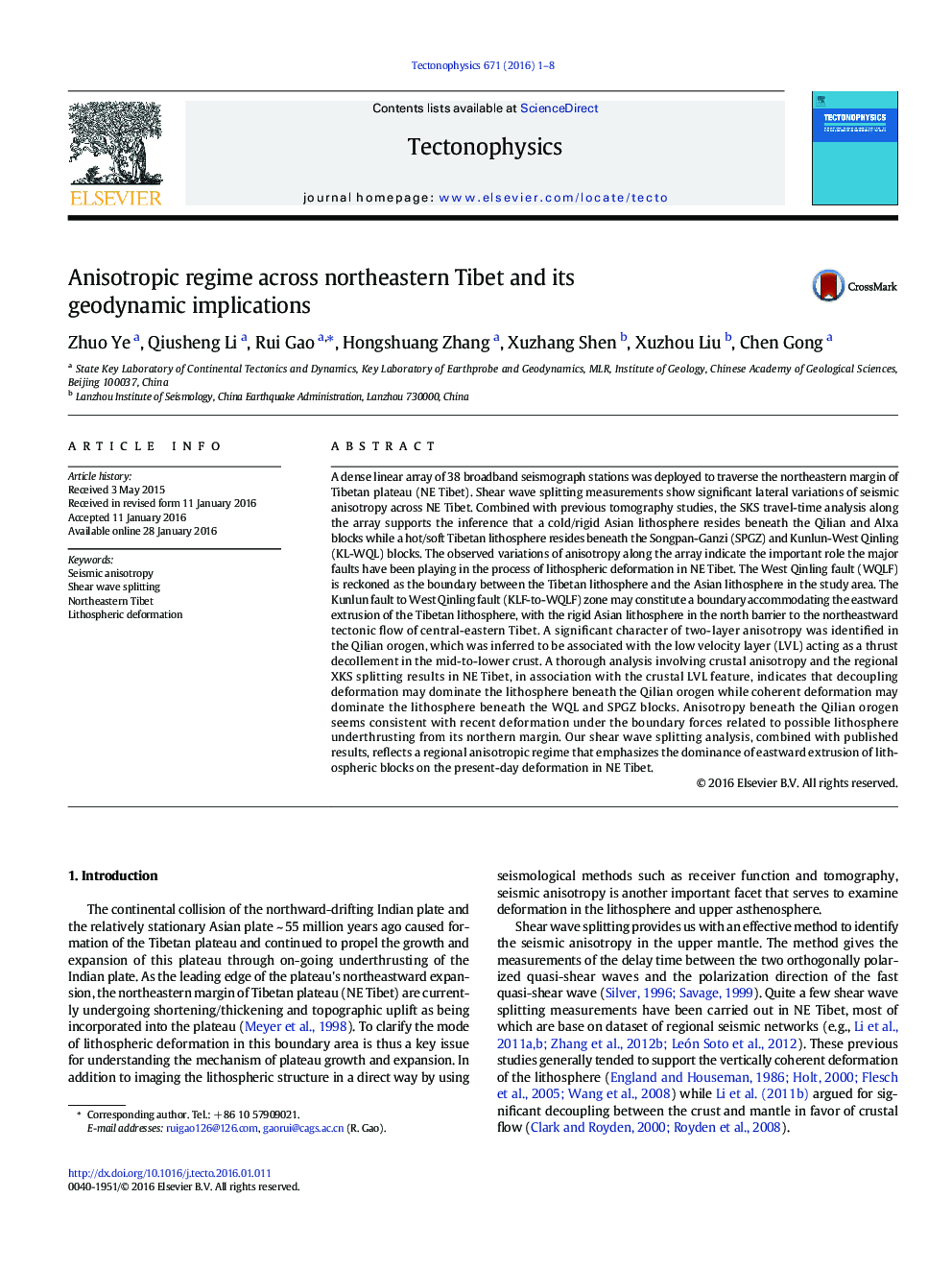 A dense linear array of 38 broadband seismograph stations was deployed to traverse the northeastern margin of Tibetan plateau (NE Tibet). Shear wave splitting measurements show significant lateral variations of seismic anisotropy across NE Tibet. Combined with previous tomography studies, the SKS travel-time analysis along the array supports the inference that a cold/rigid Asian lithosphere resides beneath the Qilian and Alxa blocks while a hot/soft Tibetan lithosphere resides beneath the Songpan-Ganzi (SPGZ) and Kunlun-West Qinling (KL-WQL) blocks. The observed variations of anisotropy along the array indicate the important role the major faults have been playing in the process of lithospheric deformation in NE Tibet. The West Qinling fault (WQLF) is reckoned as the boundary between the Tibetan lithosphere and the Asian lithosphere in the study area. The Kunlun fault to West Qinling fault (KLF-to-WQLF) zone may constitute a boundary accommodating the eastward extrusion of the Tibetan lithosphere, with the rigid Asian lithosphere in the north barrier to the northeastward tectonic flow of central-eastern Tibet. A significant character of two-layer anisotropy was identified in the Qilian orogen, which was inferred to be associated with the low velocity layer (LVL) acting as a thrust decollement in the mid-to-lower crust. A thorough analysis involving crustal anisotropy and the regional XKS splitting results in NE Tibet, in association with the crustal LVL feature, indicates that decoupling deformation may dominate the lithosphere beneath the Qilian orogen while coherent deformation may dominate the lithosphere beneath the WQL and SPGZ blocks. Anisotropy beneath the Qilian orogen seems consistent with recent deformation under the boundary forces related to possible lithosphere underthrusting from its northern margin. Our shear wave splitting analysis, combined with published results, reflects a regional anisotropic regime that emphasizes the dominance of eastward extrusion of lithospheric blocks on the present-day deformation in NE Tibet.