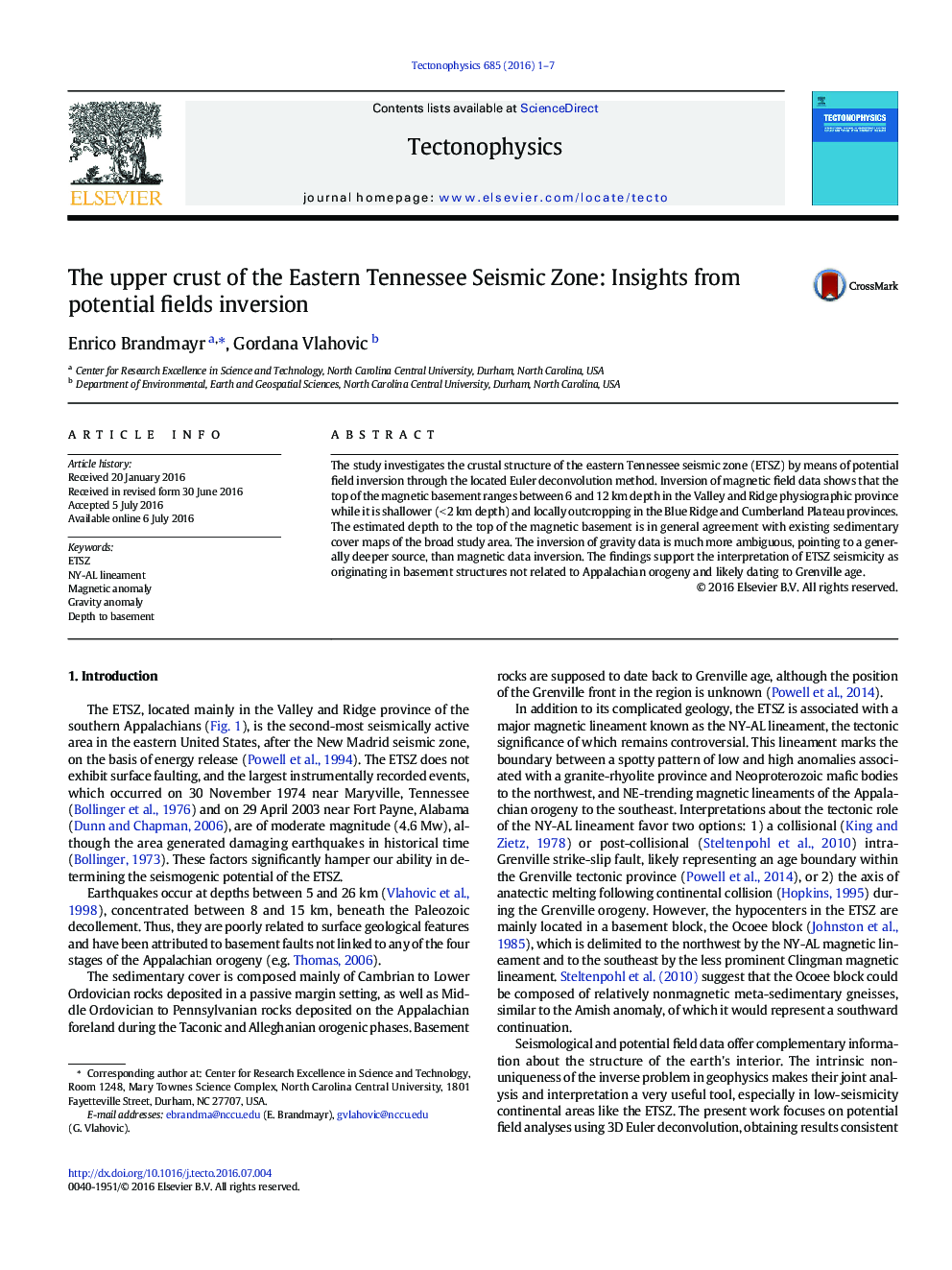 The study investigates the crustal structure of the eastern Tennessee seismic zone (ETSZ) by means of potential field inversion through the located Euler deconvolution method. Inversion of magnetic field data shows that the top of the magnetic basement ranges between 6 and 12 km depth in the Valley and Ridge physiographic province while it is shallower (< 2 km depth) and locally outcropping in the Blue Ridge and Cumberland Plateau provinces. The estimated depth to the top of the magnetic basement is in general agreement with existing sedimentary cover maps of the broad study area. The inversion of gravity data is much more ambiguous, pointing to a generally deeper source, than magnetic data inversion. The findings support the interpretation of ETSZ seismicity as originating in basement structures not related to Appalachian orogeny and likely dating to Grenville age.