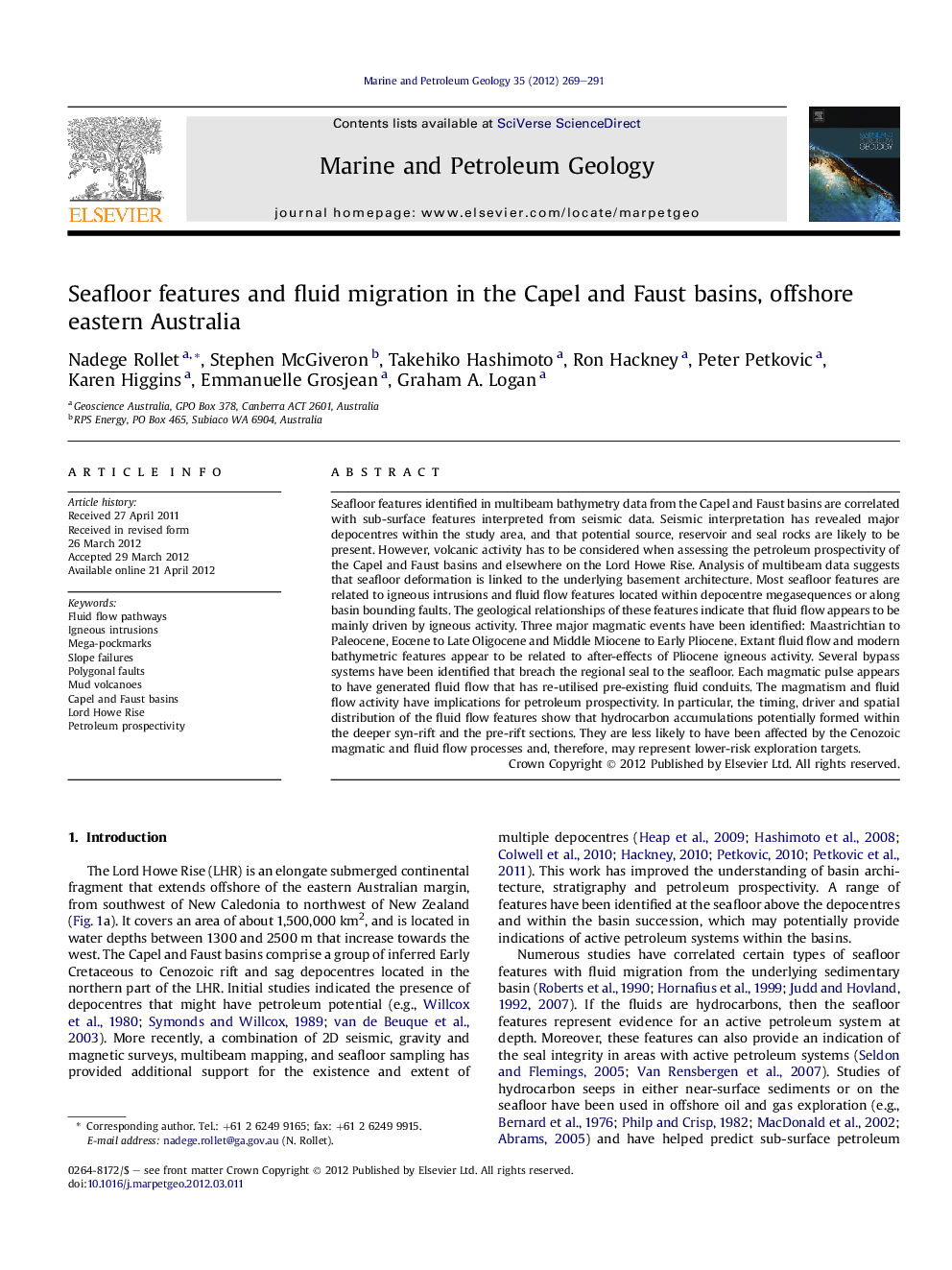 Seafloor features identified in multibeam bathymetry data from the Capel and Faust basins are correlated with sub-surface features interpreted from seismic data. Seismic interpretation has revealed major depocentres within the study area, and that potential source, reservoir and seal rocks are likely to be present. However, volcanic activity has to be considered when assessing the petroleum prospectivity of the Capel and Faust basins and elsewhere on the Lord Howe Rise. Analysis of multibeam data suggests that seafloor deformation is linked to the underlying basement architecture. Most seafloor features are related to igneous intrusions and fluid flow features located within depocentre megasequences or along basin bounding faults. The geological relationships of these features indicate that fluid flow appears to be mainly driven by igneous activity. Three major magmatic events have been identified: Maastrichtian to Paleocene, Eocene to Late Oligocene and Middle Miocene to Early Pliocene. Extant fluid flow and modern bathymetric features appear to be related to after-effects of Pliocene igneous activity. Several bypass systems have been identified that breach the regional seal to the seafloor. Each magmatic pulse appears to have generated fluid flow that has re-utilised pre-existing fluid conduits. The magmatism and fluid flow activity have implications for petroleum prospectivity. In particular, the timing, driver and spatial distribution of the fluid flow features show that hydrocarbon accumulations potentially formed within the deeper syn-rift and the pre-rift sections. They are less likely to have been affected by the Cenozoic magmatic and fluid flow processes and, therefore, may represent lower-risk exploration targets.