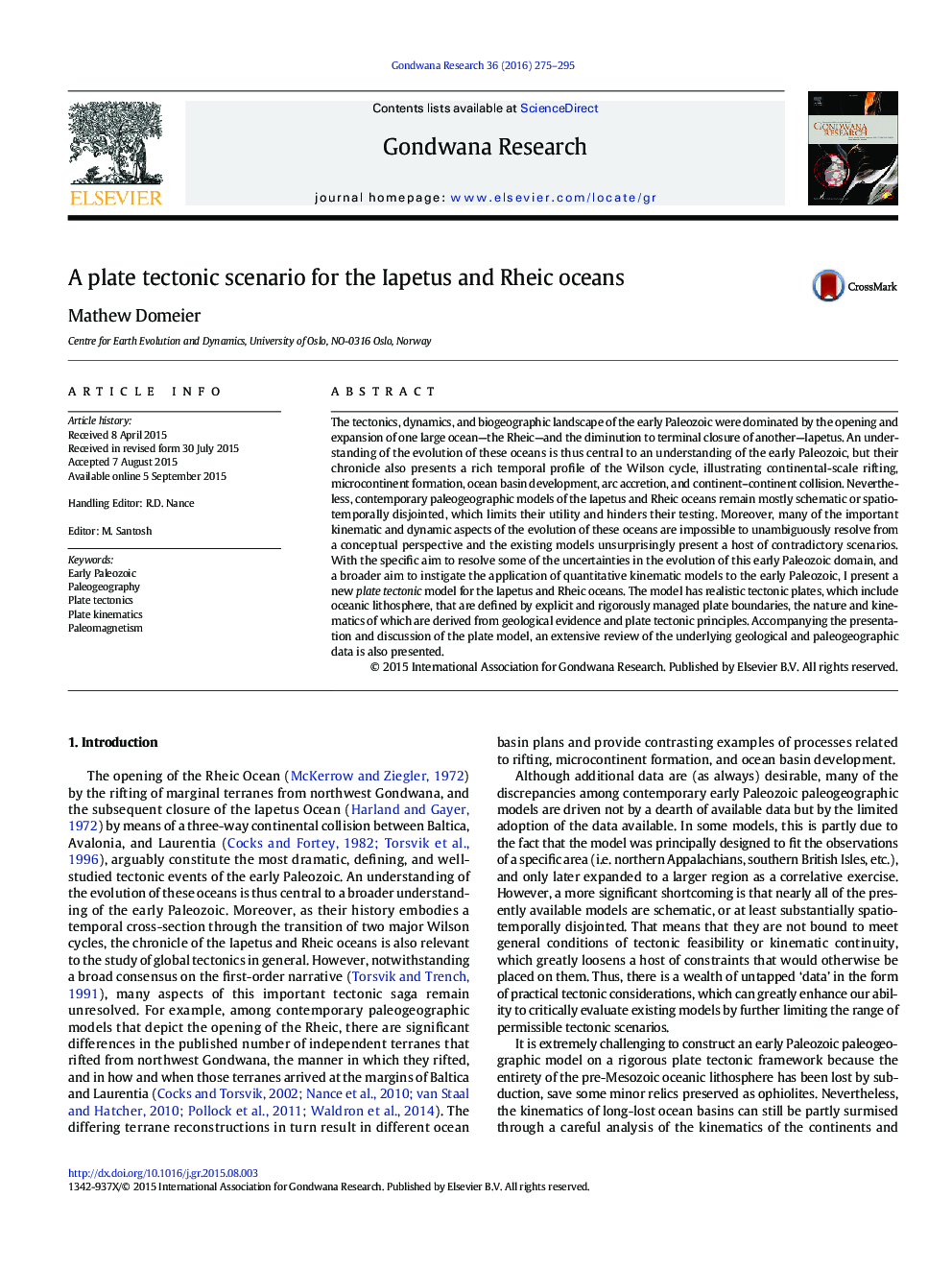 • Geological observations from the Iapetus and Rheic ocean margins are reviewed.
• An explicit plate tectonic scenario is synthesized
• Details of the full-plate model (500–420 Ma) are discussed and released.

The tectonics, dynamics, and biogeographic landscape of the early Paleozoic were dominated by the opening and expansion of one large ocean—the Rheic—and the diminution to terminal closure of another—Iapetus. An understanding of the evolution of these oceans is thus central to an understanding of the early Paleozoic, but their chronicle also presents a rich temporal profile of the Wilson cycle, illustrating continental-scale rifting, microcontinent formation, ocean basin development, arc accretion, and continent–continent collision. Nevertheless, contemporary paleogeographic models of the Iapetus and Rheic oceans remain mostly schematic or spatiotemporally disjointed, which limits their utility and hinders their testing. Moreover, many of the important kinematic and dynamic aspects of the evolution of these oceans are impossible to unambiguously resolve from a conceptual perspective and the existing models unsurprisingly present a host of contradictory scenarios. With the specific aim to resolve some of the uncertainties in the evolution of this early Paleozoic domain, and a broader aim to instigate the application of quantitative kinematic models to the early Paleozoic, I present a new plate tectonic model for the Iapetus and Rheic oceans. The model has realistic tectonic plates, which include oceanic lithosphere, that are defined by explicit and rigorously managed plate boundaries, the nature and kinematics of which are derived from geological evidence and plate tectonic principles. Accompanying the presentation and discussion of the plate model, an extensive review of the underlying geological and paleogeographic data is also presented.