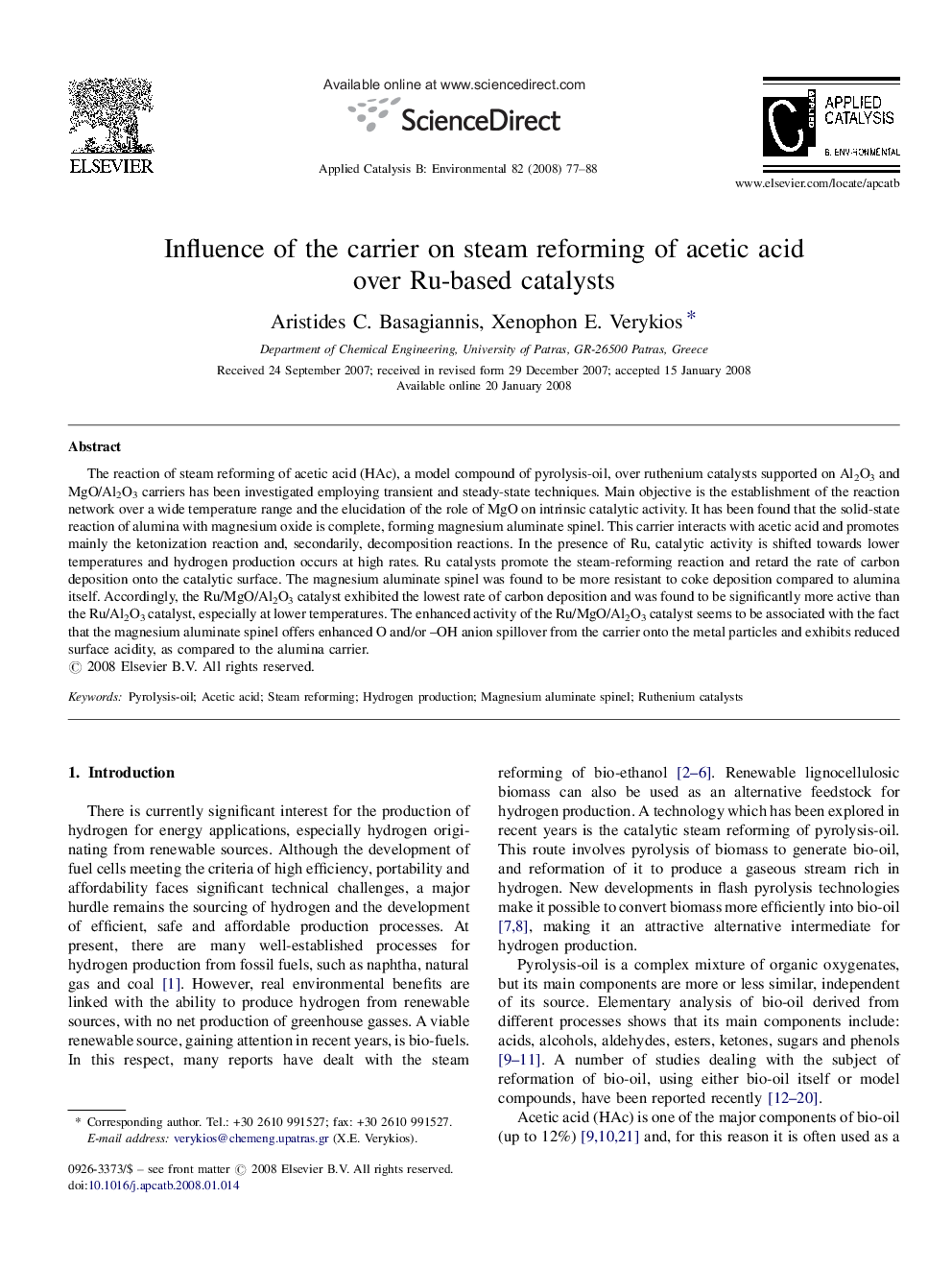 The reaction of steam reforming of acetic acid (HAc), a model compound of pyrolysis-oil, over ruthenium catalysts supported on Al2O3 and MgO/Al2O3 carriers has been investigated employing transient and steady-state techniques. Main objective is the establishment of the reaction network over a wide temperature range and the elucidation of the role of MgO on intrinsic catalytic activity. It has been found that the solid-state reaction of alumina with magnesium oxide is complete, forming magnesium aluminate spinel. This carrier interacts with acetic acid and promotes mainly the ketonization reaction and, secondarily, decomposition reactions. In the presence of Ru, catalytic activity is shifted towards lower temperatures and hydrogen production occurs at high rates. Ru catalysts promote the steam-reforming reaction and retard the rate of carbon deposition onto the catalytic surface. The magnesium aluminate spinel was found to be more resistant to coke deposition compared to alumina itself. Accordingly, the Ru/MgO/Al2O3 catalyst exhibited the lowest rate of carbon deposition and was found to be significantly more active than the Ru/Al2O3 catalyst, especially at lower temperatures. The enhanced activity of the Ru/MgO/Al2O3 catalyst seems to be associated with the fact that the magnesium aluminate spinel offers enhanced O and/or –OH anion spillover from the carrier onto the metal particles and exhibits reduced surface acidity, as compared to the alumina carrier.