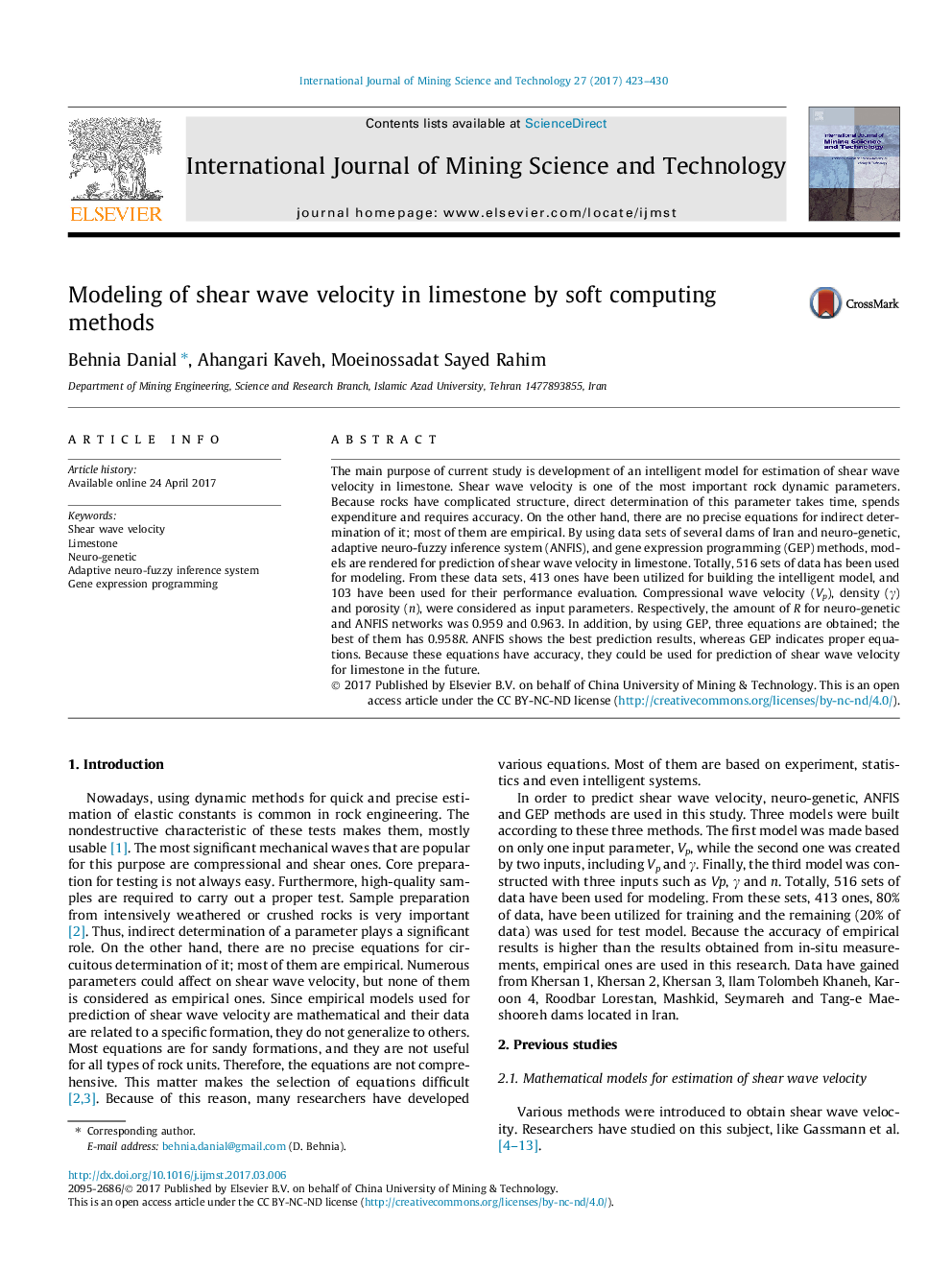 The main purpose of current study is development of an intelligent model for estimation of shear wave velocity in limestone. Shear wave velocity is one of the most important rock dynamic parameters. Because rocks have complicated structure, direct determination of this parameter takes time, spends expenditure and requires accuracy. On the other hand, there are no precise equations for indirect determination of it; most of them are empirical. By using data sets of several dams of Iran and neuro-genetic, adaptive neuro-fuzzy inference system (ANFIS), and gene expression programming (GEP) methods, models are rendered for prediction of shear wave velocity in limestone. Totally, 516 sets of data has been used for modeling. From these data sets, 413 ones have been utilized for building the intelligent model, and 103 have been used for their performance evaluation. Compressional wave velocity (Vp), density (Î³) and porosity (n), were considered as input parameters. Respectively, the amount of R for neuro-genetic and ANFIS networks was 0.959 and 0.963. In addition, by using GEP, three equations are obtained; the best of them has 0.958R. ANFIS shows the best prediction results, whereas GEP indicates proper equations. Because these equations have accuracy, they could be used for prediction of shear wave velocity for limestone in the future.