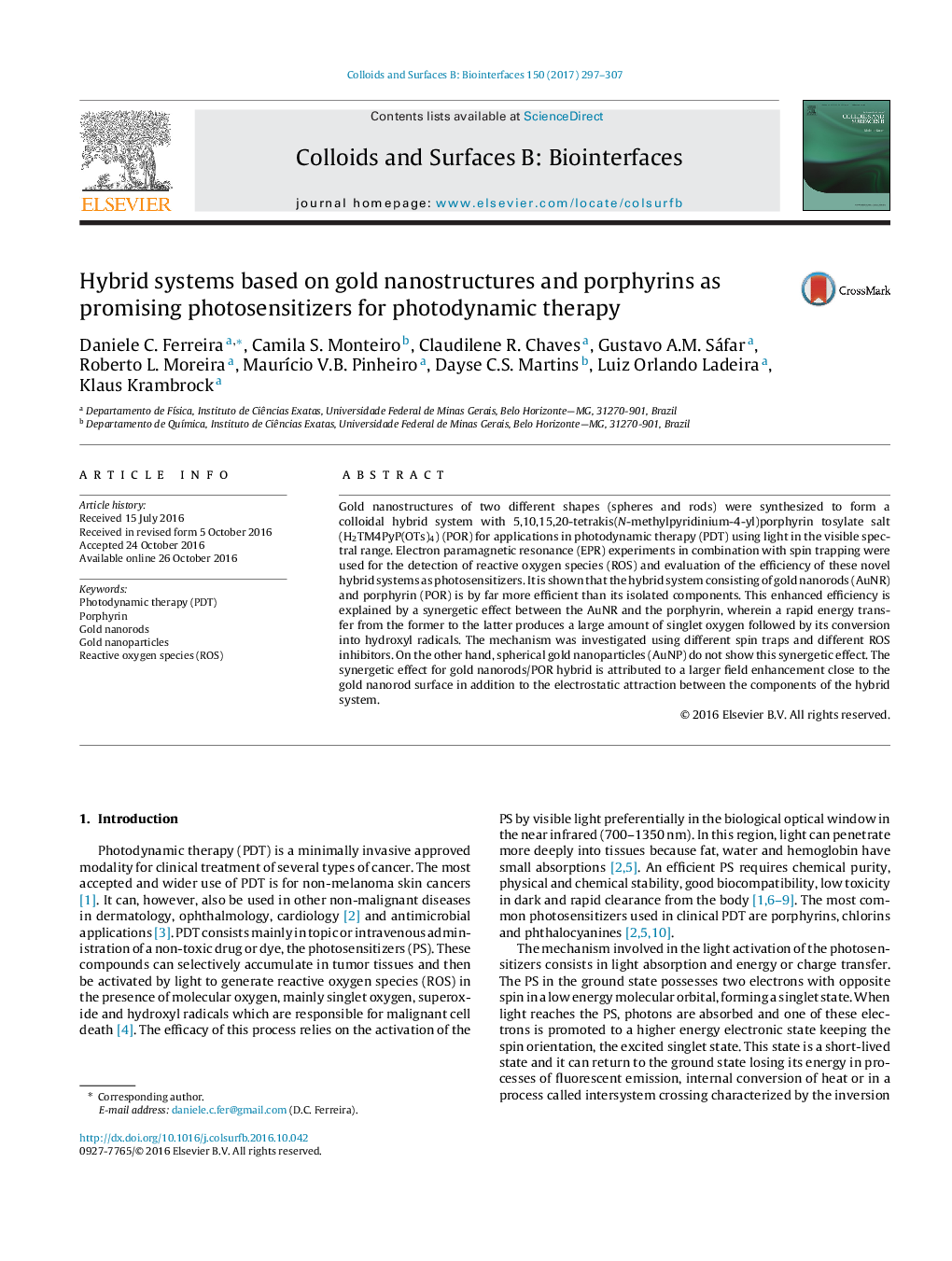 - AuNR/POR hybrids show much higher efficiency in 1O2 production than porphyrin.
- Enhancement effect is stronger for anisotropic AuNR compared with spherical AuNP.
- Surface charge of AuNR or AuNP has minor effect on 1O2 production of the hybrid.
- Dominant mechanism for AuNR/POR hybrid in ROS generation for PDT is of type II.

Gold nanostructures of two different shapes (spheres and rods) were synthesized to form a colloidal hybrid system with 5,10,15,20-tetrakis(N-methylpyridinium-4-yl)porphyrin tosylate salt (H2TM4PyP(OTs)4) (POR) for applications in photodynamic therapy (PDT) using light in the visible spectral range. Electron paramagnetic resonance (EPR) experiments in combination with spin trapping were used for the detection of reactive oxygen species (ROS) and evaluation of the efficiency of these novel hybrid systems as photosensitizers. It is shown that the hybrid system consisting of gold nanorods (AuNR) and porphyrin (POR) is by far more efficient than its isolated components. This enhanced efficiency is explained by a synergetic effect between the AuNR and the porphyrin, wherein a rapid energy transfer from the former to the latter produces a large amount of singlet oxygen followed by its conversion into hydroxyl radicals. The mechanism was investigated using different spin traps and different ROS inhibitors. On the other hand, spherical gold nanoparticles (AuNP) do not show this synergetic effect. The synergetic effect for gold nanorods/POR hybrid is attributed to a larger field enhancement close to the gold nanorod surface in addition to the electrostatic attraction between the components of the hybrid system.