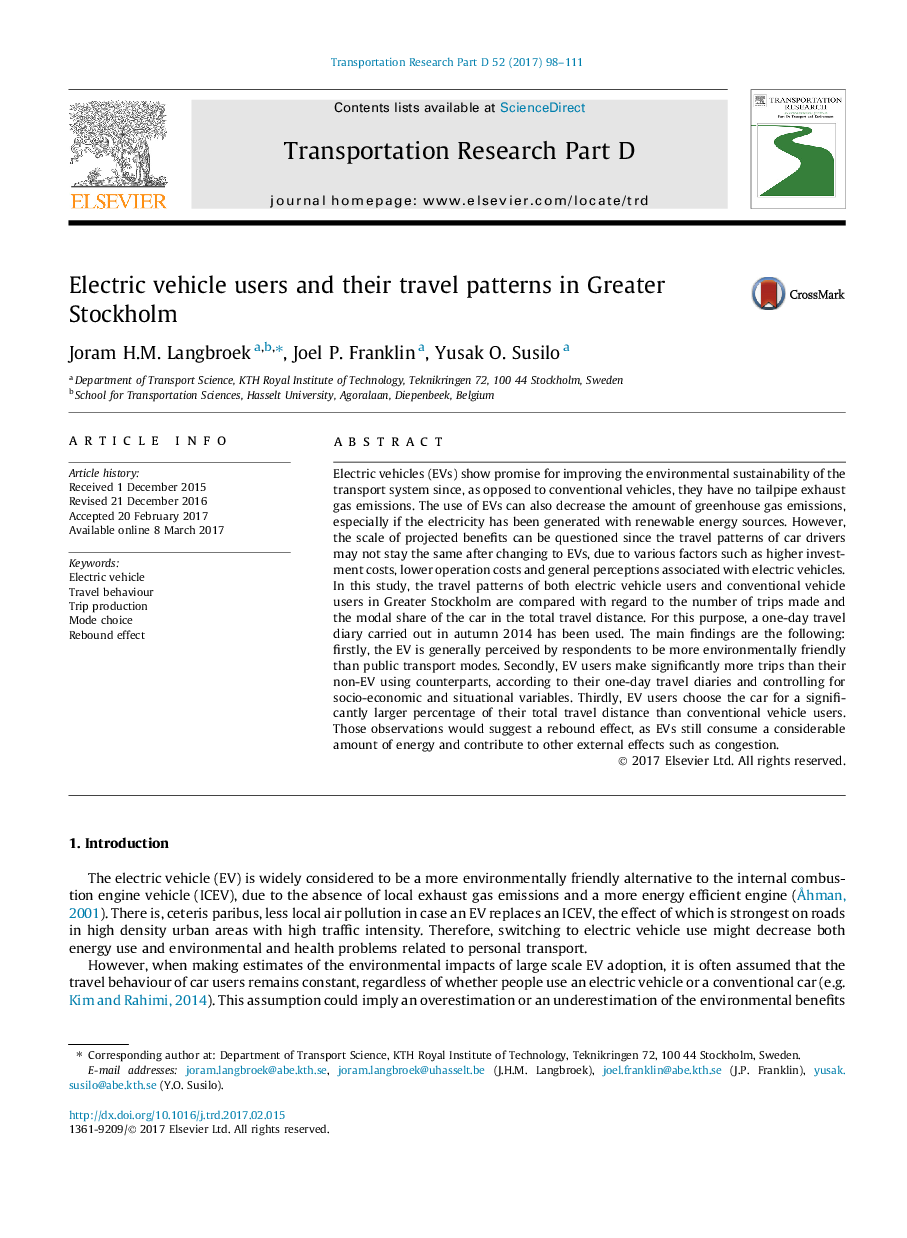 Electric vehicles (EVs) show promise for improving the environmental sustainability of the transport system since, as opposed to conventional vehicles, they have no tailpipe exhaust gas emissions. The use of EVs can also decrease the amount of greenhouse gas emissions, especially if the electricity has been generated with renewable energy sources. However, the scale of projected benefits can be questioned since the travel patterns of car drivers may not stay the same after changing to EVs, due to various factors such as higher investment costs, lower operation costs and general perceptions associated with electric vehicles. In this study, the travel patterns of both electric vehicle users and conventional vehicle users in Greater Stockholm are compared with regard to the number of trips made and the modal share of the car in the total travel distance. For this purpose, a one-day travel diary carried out in autumn 2014 has been used. The main findings are the following: firstly, the EV is generally perceived by respondents to be more environmentally friendly than public transport modes. Secondly, EV users make significantly more trips than their non-EV using counterparts, according to their one-day travel diaries and controlling for socio-economic and situational variables. Thirdly, EV users choose the car for a significantly larger percentage of their total travel distance than conventional vehicle users. Those observations would suggest a rebound effect, as EVs still consume a considerable amount of energy and contribute to other external effects such as congestion.