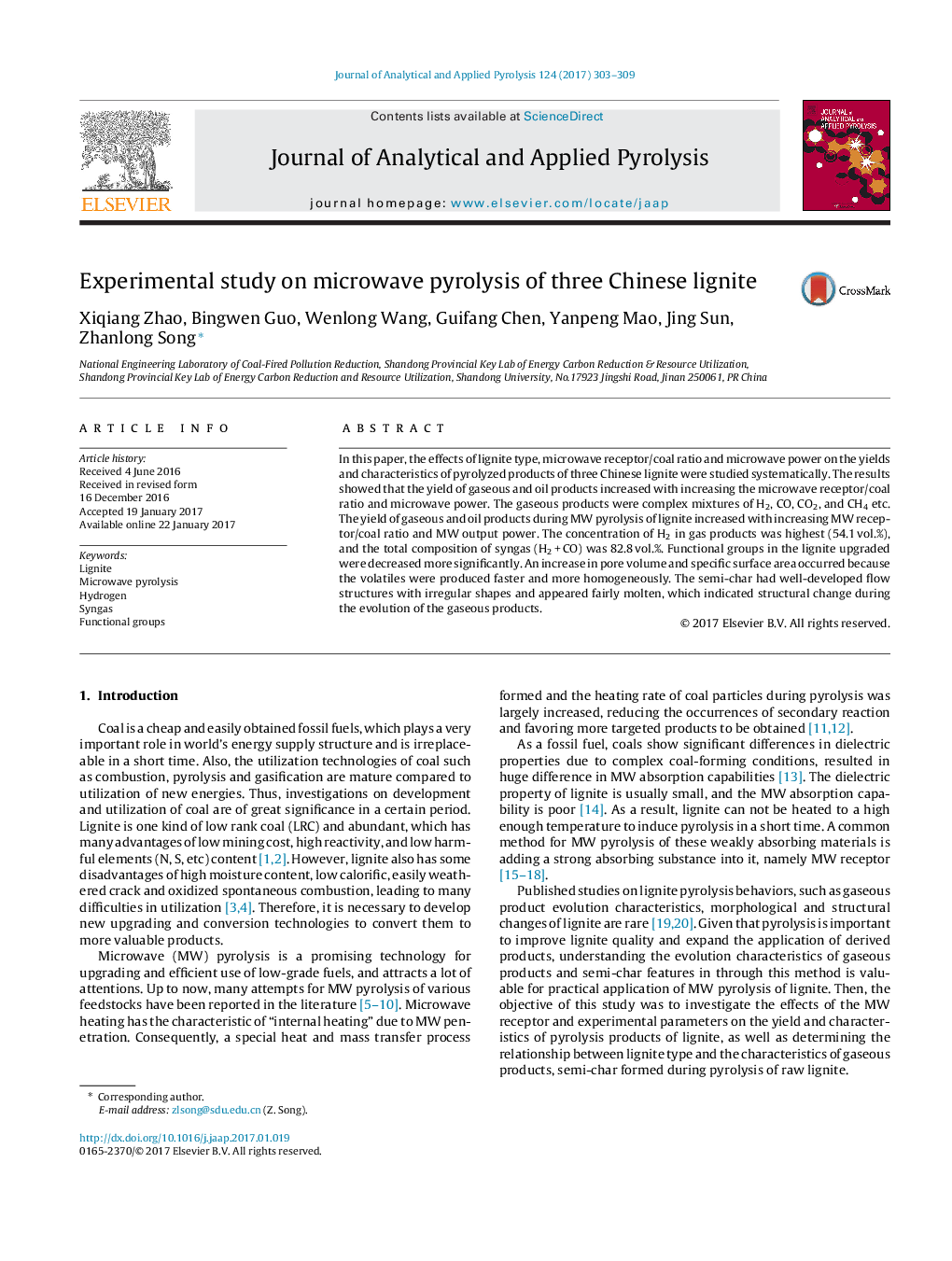 In this paper, the effects of lignite type, microwave receptor/coal ratio and microwave power on the yields and characteristics of pyrolyzed products of three Chinese lignite were studied systematically. The results showed that the yield of gaseous and oil products increased with increasing the microwave receptor/coal ratio and microwave power. The gaseous products were complex mixtures of H2, CO, CO2, and CH4 etc. The yield of gaseous and oil products during MW pyrolysis of lignite increased with increasing MW receptor/coal ratio and MW output power. The concentration of H2 in gas products was highest (54.1Â vol.%), and the total composition of syngas (H2Â +Â CO) was 82.8Â vol.%. Functional groups in the lignite upgraded were decreased more significantly. An increase in pore volume and specific surface area occurred because the volatiles were produced faster and more homogeneously. The semi-char had well-developed flow structures with irregular shapes and appeared fairly molten, which indicated structural change during the evolution of the gaseous products.