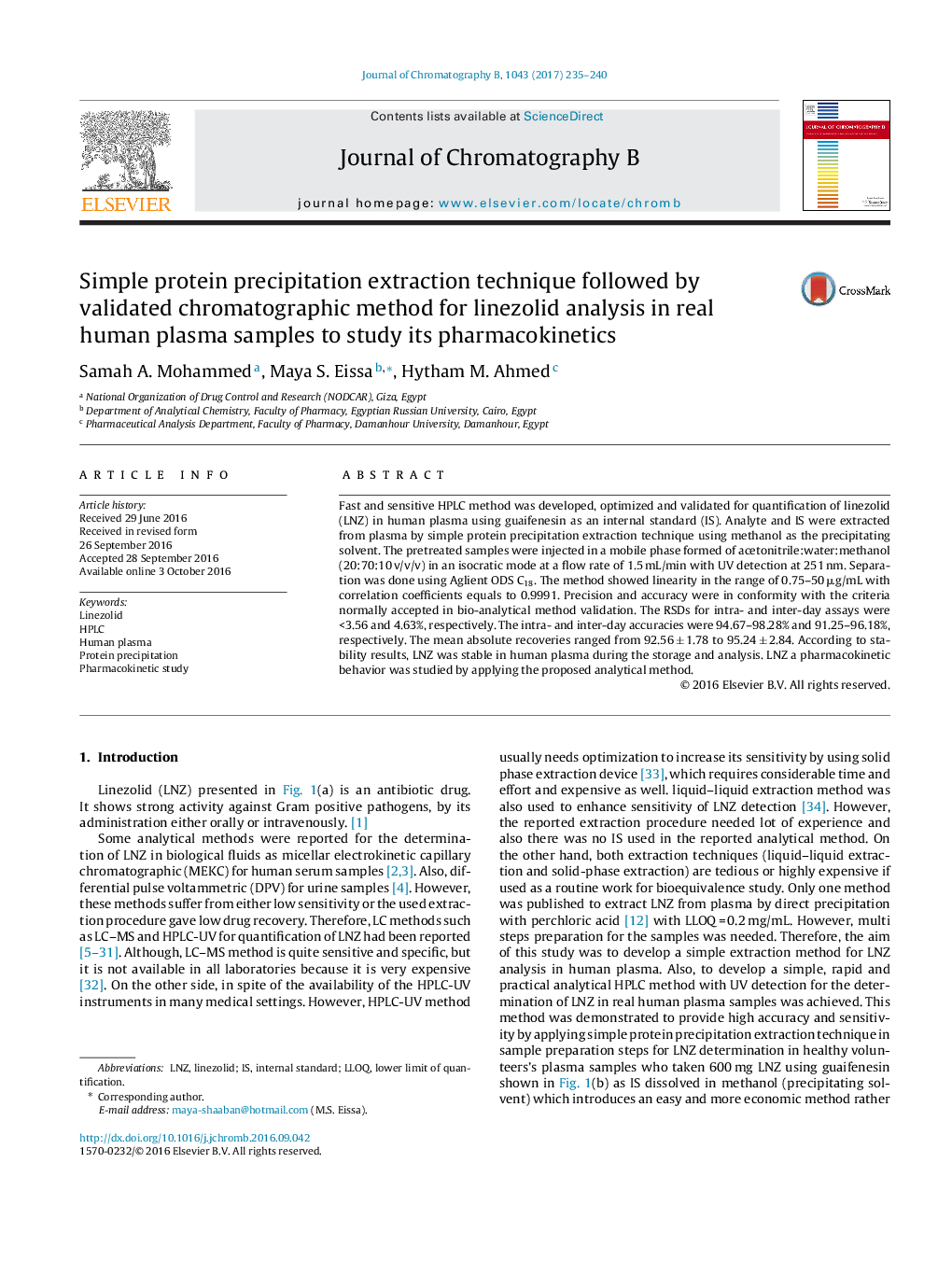 Fast and sensitive HPLC method was developed, optimized and validated for quantification of linezolid (LNZ) in human plasma using guaifenesin as an internal standard (IS). Analyte and IS were extracted from plasma by simple protein precipitation extraction technique using methanol as the precipitating solvent. The pretreated samples were injected in a mobile phase formed of acetonitrile:water:methanol (20:70:10Â v/v/v) in an isocratic mode at a flow rate of 1.5Â mL/min with UV detection at 251Â nm. Separation was done using Aglient ODS C18. The method showed linearity in the range of 0.75-50Â Î¼g/mL with correlation coefficients equals to 0.9991. Precision and accuracy were in conformity with the criteria normally accepted in bio-analytical method validation. The RSDs for intra- and inter-day assays were <3.56 and 4.63%, respectively. The intra- and inter-day accuracies were 94.67-98.28% and 91.25-96.18%, respectively. The mean absolute recoveries ranged from 92.56Â Â±Â 1.78 to 95.24Â Â±Â 2.84. According to stability results, LNZ was stable in human plasma during the storage and analysis. LNZ a pharmacokinetic behavior was studied by applying the proposed analytical method.