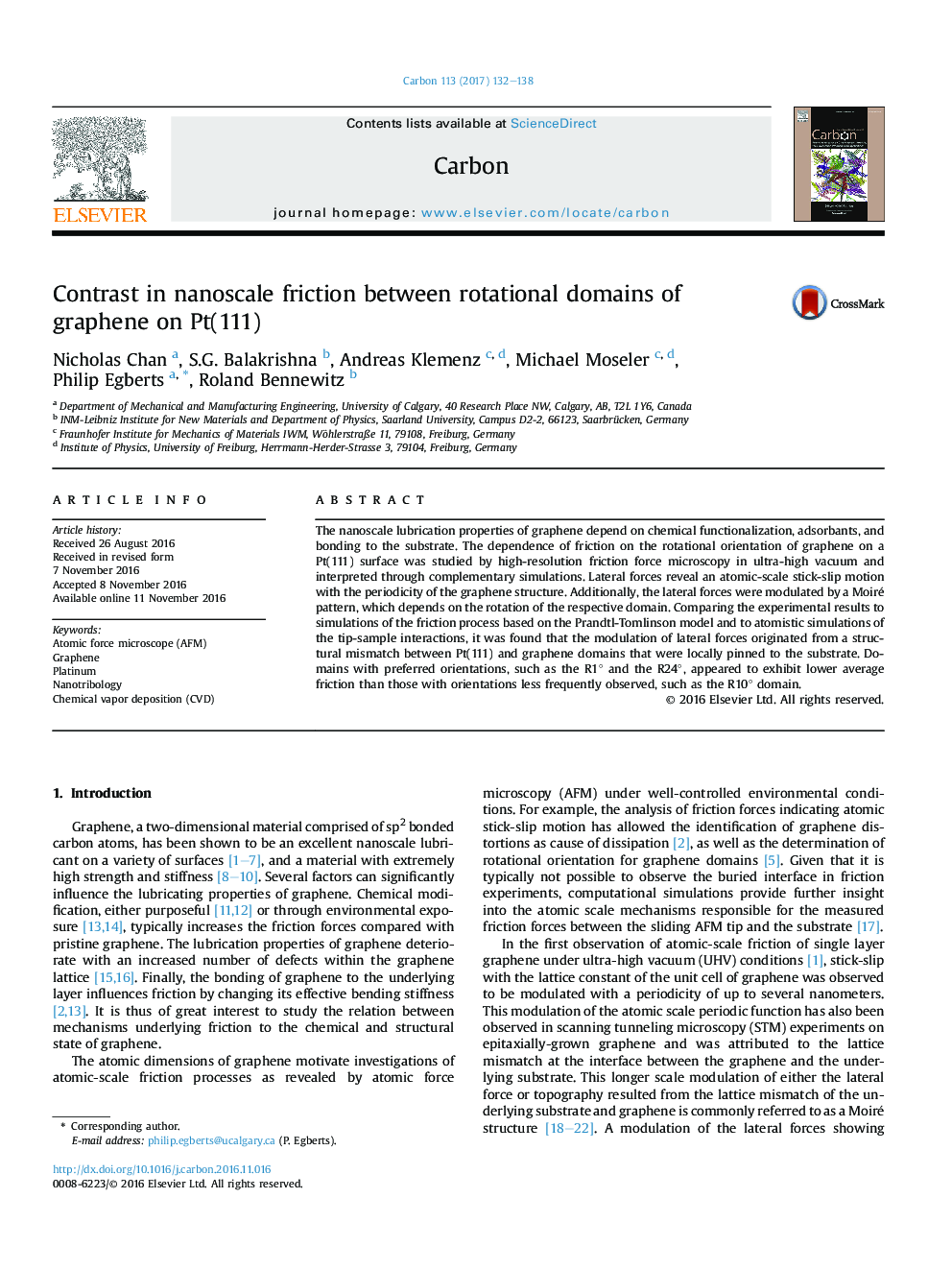 The nanoscale lubrication properties of graphene depend on chemical functionalization, adsorbants, and bonding to the substrate. The dependence of friction on the rotational orientation of graphene on a Pt(111) surface was studied by high-resolution friction force microscopy in ultra-high vacuum and interpreted through complementary simulations. Lateral forces reveal an atomic-scale stick-slip motion with the periodicity of the graphene structure. Additionally, the lateral forces were modulated by a Moiré pattern, which depends on the rotation of the respective domain. Comparing the experimental results to simulations of the friction process based on the Prandtl-Tomlinson model and to atomistic simulations of the tip-sample interactions, it was found that the modulation of lateral forces originated from a structural mismatch between Pt(111) and graphene domains that were locally pinned to the substrate. Domains with preferred orientations, such as the R1Â° and the R24Â°, appeared to exhibit lower average friction than those with orientations less frequently observed, such as the R10Â° domain.