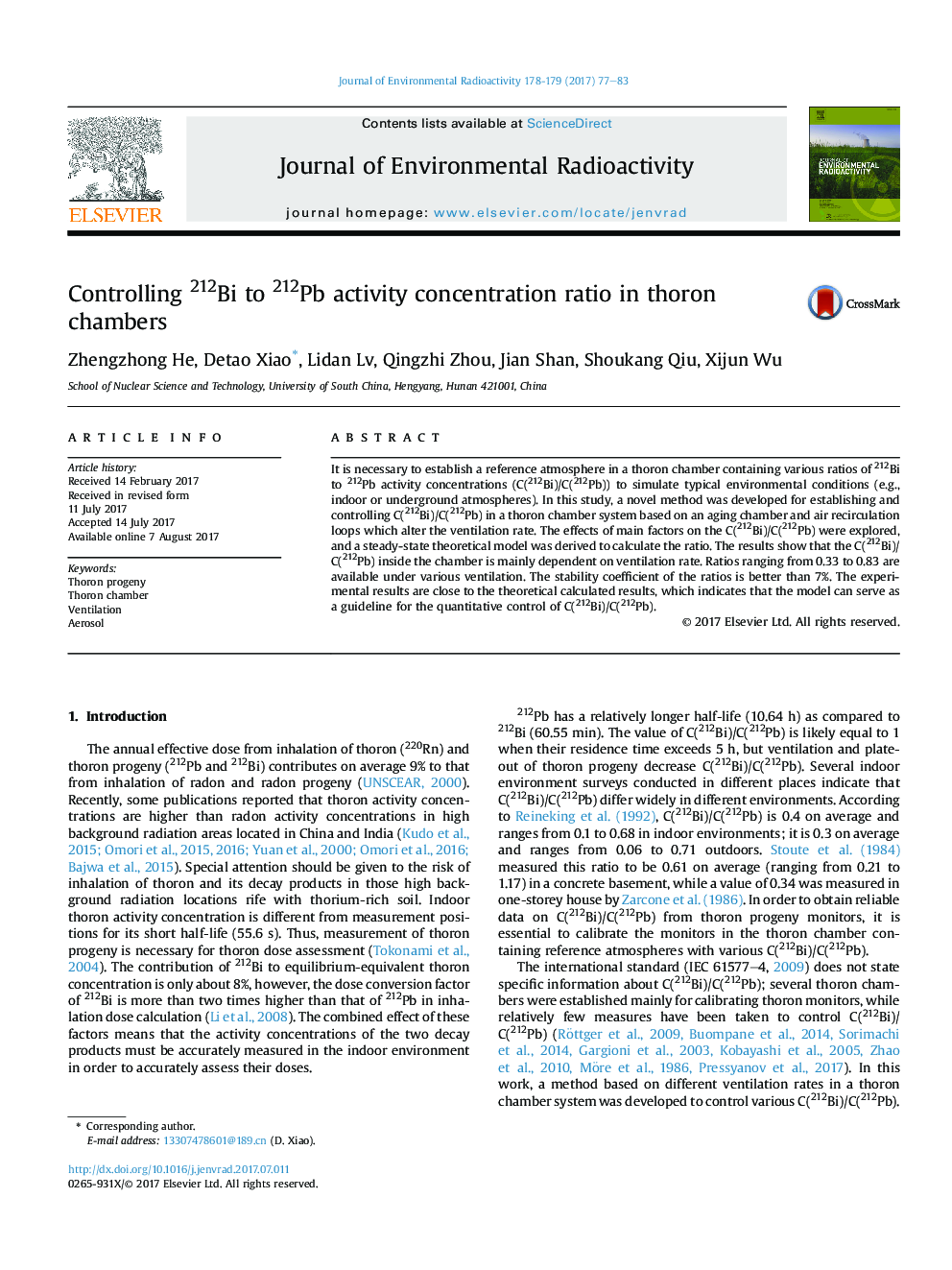 It is necessary to establish a reference atmosphere in a thoron chamber containing various ratios of 212Bi to 212Pb activity concentrations (C(212Bi)/C(212Pb)) to simulate typical environmental conditions (e.g., indoor or underground atmospheres). In this study, a novel method was developed for establishing and controlling C(212Bi)/C(212Pb) in a thoron chamber system based on an aging chamber and air recirculation loops which alter the ventilation rate. The effects of main factors on the C(212Bi)/C(212Pb) were explored, and a steady-state theoretical model was derived to calculate the ratio. The results show that the C(212Bi)/C(212Pb) inside the chamber is mainly dependent on ventilation rate. Ratios ranging from 0.33 to 0.83 are available under various ventilation. The stability coefficient of the ratios is better than 7%. The experimental results are close to the theoretical calculated results, which indicates that the model can serve as a guideline for the quantitative control of C(212Bi)/C(212Pb).