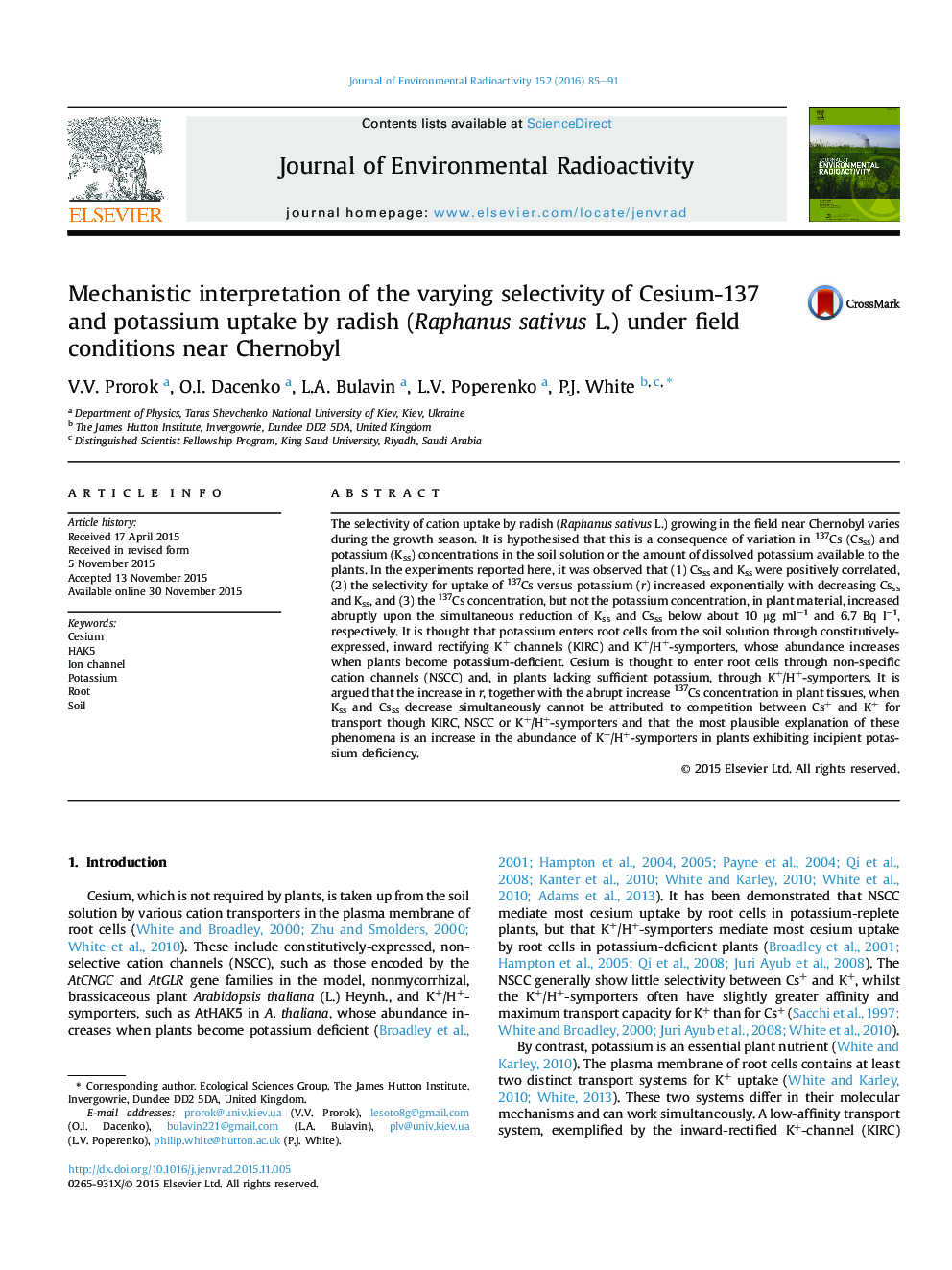 The selectivity of cation uptake by radish (Raphanus sativus L.) growing in the field near Chernobyl varies during the growth season. It is hypothesised that this is a consequence of variation in 137Cs (Csss) and potassium (Kss) concentrations in the soil solution or the amount of dissolved potassium available to the plants. In the experiments reported here, it was observed that (1) Csss and Kss were positively correlated, (2) the selectivity for uptake of 137Cs versus potassium (r) increased exponentially with decreasing Csss and Kss, and (3) the 137Cs concentration, but not the potassium concentration, in plant material, increased abruptly upon the simultaneous reduction of Kss and Csss below about 10 μg ml−1 and 6.7 Bq l−1, respectively. It is thought that potassium enters root cells from the soil solution through constitutively-expressed, inward rectifying K+ channels (KIRC) and K+/H+-symporters, whose abundance increases when plants become potassium-deficient. Cesium is thought to enter root cells through non-specific cation channels (NSCC) and, in plants lacking sufficient potassium, through K+/H+-symporters. It is argued that the increase in r, together with the abrupt increase 137Cs concentration in plant tissues, when Kss and Csss decrease simultaneously cannot be attributed to competition between Cs+ and K+ for transport though KIRC, NSCC or K+/H+-symporters and that the most plausible explanation of these phenomena is an increase in the abundance of K+/H+-symporters in plants exhibiting incipient potassium deficiency.