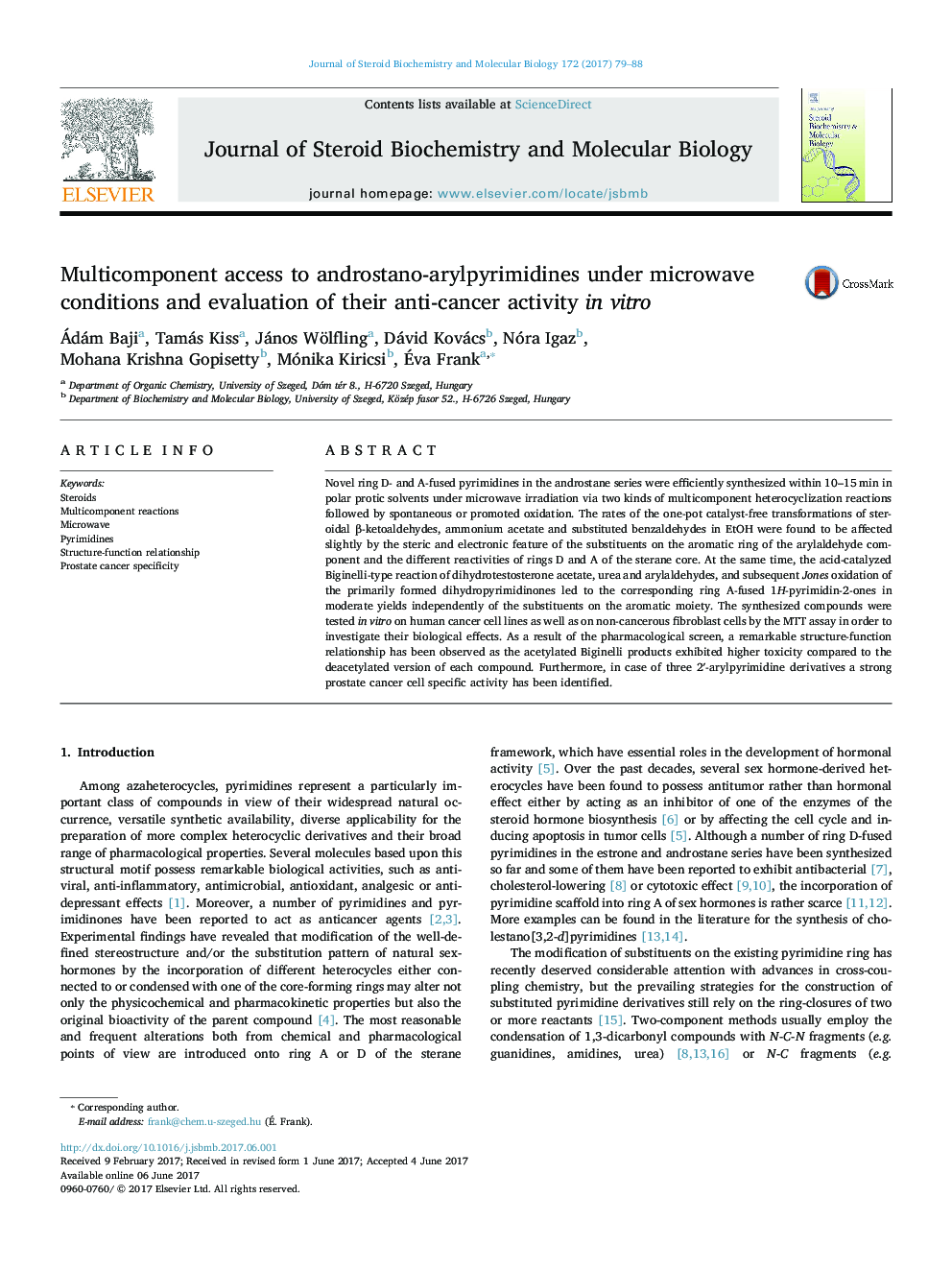 Novel ring D- and A-fused pyrimidines in the androstane series were efficiently synthesized within 10-15Â min in polar protic solvents under microwave irradiation via two kinds of multicomponent heterocyclization reactions followed by spontaneous or promoted oxidation. The rates of the one-pot catalyst-free transformations of steroidal Î²-ketoaldehydes, ammonium acetate and substituted benzaldehydes in EtOH were found to be affected slightly by the steric and electronic feature of the substituents on the aromatic ring of the arylaldehyde component and the different reactivities of rings D and A of the sterane core. At the same time, the acid-catalyzed Biginelli-type reaction of dihydrotestosterone acetate, urea and arylaldehydes, and subsequent Jones oxidation of the primarily formed dihydropyrimidinones led to the corresponding ring A-fused 1H-pyrimidin-2-ones in moderate yields independently of the substituents on the aromatic moiety. The synthesized compounds were tested in vitro on human cancer cell lines as well as on non-cancerous fibroblast cells by the MTT assay in order to investigate their biological effects. As a result of the pharmacological screen, a remarkable structure-function relationship has been observed as the acetylated Biginelli products exhibited higher toxicity compared to the deacetylated version of each compound. Furthermore, in case of three 2â²-arylpyrimidine derivatives a strong prostate cancer cell specific activity has been identified.