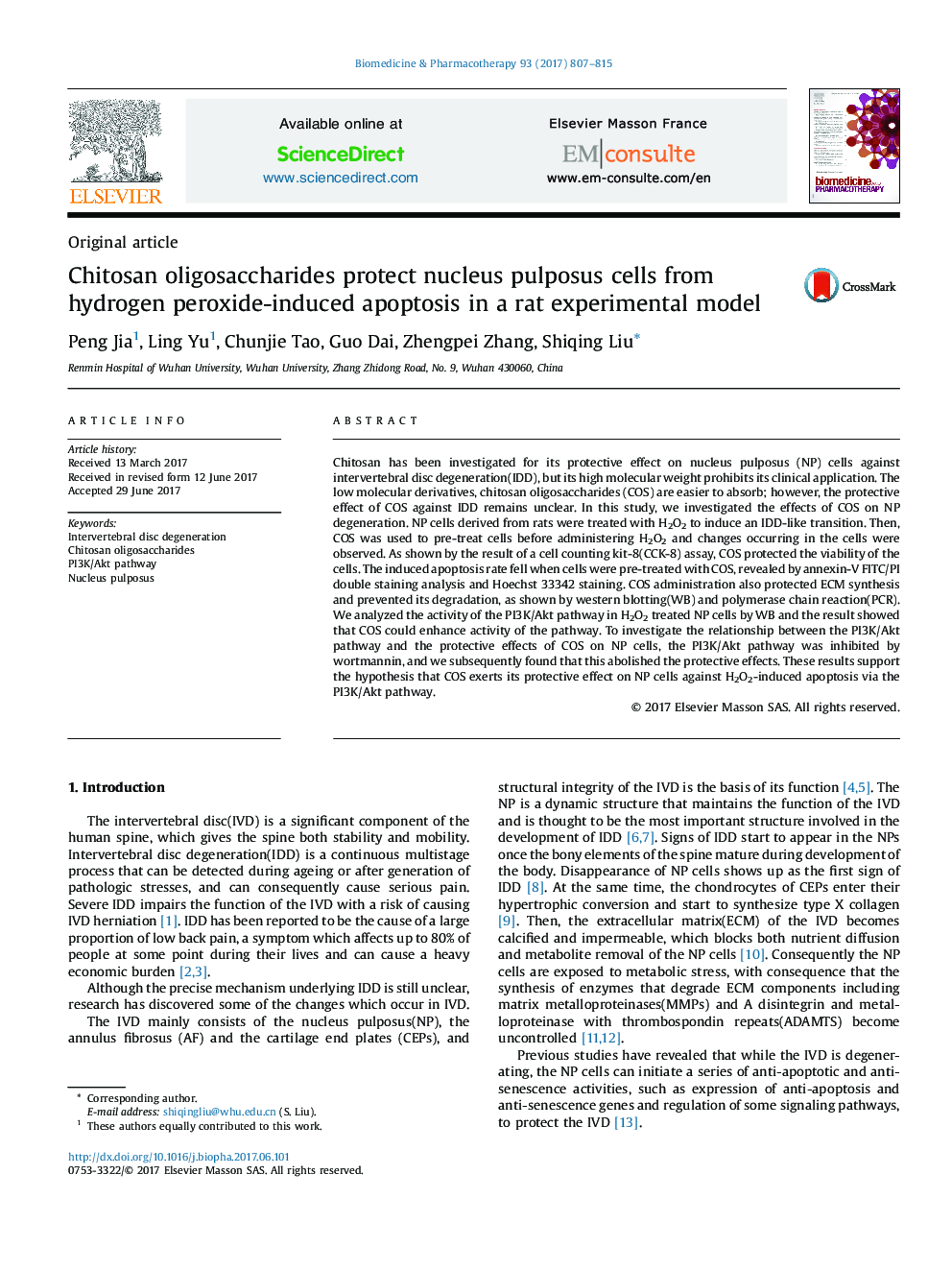 Chitosan has been investigated for its protective effect on nucleus pulposus (NP) cells against intervertebral disc degeneration(IDD), but its high molecular weight prohibits its clinical application. The low molecular derivatives, chitosan oligosaccharides (COS) are easier to absorb; however, the protective effect of COS against IDD remains unclear. In this study, we investigated the effects of COS on NP degeneration. NP cells derived from rats were treated with H2O2 to induce an IDD-like transition. Then, COS was used to pre-treat cells before administering H2O2 and changes occurring in the cells were observed. As shown by the result of a cell counting kit-8(CCK-8) assay, COS protected the viability of the cells. The induced apoptosis rate fell when cells were pre-treated with COS, revealed by annexin-V FITC/PI double staining analysis and Hoechst 33342 staining. COS administration also protected ECM synthesis and prevented its degradation, as shown by western blotting(WB) and polymerase chain reaction(PCR). We analyzed the activity of the PI3K/Akt pathway in H2O2 treated NP cells by WB and the result showed that COS could enhance activity of the pathway. To investigate the relationship between the PI3K/Akt pathway and the protective effects of COS on NP cells, the PI3K/Akt pathway was inhibited by wortmannin, and we subsequently found that this abolished the protective effects. These results support the hypothesis that COS exerts its protective effect on NP cells against H2O2-induced apoptosis via the PI3K/Akt pathway.