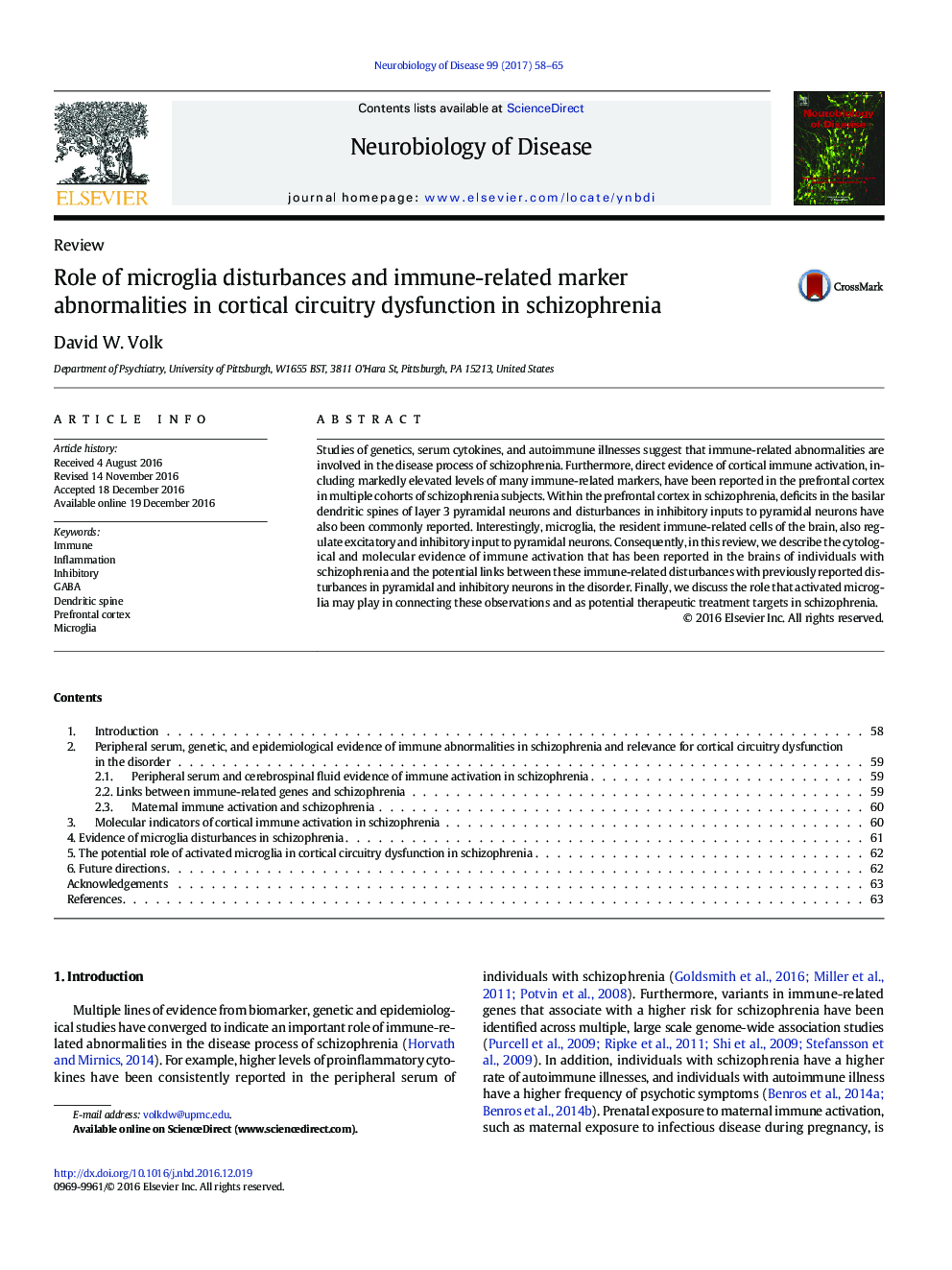 Studies of genetics, serum cytokines, and autoimmune illnesses suggest that immune-related abnormalities are involved in the disease process of schizophrenia. Furthermore, direct evidence of cortical immune activation, including markedly elevated levels of many immune-related markers, have been reported in the prefrontal cortex in multiple cohorts of schizophrenia subjects. Within the prefrontal cortex in schizophrenia, deficits in the basilar dendritic spines of layer 3 pyramidal neurons and disturbances in inhibitory inputs to pyramidal neurons have also been commonly reported. Interestingly, microglia, the resident immune-related cells of the brain, also regulate excitatory and inhibitory input to pyramidal neurons. Consequently, in this review, we describe the cytological and molecular evidence of immune activation that has been reported in the brains of individuals with schizophrenia and the potential links between these immune-related disturbances with previously reported disturbances in pyramidal and inhibitory neurons in the disorder. Finally, we discuss the role that activated microglia may play in connecting these observations and as potential therapeutic treatment targets in schizophrenia.