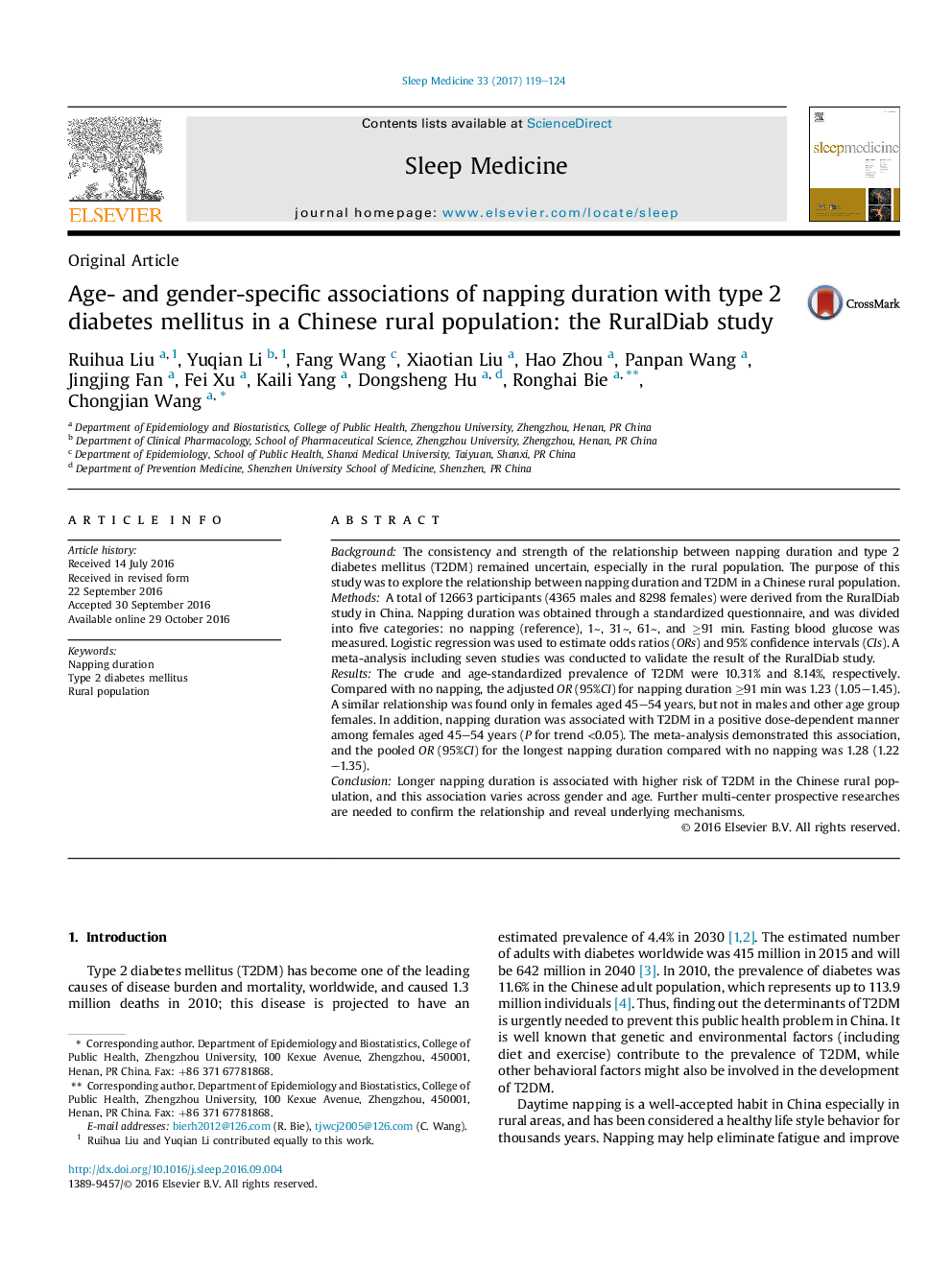 BackgroundThe consistency and strength of the relationship between napping duration and type 2 diabetes mellitus (T2DM) remained uncertain, especially in the rural population. The purpose of this study was to explore the relationship between napping duration and T2DM in a Chinese rural population.MethodsA total of 12663 participants (4365 males and 8298 females) were derived from the RuralDiab study in China. Napping duration was obtained through a standardized questionnaire, and was divided into five categories: no napping (reference), 1â¼, 31â¼, 61â¼, and â¥91Â min. Fasting blood glucose was measured. Logistic regression was used to estimate odds ratios (ORs) and 95% confidence intervals (CIs). A meta-analysis including seven studies was conducted to validate the result of the RuralDiab study.ResultsThe crude and age-standardized prevalence of T2DM were 10.31% and 8.14%, respectively. Compared with no napping, the adjusted OR (95%CI) for napping duration â¥91Â min was 1.23 (1.05-1.45). A similar relationship was found only in females aged 45-54 years, but not in males and other age group females. In addition, napping duration was associated with T2DM in a positive dose-dependent manner among females aged 45-54 years (P for trend <0.05). The meta-analysis demonstrated this association, and the pooled OR (95%CI) for the longest napping duration compared with no napping was 1.28 (1.22-1.35).ConclusionLonger napping duration is associated with higher risk of T2DM in the Chinese rural population, and this association varies across gender and age. Further multi-center prospective researches are needed to confirm the relationship and reveal underlying mechanisms.