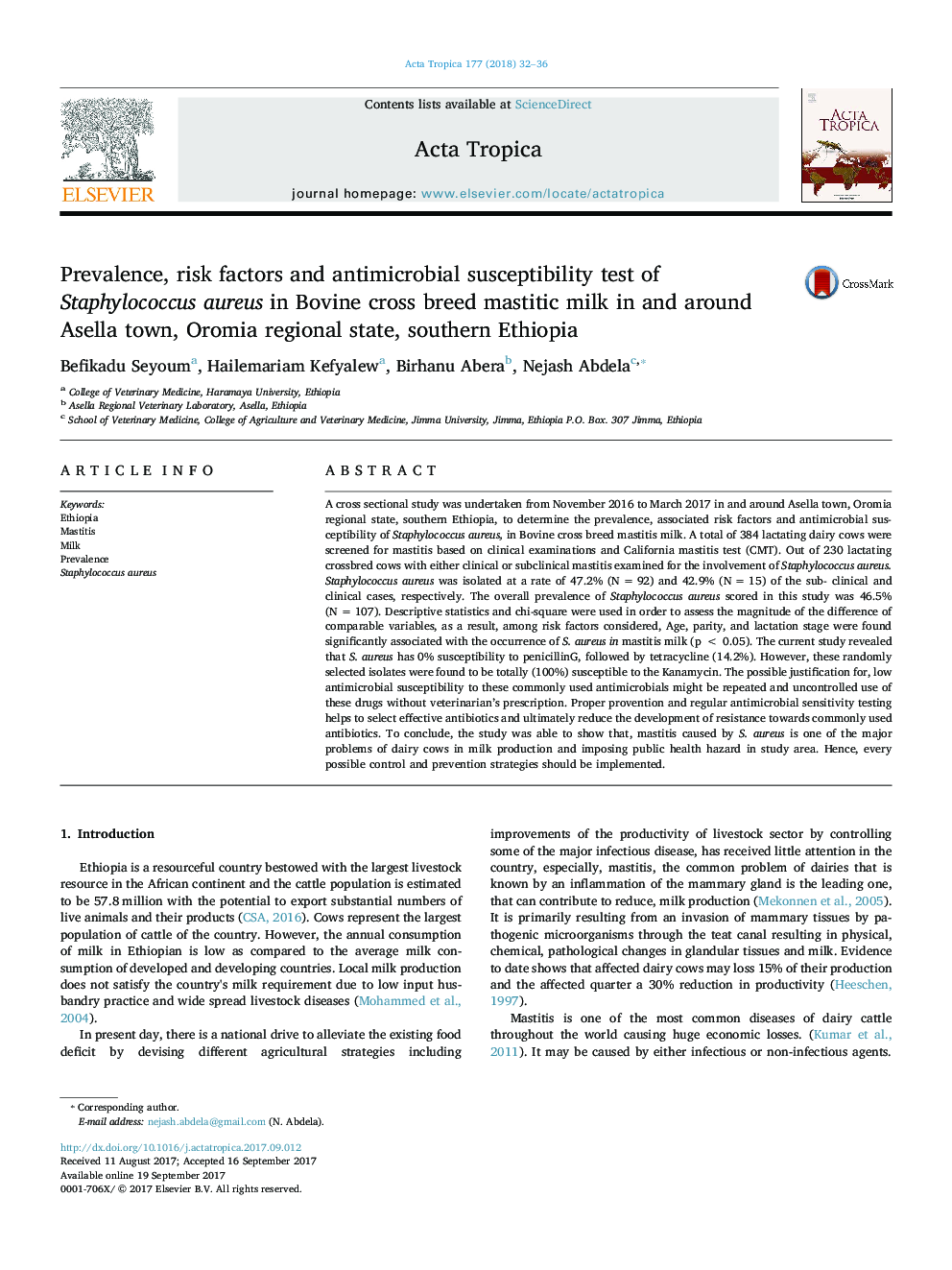 A cross sectional study was undertaken from November 2016 to March 2017 in and around Asella town, Oromia regional state, southern Ethiopia, to determine the prevalence, associated risk factors and antimicrobial susceptibility of Staphylococcus aureus, in Bovine cross breed mastitis milk. A total of 384 lactating dairy cows were screened for mastitis based on clinical examinations and California mastitis test (CMT). Out of 230 lactating crossbred cows with either clinical or subclinical mastitis examined for the involvement of Staphylococcus aureus. Staphylococcus aureus was isolated at a rate of 47.2% (NÂ =Â 92) and 42.9% (NÂ =Â 15) of the sub- clinical and clinical cases, respectively. The overall prevalence of Staphylococcus aureus scored in this study was 46.5% (NÂ =Â 107). Descriptive statistics and chi-square were used in order to assess the magnitude of the difference of comparable variables, as a result, among risk factors considered, Age, parity, and lactation stage were found significantly associated with the occurrence of S. aureus in mastitis milk (pÂ <Â 0.05). The current study revealed that S. aureus has 0% susceptibility to penicillinG, followed by tetracycline (14.2%). However, these randomly selected isolates were found to be totally (100%) susceptible to the Kanamycin. The possible justification for, low antimicrobial susceptibility to these commonly used antimicrobials might be repeated and uncontrolled use of these drugs without veterinarian's prescription. Proper provention and regular antimicrobial sensitivity testing helps to select effective antibiotics and ultimately reduce the development of resistance towards commonly used antibiotics. To conclude, the study was able to show that, mastitis caused by S. aureus is one of the major problems of dairy cows in milk production and imposing public health hazard in study area. Hence, every possible control and prevention strategies should be implemented.