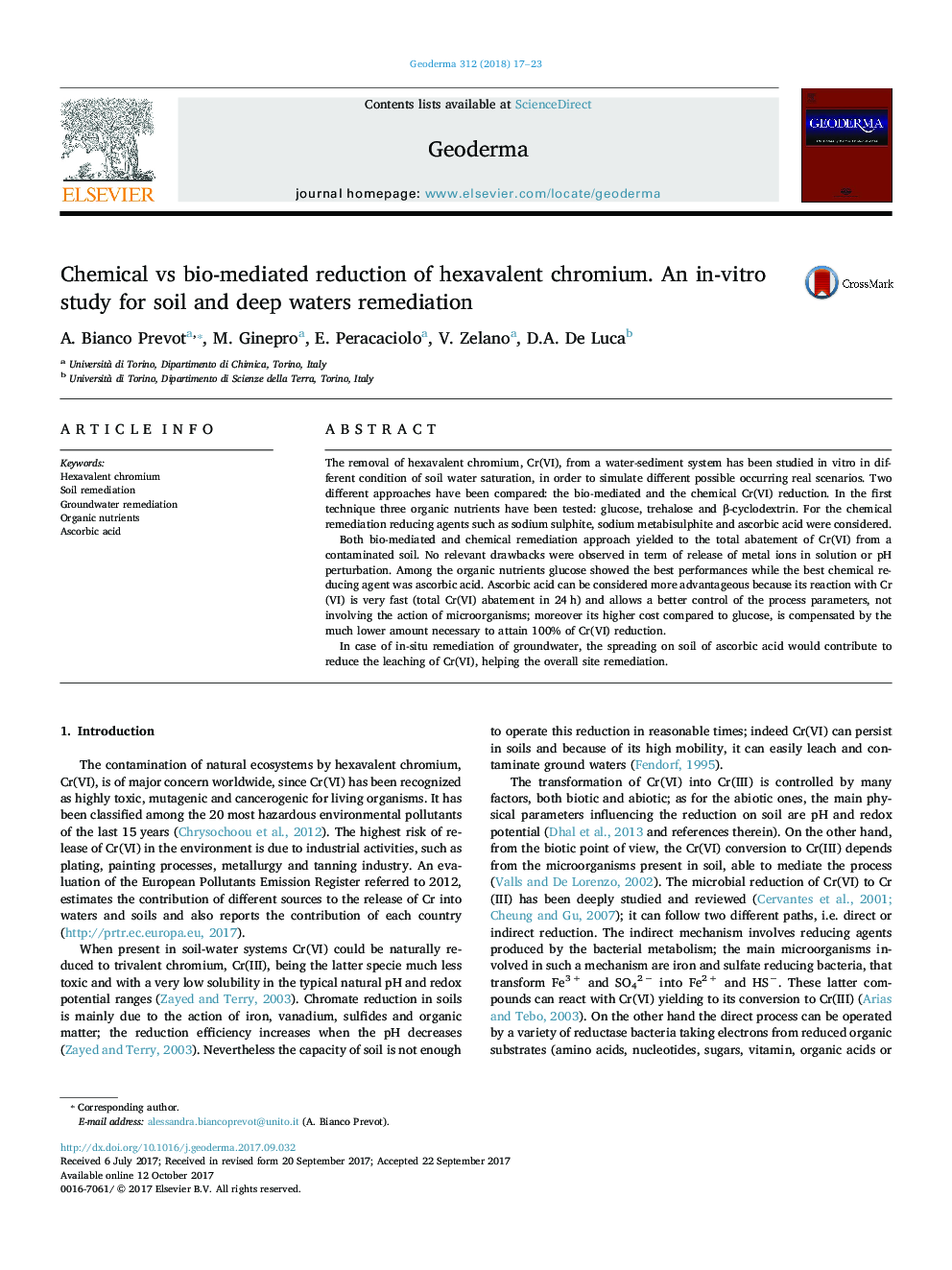 The removal of hexavalent chromium, Cr(VI), from a water-sediment system has been studied in vitro in different condition of soil water saturation, in order to simulate different possible occurring real scenarios. Two different approaches have been compared: the bio-mediated and the chemical Cr(VI) reduction. In the first technique three organic nutrients have been tested: glucose, trehalose and Î²-cyclodextrin. For the chemical remediation reducing agents such as sodium sulphite, sodium metabisulphite and ascorbic acid were considered.Both bio-mediated and chemical remediation approach yielded to the total abatement of Cr(VI) from a contaminated soil. No relevant drawbacks were observed in term of release of metal ions in solution or pH perturbation. Among the organic nutrients glucose showed the best performances while the best chemical reducing agent was ascorbic acid. Ascorbic acid can be considered more advantageous because its reaction with Cr(VI) is very fast (total Cr(VI) abatement in 24Â h) and allows a better control of the process parameters, not involving the action of microorganisms; moreover its higher cost compared to glucose, is compensated by the much lower amount necessary to attain 100% of Cr(VI) reduction.In case of in-situ remediation of groundwater, the spreading on soil of ascorbic acid would contribute to reduce the leaching of Cr(VI), helping the overall site remediation.