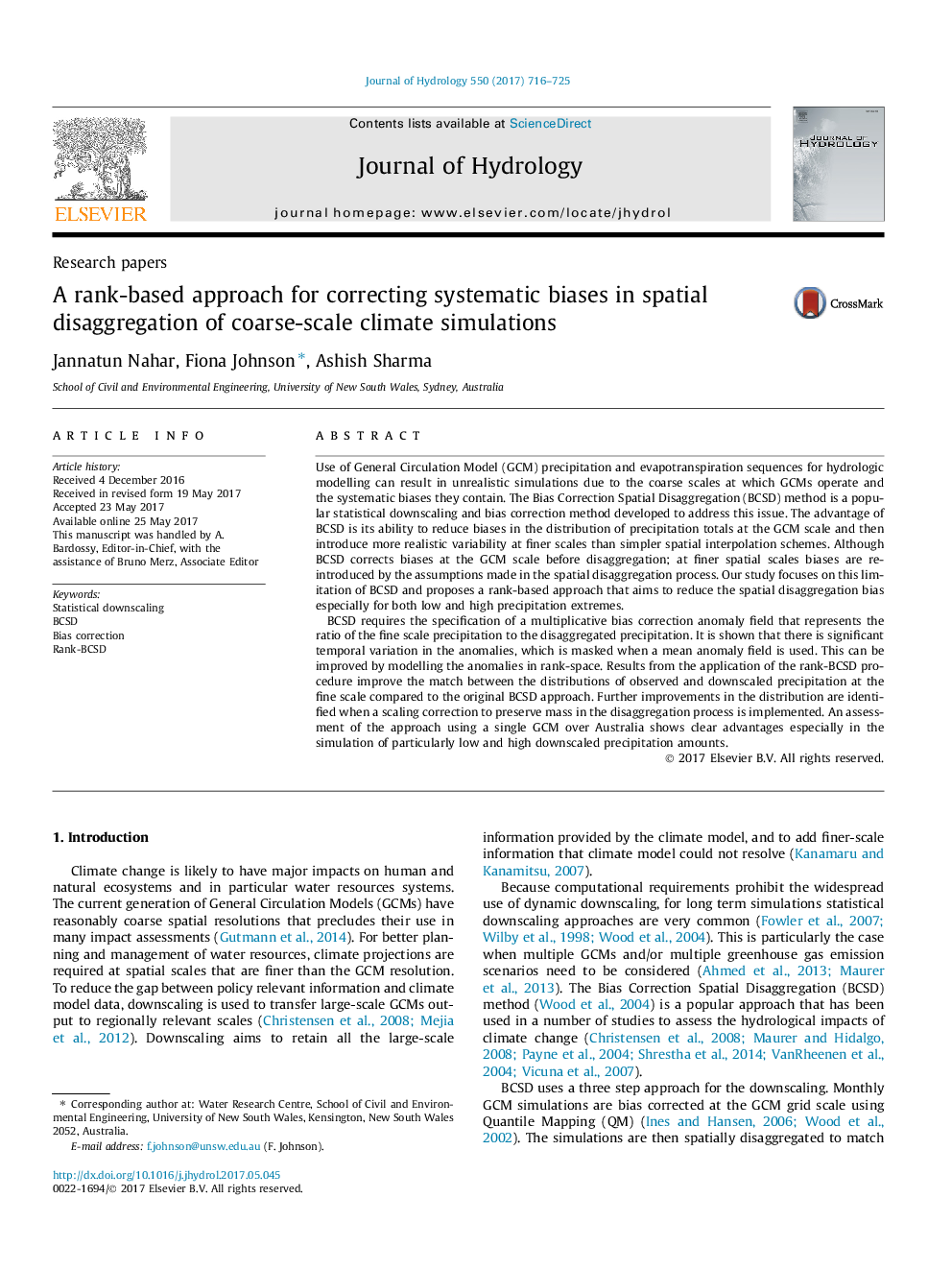 Use of General Circulation Model (GCM) precipitation and evapotranspiration sequences for hydrologic modelling can result in unrealistic simulations due to the coarse scales at which GCMs operate and the systematic biases they contain. The Bias Correction Spatial Disaggregation (BCSD) method is a popular statistical downscaling and bias correction method developed to address this issue. The advantage of BCSD is its ability to reduce biases in the distribution of precipitation totals at the GCM scale and then introduce more realistic variability at finer scales than simpler spatial interpolation schemes. Although BCSD corrects biases at the GCM scale before disaggregation; at finer spatial scales biases are re-introduced by the assumptions made in the spatial disaggregation process. Our study focuses on this limitation of BCSD and proposes a rank-based approach that aims to reduce the spatial disaggregation bias especially for both low and high precipitation extremes.BCSD requires the specification of a multiplicative bias correction anomaly field that represents the ratio of the fine scale precipitation to the disaggregated precipitation. It is shown that there is significant temporal variation in the anomalies, which is masked when a mean anomaly field is used. This can be improved by modelling the anomalies in rank-space. Results from the application of the rank-BCSD procedure improve the match between the distributions of observed and downscaled precipitation at the fine scale compared to the original BCSD approach. Further improvements in the distribution are identified when a scaling correction to preserve mass in the disaggregation process is implemented. An assessment of the approach using a single GCM over Australia shows clear advantages especially in the simulation of particularly low and high downscaled precipitation amounts.