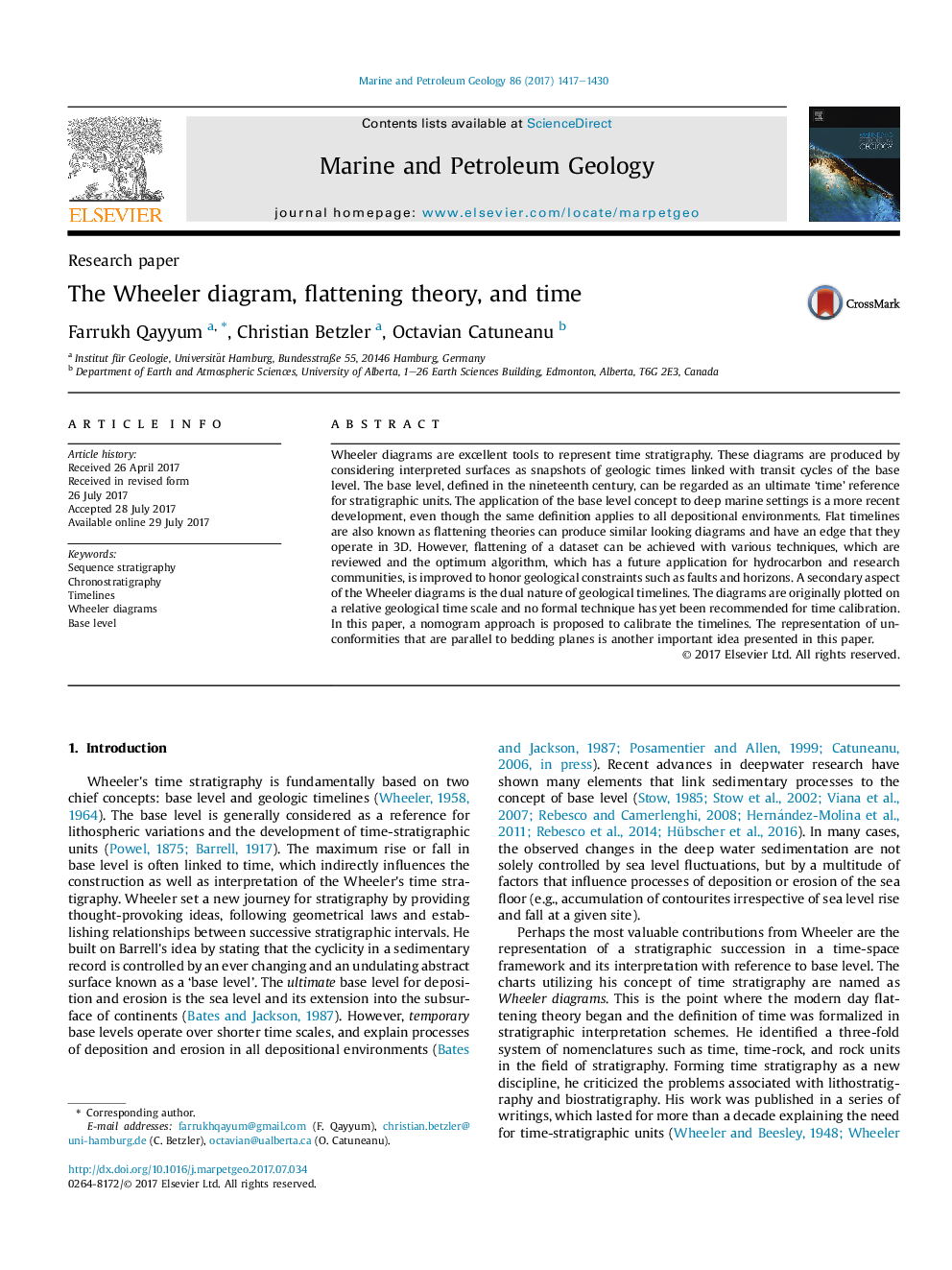 - This paper reviews and proposes a revision of the 'base level' placement in the deep water settings.
- Summarizes the elements of the base level.
- A review on Wheeler diagrams & flattening theories.
- Grabau - Wheeler charts and their analogy. An unattended and overlooked case.
- Three solutions for automated Wheeler diagrams:a.Inversion based flattening techniques revisited and new solutions are proposed.b.RAT Nomogram is proposed for calibration.c.Representation of disconformities or paraconformities in the Wheeler diagrams.

Wheeler diagrams are excellent tools to represent time stratigraphy. These diagrams are produced by considering interpreted surfaces as snapshots of geologic times linked with transit cycles of the base level. The base level, defined in the nineteenth century, can be regarded as an ultimate 'time' reference for stratigraphic units. The application of the base level concept to deep marine settings is a more recent development, even though the same definition applies to all depositional environments. Flat timelines are also known as flattening theories can produce similar looking diagrams and have an edge that they operate in 3D. However, flattening of a dataset can be achieved with various techniques, which are reviewed and the optimum algorithm, which has a future application for hydrocarbon and research communities, is improved to honor geological constraints such as faults and horizons. A secondary aspect of the Wheeler diagrams is the dual nature of geological timelines. The diagrams are originally plotted on a relative geological time scale and no formal technique has yet been recommended for time calibration. In this paper, a nomogram approach is proposed to calibrate the timelines. The representation of unconformities that are parallel to bedding planes is another important idea presented in this paper.