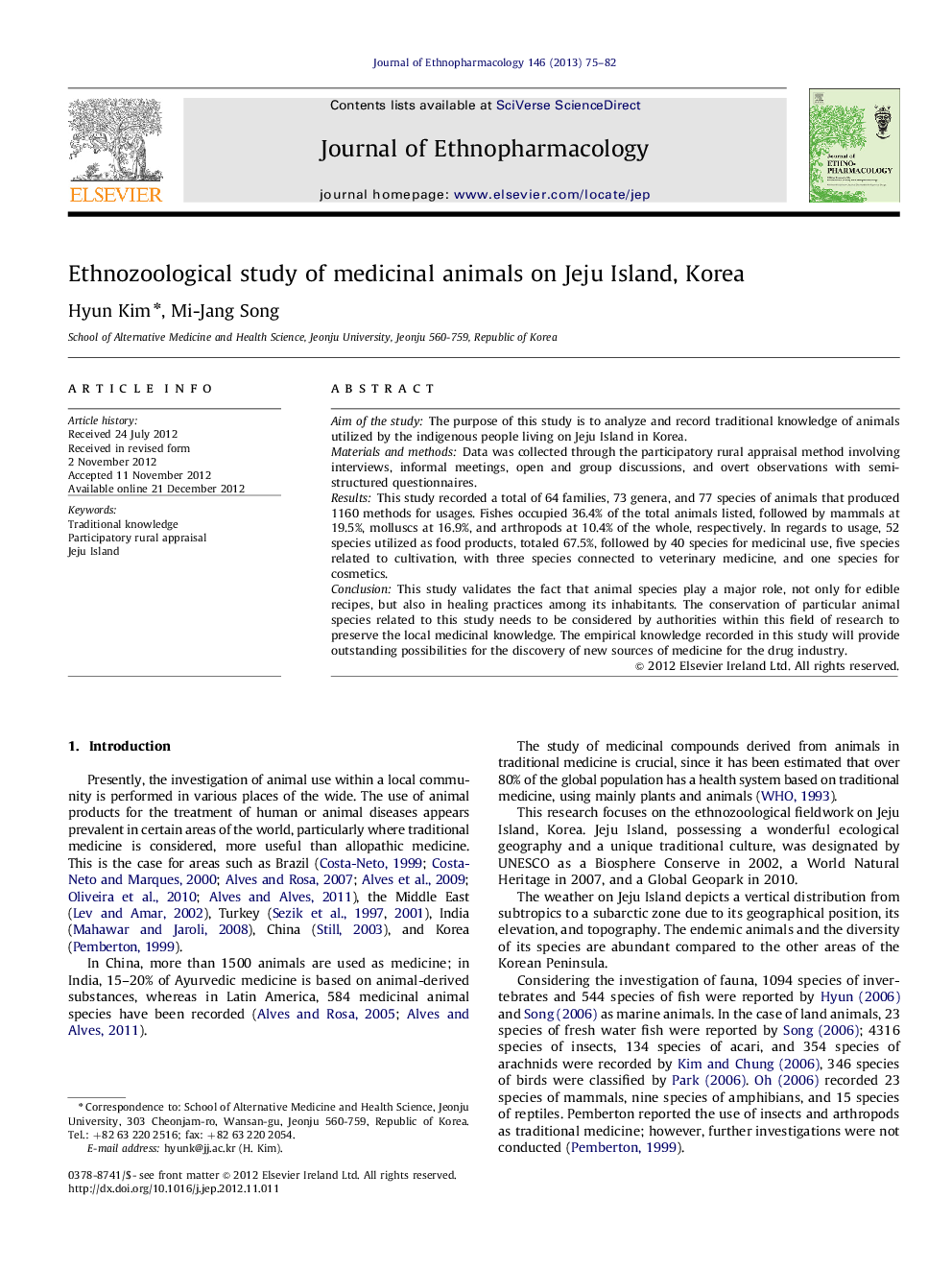 Aim of the studyThe purpose of this study is to analyze and record traditional knowledge of animals utilized by the indigenous people living on Jeju Island in Korea.Materials and methodsData was collected through the participatory rural appraisal method involving interviews, informal meetings, open and group discussions, and overt observations with semi-structured questionnaires.ResultsThis study recorded a total of 64 families, 73 genera, and 77 species of animals that produced 1160 methods for usages. Fishes occupied 36.4% of the total animals listed, followed by mammals at 19.5%, molluscs at 16.9%, and arthropods at 10.4% of the whole, respectively. In regards to usage, 52 species utilized as food products, totaled 67.5%, followed by 40 species for medicinal use, five species related to cultivation, with three species connected to veterinary medicine, and one species for cosmetics.ConclusionThis study validates the fact that animal species play a major role, not only for edible recipes, but also in healing practices among its inhabitants. The conservation of particular animal species related to this study needs to be considered by authorities within this field of research to preserve the local medicinal knowledge. The empirical knowledge recorded in this study will provide outstanding possibilities for the discovery of new sources of medicine for the drug industry.