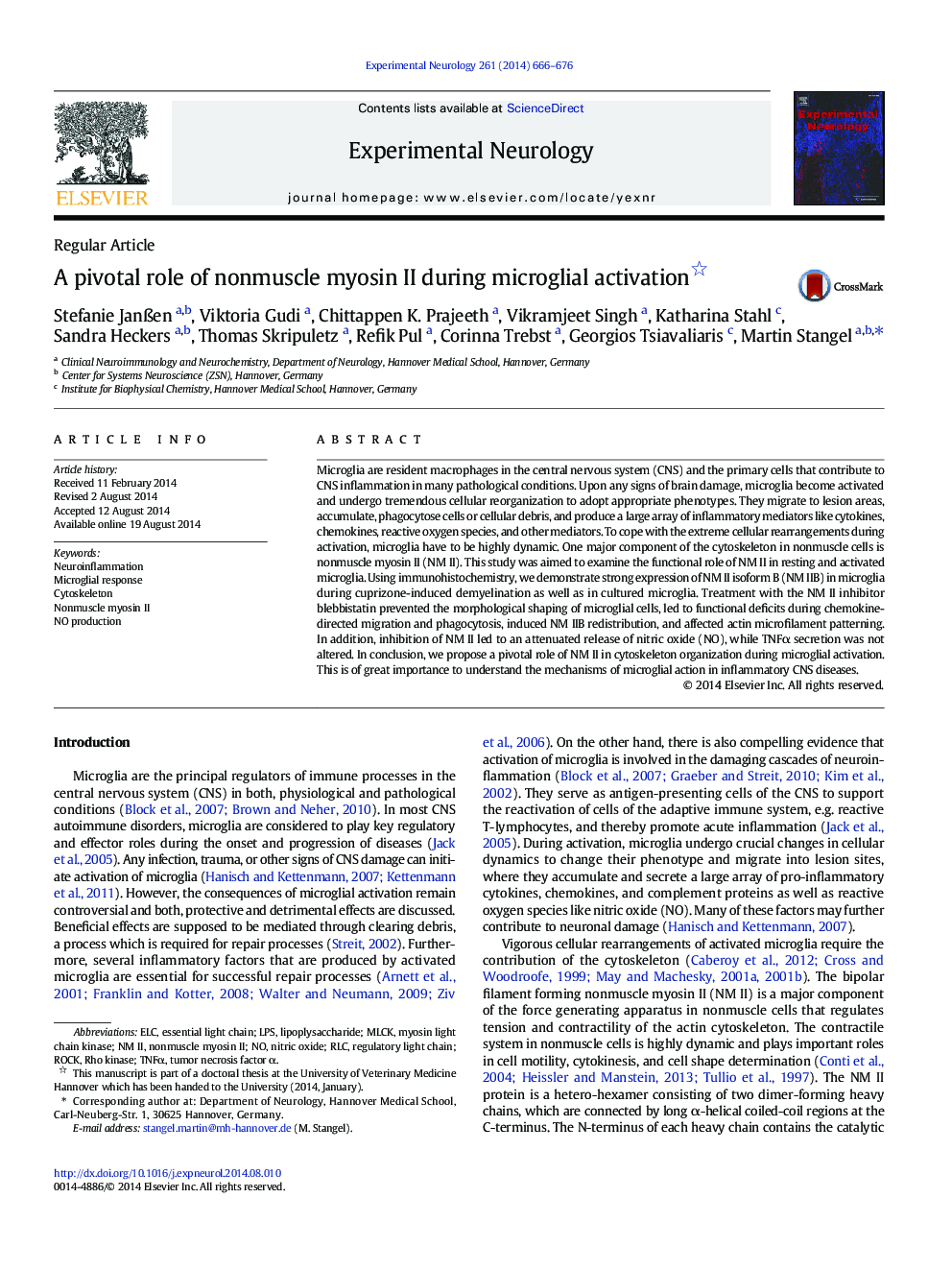 - NM IIB is strongly expressed in activated microglia in vivo and in vitro.
- NM II blockade prevents microglial shape determination, migration and phagocytosis.
- Microglial production of NO, but not TNFÎ±, is dependent on NM II activity.

Microglia are resident macrophages in the central nervous system (CNS) and the primary cells that contribute to CNS inflammation in many pathological conditions. Upon any signs of brain damage, microglia become activated and undergo tremendous cellular reorganization to adopt appropriate phenotypes. They migrate to lesion areas, accumulate, phagocytose cells or cellular debris, and produce a large array of inflammatory mediators like cytokines, chemokines, reactive oxygen species, and other mediators. To cope with the extreme cellular rearrangements during activation, microglia have to be highly dynamic. One major component of the cytoskeleton in nonmuscle cells is nonmuscle myosin II (NM II). This study was aimed to examine the functional role of NM II in resting and activated microglia. Using immunohistochemistry, we demonstrate strong expression of NM II isoform B (NM IIB) in microglia during cuprizone-induced demyelination as well as in cultured microglia. Treatment with the NM II inhibitor blebbistatin prevented the morphological shaping of microglial cells, led to functional deficits during chemokine-directed migration and phagocytosis, induced NM IIB redistribution, and affected actin microfilament patterning. In addition, inhibition of NM II led to an attenuated release of nitric oxide (NO), while TNFÎ± secretion was not altered. In conclusion, we propose a pivotal role of NM II in cytoskeleton organization during microglial activation. This is of great importance to understand the mechanisms of microglial action in inflammatory CNS diseases.