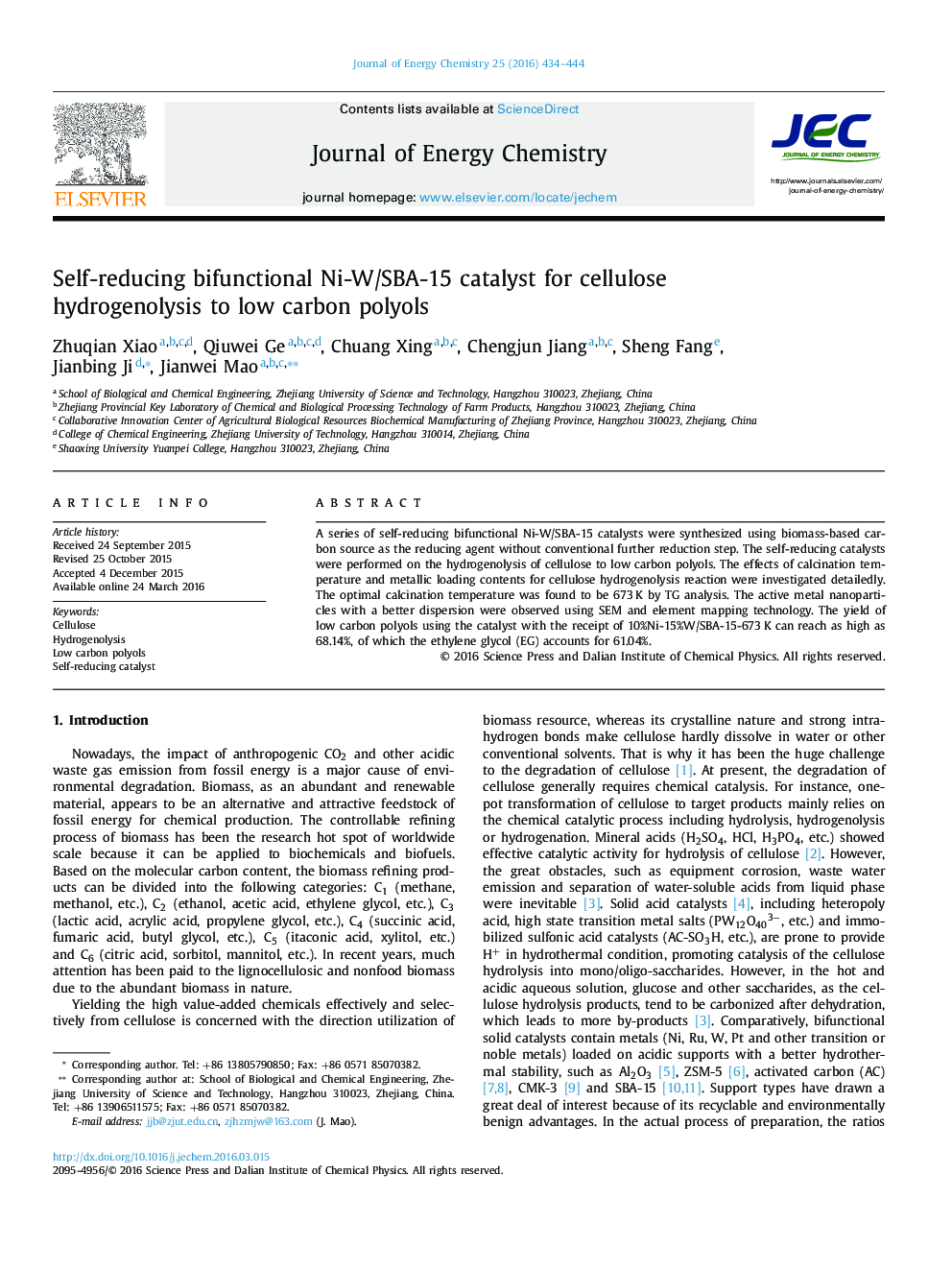 A series of self-reducing bifunctional Ni-W/SBA-15 catalysts were synthesized using biomass-based carbon source as the reducing agent without conventional further reduction step. The self-reducing catalysts were performed on the hydrogenolysis of cellulose to low carbon polyols. The effects of calcination temperature and metallic loading contents for cellulose hydrogenolysis reaction were investigated detailedly. The optimal calcination temperature was found to be 673 K by TG analysis. The active metal nanoparticles with a better dispersion were observed using SEM and element mapping technology. The yield of low carbon polyols using the catalyst with the receipt of 10%Ni-15%W/SBA-15-673 K can reach as high as 68.14%, of which the ethylene glycol (EG) accounts for 61.04%.

The series of self-reducing bifunctional catalysts were prepared without conventional further reduction step. Soluble biomacromolecule was introduced in the process of catalysts synthesis.Figure optionsDownload as PowerPoint slide