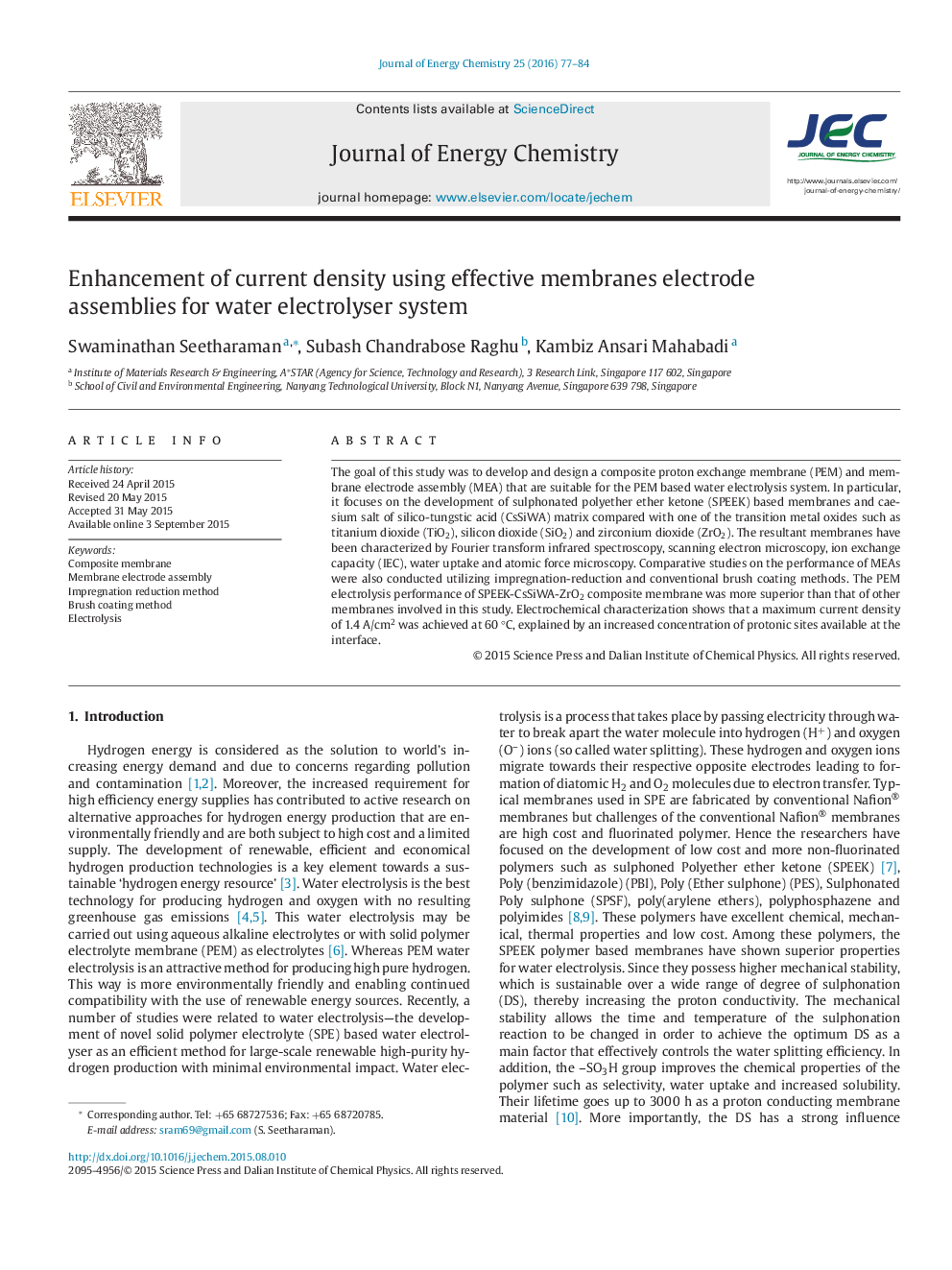 The goal of this study was to develop and design a composite proton exchange membrane (PEM) and membrane electrode assembly (MEA) that are suitable for the PEM based water electrolysis system. In particular, it focuses on the development of sulphonated polyether ether ketone (SPEEK) based membranes and caesium salt of silico-tungstic acid (CsSiWA) matrix compared with one of the transition metal oxides such as titanium dioxide (TiO2), silicon dioxide (SiO2) and zirconium dioxide (ZrO2). The resultant membranes have been characterized by Fourier transform infrared spectroscopy, scanning electron microscopy, ion exchange capacity (IEC), water uptake and atomic force microscopy. Comparative studies on the performance of MEAs were also conducted utilizing impregnation-reduction and conventional brush coating methods. The PEM electrolysis performance of SPEEK-CsSiWA-ZrO2 composite membrane was more superior than that of other membranes involved in this study. Electrochemical characterization shows that a maximum current density of 1.4 A/cm2 was achieved at 60 °C, explained by an increased concentration of protonic sites available at the interface.

Identification and development of a proton exchange membranes (PEM) and membrane electrode assembly on the performance of the PEM based water electrolysis system were made to explore the effect of the structural combination of the same.Figure optionsDownload as PowerPoint slide