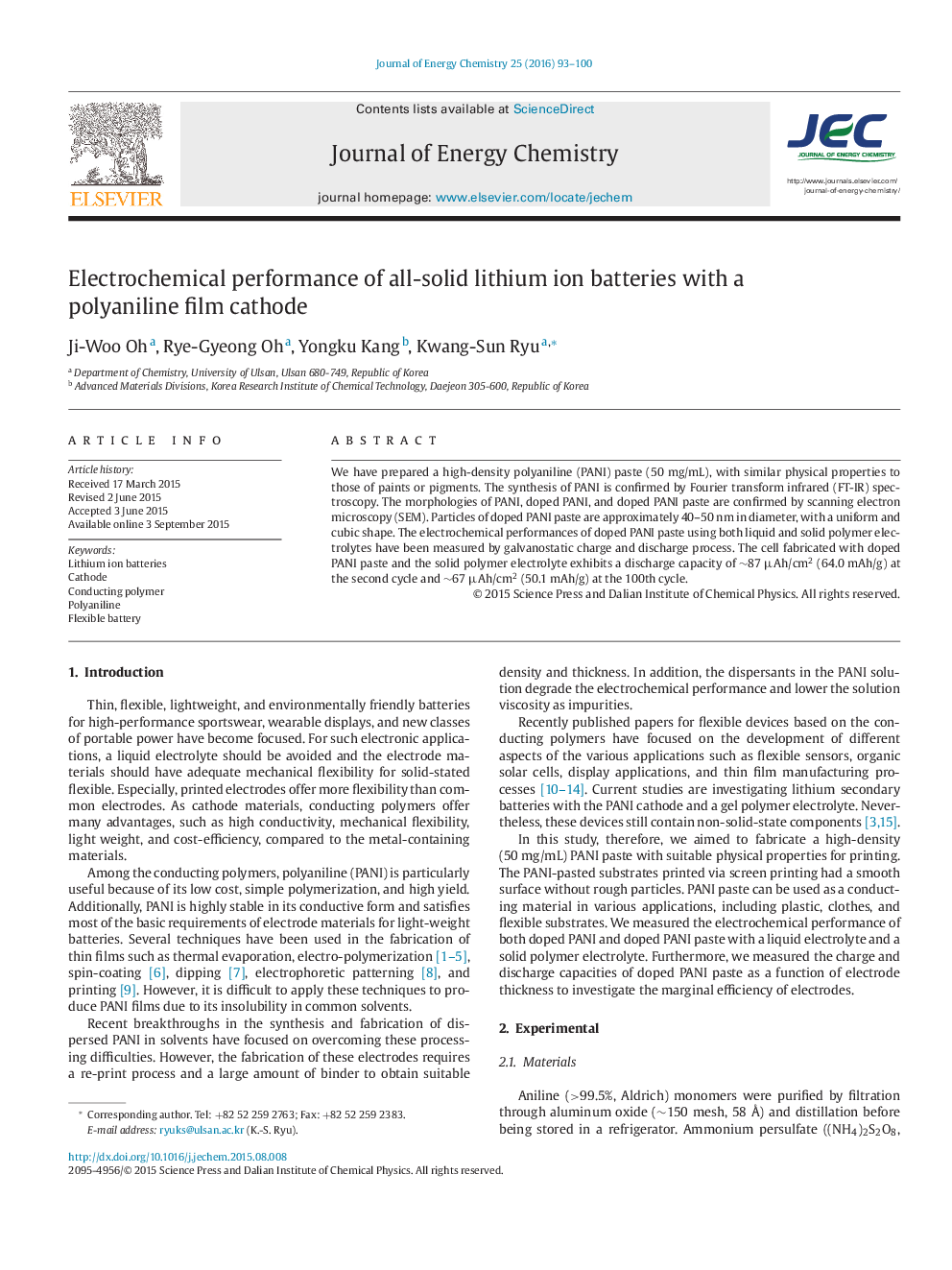 We have prepared a high-density polyaniline (PANI) paste (50 mg/mL), with similar physical properties to those of paints or pigments. The synthesis of PANI is confirmed by Fourier transform infrared (FT-IR) spectroscopy. The morphologies of PANI, doped PANI, and doped PANI paste are confirmed by scanning electron microscopy (SEM). Particles of doped PANI paste are approximately 40–50 nm in diameter, with a uniform and cubic shape. The electrochemical performances of doped PANI paste using both liquid and solid polymer electrolytes have been measured by galvanostatic charge and discharge process. The cell fabricated with doped PANI paste and the solid polymer electrolyte exhibits a discharge capacity of ∼87 µAh/cm2 (64.0 mAh/g) at the second cycle and ∼67 µAh/cm2 (50.1 mAh/g) at the 100th cycle.

High density PANI paste was synthesized via the chemical oxidative polymerization method and printed via screen printing. The crystallinity and conductivity of the doped PANI paste were increased compared to those of doped PANI. The 70 µm-thick electrodes with the liquid electrolyte delivered the highest specific capacity.Figure optionsDownload as PowerPoint slide